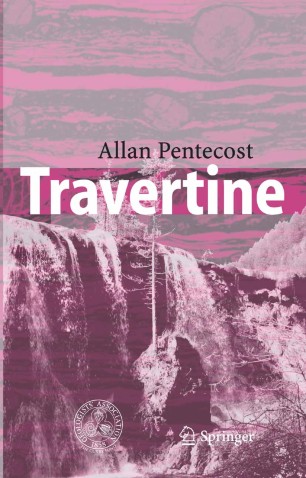 uring the spring of 1960, an uncle showed me a ‘petrifying spring’ near Plaxtol in Kent Dwhere twigs had been encased in a calcareous jacket. A twig was collected and having - cently been given I. Evan’s Observer’s Book of Geology by my parents, I found a photograph of another petrifying spring and an explanation of its origin. In those days, Derbyshire was too far for a holiday destination, and I took little further interest until a research studentship with Professor G. E. Fogg became available in 1971. Tony Fogg had recently moved to the University College of North Wales, Bangor and the research was to be into cyanobacterium mats, with fieldwork along the Red Sea coast. The fieldwork never materialised but my interest in algal mats had been aroused. A chance stroll along the Bangor shore revealed beautifully calcified cya- bacterium mats, and Tony generously allowed me to investigate these instead. The old Plaxtol collection was retrieved and yielded abundant cyanobacteria. It became apparent that here was a wealth of information about a rock whose formation was so rapid, that the process could be studied in days rather than years – an exceptional state of affairs. A search of the literature also revealed that the rock, a form of travertine, had other unusual features.