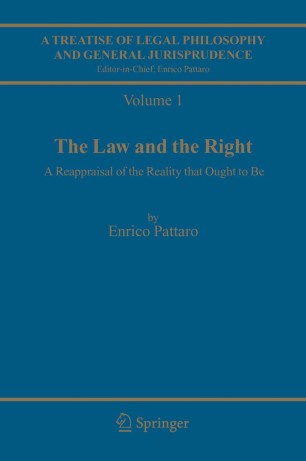 A Treatise of Legal Philosophy and General Jurisprudence

A Treatise of Legal Philosophy and General Jurisprudence is the first-ever multivolume treatment of the issues in legal philosophy and general jurisprudence, from both a theoretical and a historical perspective. The work is aimed at jurists as well as legal and practical philosophers. Edited by the renowned theorist Enrico Pattaro and his team, this book is a classical reference work that would be of great interest to legal and practical philosophers as well as to jurists and legal scholar at all levels. The work is divided The theoretical part (published in 2005), consisting of five volumes, covers the main topics of the contemporary debate; the historical part, consisting of six volumes (Volumes 6-8 published in 2007; Volumes 9 and 10, published in 2009; Volume 11 published in 2011 and volume 12 forthcoming in 2012/2013), accounts for the development of legal thought from ancient Greek times through the twentieth century. The entire set will be completed with an index.

Volume 1: The Law and the Right, a Reappraisal of the Reality that ought to be