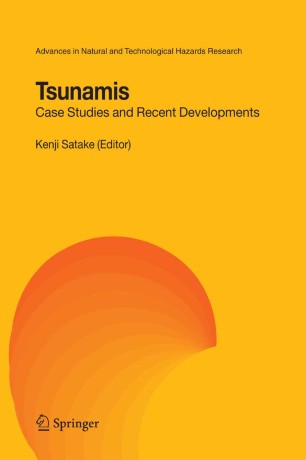 This book contains 20 papers reflecting the state-of-the-art tsunami research. Most of them were presented at the two international meetings held in 2003: the 21st International Tsunami Symposium, held on July 9 and 10th as a part of IUGG general assembly in Sapporo, Japan, and an International Workshop on Tsunamis in the South Pacific, held on September 25 and 26th in Wellington, New Zealand. More recent work, including the field survey report of the Tokachi-oki earthquake tsunami of September 26, 2003, is also included. Synolakis and Okall summarize the survey results of International Tsunami Survey Teams, as well as seismological and numerical modelling studies of 15 tsunami events occurred between 1992 and 2002. In this active decade of tsunami disasters, the tsunami community has learned how to organize ITST, describe, document and share the results of surveys. The authors also propose a method to discriminate the seismic tsunamis from landslide tsunamis based on the observed runup heights, and demonstrate it for the recent tsunamis. Power et al. report the tsunamis generated by the 2003 Fiordland, New Zealand, earthquake (M 7. 2). This earthquake generated two kinds of tsunamis; a local large (4-5 m) tsunami generated by rockslide in a sound, and a smaller tsunami generated by earthquake fa aulting and detected on tide gauges in Australia. Three papers discuss volcanic tsunamis in the western Pacific region. Nishimura et al. report the tsunami from the 1994 eruption of Rabaul volcanoes.