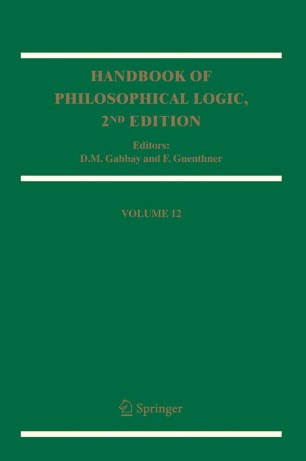 The first edition of the Handbook of Philosophical Logic (four volumes) was published in the period 1983-1989 and has proven to be an invaluable reference work to both students and researchers in formal philosophy, language and logic. The second edition of the Handbook is intended to comprise some 18 volumes and will provide a very up-to-date authoritative, in-depth coverage of all major topics in philosophical logic and its applications in many cutting-edge fields relating to computer science, language, argumentation, etc. The volumes will no longer be as topic-oriented as with the first edition because of the way the subject has evolved over the last 15 years or so. However the volumes will follow some natural groupings of chapters. Audience: Students and researchers whose work or interests involve philosophical logic and its applications