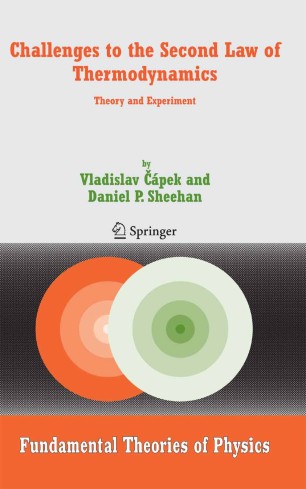 Challenges to the Second Law of Thermodynamics

The second law of thermodynamics is considered one of the central laws of science, engineering and technology. For over a century it has been assumed to be inviolable by the scientific community. Over the last 10-20 years, however, more than two dozen challenges to it have appeared in the physical literature - more than during any other period in its 150-year history. The number and variety of these represent a cogent threat to its absolute status. This is the first book to document and critique these modern challenges. Written by two leading exponents of this rapidly emerging field, it covers the theoretical and experimental aspects of principal challenges. In addition, unresolved foundational issues concerning entropy and the second law are explored. This book should be of interest to anyone whose work or research is touched by the second law.