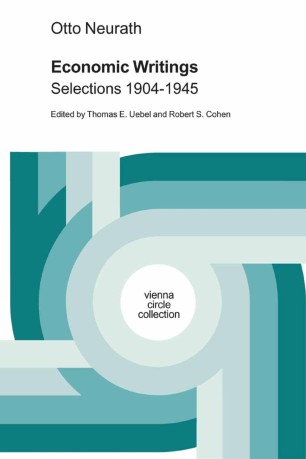 This book makes available for the first time in English a substantial part of Otto Neurath's economic writings. The essays and small monographs translated here extend from his student years to his last ever finished piece. They chart not only Neurath's varied interests in the economic history of antiquity, in war economics and schemes for the socialisation of peacetime economies, in the theory of welfare measures and social indicators and in issues of the theory of collective choice, but also show his philosophical interests emerging in his contributions to seminal debates of the German Social Policy Association. This volume shows that Neurath's important contributions to the socialist calculation debate are but one aspect of a many-sided and original oeuvre. The translations are preceded by an introductory essay by one of the editors which contextualises the selections by locating them in the various debates of the time that provided their original setting.