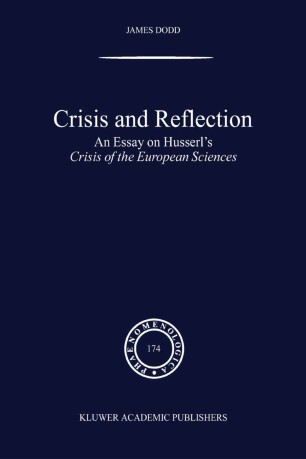 An Essay on Husserl’s Crisis of the European Sciences

In his last work, "Crisis of the European Sciences and Transcendental Phenomenology", Edmund Husserl formulated a radical new approach to phenomenological philosophy. Unlike his previous works, in the "Crisis" Husserl embedded this formulation in an ambitious reflection on the essence and value of the idea of rational thought and culture, a reflection that he considered to be an urgent necessity in light of the political, social, and intellectual crisis of the interwar period. In this book, James Dodd pursues an interpretation of Husserl's text that emphasizes the importance of the problem of the origin of philosophy, as well as advances the thesis that, for Husserl, the "crisis of reason" is not a contingent historical event, but a permanent feature of a life in reason generally.