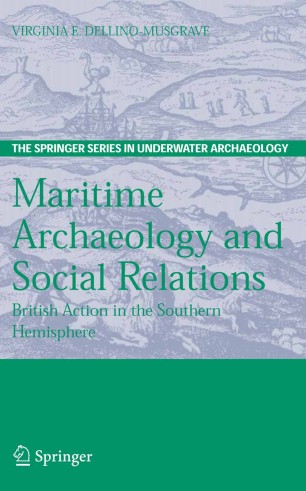 British Action in the Southern Hemisphere

Global processes such as capitalism and colonialism are influenced by local forces and manifested in events at a local level. The study of local practices can thus provide new insights into broader social relations. This book analyses British action at the end of the 18th century in the Southern hemisphere. Two Royal Navy ships, one off the Argentinean coast and one off the Southeast Australian coast are examined.

By applying the concept of praxis, British action is integrated in both land and maritime spaces. A closer look into the associated experienced landscapes enhances our understanding of how social identities were projected at local and global levels.

This book goes beyond a descriptive analysis of wrecks by exploring them and their cargoes as embodiments of 18th century social relations. Maritime Archaeology and Social Relations challenges traditional maritime approaches providing a different perspective that emphasises the richness, diversity and complexity of British action.