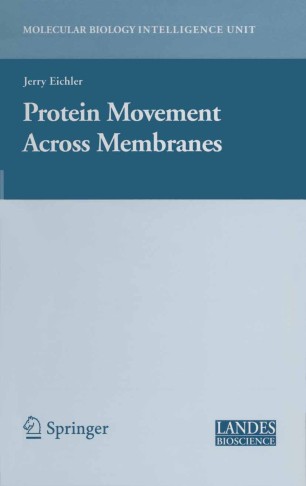 This book addresses the most recent advances in the transport of proteins across a variety of biological membranes. In addressing this topic, this volume includes several new twists not previously addressed in the literature. In the last few years, the study of protein translocation has been revolutionized by the availability of structural information on many of the components and complexes involved in the process. Unlike earlier books written on protein translocation, this volume considers these advances. In addition, several chapters discuss facets of protein translocation from a systems biology perspective, considered by many to be the next paradigm for biological study. Readers of this book will come away with a deeper understanding of the problems facing researchers of protein translocation and see how the most modern biological techniques and approaches are being recruited to answer those questions. The chapters are also written such that problems awaiting future investigation are clearly presented.

Jerry Eichler was born in Montreal, Canada, where he obtained his B.Sc. from McGill University. After spending time traveling in Asia, he moved to Israel. He subsequently obtained both his M.Sc. and Ph.D. degrees at the Weizmann Institute of Science, in the field of neurobiology. Following post-doctoral training in the field of bacterial protein export in the laboratory of Bill Wickner at the Dartmouth Medical School, NH, USA, he returned to Israel to accept a university research position. Today, he is an Associate Professor in the Dept. of Life Sciences at Ben Gurion University in Beersheva.

In his research, Dr. Eichler addresses protein translocation across the plasma membrane of Archaea, using a halophilic organism originally isolated from the Dead Sea as a model system. Archaea, the third domain of life, are best known in their capacities as extremophiles, creatures able to survive amongst the most physically challenging conditions on Earth. His work on archaeal protein translocation has been recognized by numerous international scientific bodies, including the Israel Society for Microbiology, which honored him with their Young Scientist Award in 2001.