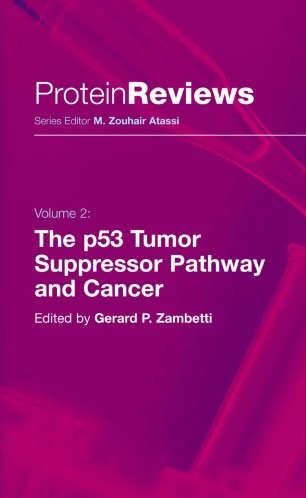 The current year (2004) marks the Silver Anniversary of the discovery of the p53 tumor suppressor. The emerging ?eld ?rst considered p53 as a viral antigen and then as an oncogene that cooperates with activated ras in transforming primary cells in culture. Fueling the concept of p53 acting as a transforming factor, p53 expression was markedly elevated in various transformed and tumorigenic cell lines when compared to normal cells. In a simple twist of fate, most of the studies conducted in those early years inadvertently relied on a point mutant of p53 that had been cloned from a normal mouse genomic library. A bona ?de wild-type p53 cDNA was subsequently isolated, ironically, from a mouse teratocarcinoma cell line. A decade after its discovery, p53 was shown to be a tumor suppressor that protects against cancer. It is now recognized that approximately half of all human tumors arise due to mutations within the p53 gene. As remarkable as this number may seem, it signi?cantly underrepresents how often the p53 pathway is targeted during tumorigenesis. It is my personal view, as well as many in the p53 ?eld, that the p53-signaling pathway is corrupted in nearly 100% of tumors. If you are interested in understanding cancer and how it develops, you must begin by studying p53 and its pathway. After demonstrating that p53 functions as a tumor suppressor the ?eld exploded and p53 became a major focus of scientists around the world.