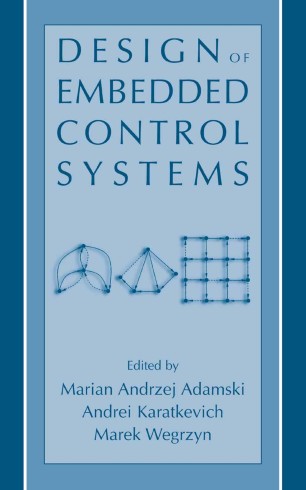 A set of original results in the ?eld of high-level design of logical control devices and systems is presented in this book. These concern different aspects of such important and long-term design problems, including the following, which seem to be the main ones. First, the behavior of a device under design must be described properly, and some adequate formal language should be chosen for that. Second, effective algorithmsshouldbeusedforcheckingtheprepareddescriptionforcorrectness, foritssyntacticandsemanticveri?cationattheinitialbehaviorlevel.Third,the problem of logic circuit implementation must be solved using some concrete technological base; ef?cient methods of logic synthesis, test, and veri?cation should be developed for that. Fourth, the task of the communication between the control device and controlled objects (and maybe between different control devices)waitsforitssolution.Alltheseproblemsarehardenoughandcannotbe successfully solved without ef?cient methods and algorithms oriented toward computer implementation. Some of these are described in this book. The languages used for behavior description have been descended usually from two well-known abstract models which became classic: Petri nets and ?nite state machines (FSMs). Anyhow, more detailed versions are developed and described in the book, which enable to give more complete information concerningspeci?cqualitiesoftheregardedsystems.Forexample,themodelof parallelautomatonispresented,whichunliketheconventional?niteautomaton can be placed simultaneously into several places, calledpartial. As a base for circuit implementation of control algorithms, FPGA is accepted in majority of cases.