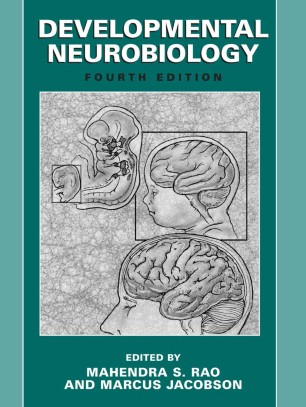 Developmental Neurobiology provides an up-to-date survey of the cellular events and the molecular contributors that contribute to the assembly of the vertebrate nervous system. The text will serve as a readily tractable source for advanced undergraduate neuroscience majors and beginning graduate students who will benefit from a single source to begin their study of a more detailed understanding of neural development. Each chapter is peppered with a sound mixture of historical context and descriptions from both the vertebrate and invertebrate literature that best illustrate specific aspects of development. The liberal use of simple diagrams and tables, which readily illustrate complex issues, is a welcome addition for instructor and student alike.

While classic topics of neural development, including axial patterning, cell proliferation, migration, cell death and synapse formation are covered, of particular interest are subjects that oftentimes received superficial coverage in texts, including separate, detailed chapters on oligodendrocyte and astrocyte development, and developmental mechanisms that relate to the process of aging. Multi-authored texts are often tricky to assemble for consistency, but Developmental Neurobiology succeeds in providing a sound introduction to the most exciting questions that neuroscientists will address experimentally for years to come.

When the inaugural edition of Developmental Neurobiology appeared in 1970, it was the first attempt to comprehensively assess our understanding of neuronal development since the publication of S.R. Detwiler’s book Neuroembryology in 1936. Although progress had been made in the intervening 34 years, the author, Marcus Jacobson, was correct in noting that in 1970 "most aspects of neural ontogeny could be surveyed at a glance". In contrast, by the time the 3rd edition appeared in 1991, the size of the book had increased by 40% and the number of references cited went from around 2,000 to over 8,000. Since 1991, however, the field has grown at an even more rapid rate and has now reached a point that makes it virtually impossible for a single individual to comprehensively and authoritatively assess the entire gamut of neural ontogeny.

Before his death in 2001, Jacobson together with the co-editor of the present edition, M. Rao, conceived the plan for a 4th edition that would be multiauthored with each chapter being written by experts in a sub-field. Although one of the joys of reading the previous three editions was the consistency of Jacobson’s inimitable prose style, in the present book there remains a smoothness and consistency of style that is unusual and refreshing in a multiauthored text. In 14 chapters that begins with neural induction and ends with developmental mechanisms of aging, virtually all of the major topics of neural development are discussed in a clear and coherent fashion and with the aid of ample illustrations. The inclusion of historical antecedents , past and present controversies, technical and conceptual advances together with a comprehensive discussion of each topic all add up to an excellent assessment of the field as it enters the 21st century. Although one misses the Jacobsonian idiosyncrasies of previous editions, the 4th edition is a fitting legacy of Marcus Jacobson’s four decades of empirical and pedagogical contributions to developmental neurobiology.