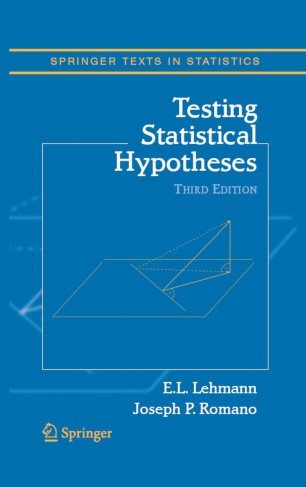 The third edition of Testing Statistical Hypotheses updates and expands upon the classic graduate text, emphasizing optimality theory for hypothesis testing and confidence sets. The principal additions include a rigorous treatment of large sample optimality, together with the requisite tools. In addition, an introduction to the theory of resampling methods such as the bootstrap is developed. The sections on multiple testing and goodness of fit testing are expanded. The text is suitable for Ph.D. students in statistics and includes over 300 new problems out of a total of more than 760.

Joseph P. Romano is Professor of Statistics at Stanford University. He is a recipient of a Presidential Young Investigator Award and a Fellow of the Institute of Mathematical Statistics. He has coauthored two other books, Subsampling with Dimitris Politis and Michael Wolf, and Counterexamples in Probability and Statistics with Andrew Siegel.