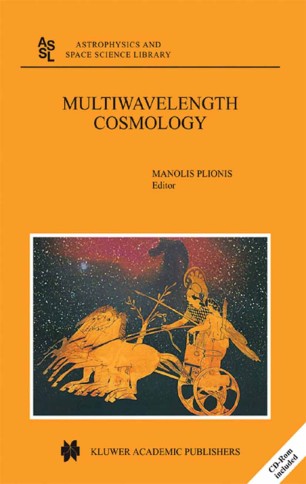 The recent scientific efforts in Astrophysics & Cosmology have brought a revolution to our understanding of the Cosmos. Amazing results is the outcome of amazing experiments! The huge scientific, technological & financial effort that has gone into building the 10-m class telescopes as well as many space and balloon observatories, essential to observe the multitude of cosmic phenomena in their manifestations at different wavelengths, from gamma-rays to the millimetre and the radio, has given and is still giving its fruits of knowledge.
These recent scientific achievements in Observational and Theoretical Cosmology were presented in the "Multiwavelength Cosmology" conference that took place on beautiful Mykonos island in the Aegean between 17 and 20 June 2003. More than 180 Cosmologists from all over the world gathered for a four-day intense meeting in which recent results from large ground based surveys (AAT/2-df, SLOAN) and space missions (WMAP, Chandra, XMM, ISO, HST) were presented and debated, providing a huge impetus to our knowledge of the Cosmos.
The future of the subject (experiments, and directions of research) was also discussed. The conference was devoted mostly on the constraints on Cosmological models and galaxy formation theories that arise from the study of the high redshift Universe, from clusters of galaxies, and their evolution, from the cosmic microwave background, the large-scale structure and star-formation history.