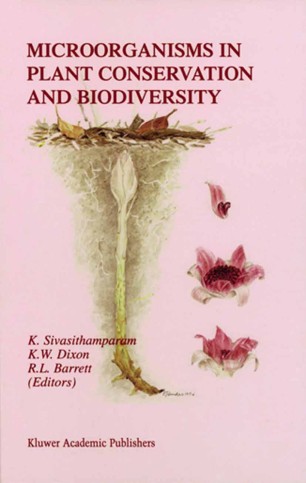 Microorganisms in Plant Conservation and Biodiversity

Plant conservation is increasingly recognised as an outstanding global priority, yet despite considerable efforts over the last few decades, the number of threatened species continues to rise. The practice of plant conservation has for too long been a rather hit-or-miss mixture of methods. While microorganisms have been recognised as a crucial and essential element in supporting the lifecycles of plant species, there has been limited recognition of the relationships between macro level conservation facilitating ecosystem functioning at the micro level.

This book addresses the role of microorganisms in conservation - both their support functions and deleterious roles in ecosystem processes and species survival. Importantly, a number of authors highlight how microbial diversity is, itself, now under threat from the many and pervasive influences of man. What is clear from this volume is that like many contemporary treatments of plant and animal conservation, the solution to mitigate the erosion of biodiversity is not simple. This book represents an attempt to bring to the fore the ecological underwriting provided by microorganisms.