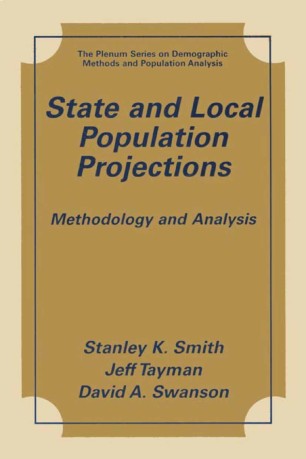 The initial plans for this book sprang from a late-afternoon conversation in a hotel bar. All three authors were attending the 1996 meeting of the Population As- ciation of America in New Orleans. While nursing drinks and expounding on a variety of topics, we began talking about our current research projects. It so happened that all three of us had been entertaining the notion of writing a book on state and local population projections. Recognizing the enormity of the project for a single author, we quickly decided to collaborate. Had we not decided to work together, it is unlikely that this book ever would have been written. The last comprehensive treatment of state and local population projections was Don Pittenger’s excellent work Projecting State and Local Populations (1976). Many changes affecting the production of population projections have occurred since that time. Technological changes have led to vast increases in computing power, new data sources, the development of GIS, and the creation of the Internet. The procedures for applying a number of projection methods have changed considerably, and several completely new methods have been developed.