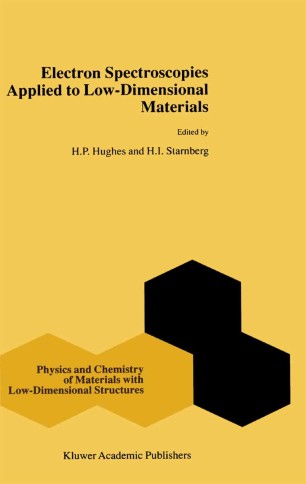 Physics and Chemistry of Materials with Low-Dimensional Structures

Part of the Physics and Chemistry of Materials with Low-Dimensional Structures book series (PCMALS, volume 24)

The effect of reduced dimensionality, inherent at the crystallographic level, on the electronic properties of low dimensional materials can be dramatic, leading to structural and electronic instabilities—including supercond- tivity at high temperatures, charge density waves, and localisation—which continue to attract widespread interest. The layered transition metal dichalcogenides have engaged attention for many years, partly arising from the charge density wave effects which some show and the controlled way in which their properties can be modified by intercalation, while the development of epitaxial growth techniques has opened up promising areas based on dichalcogenide heterostructures and quantum wells. The discovery of high-temperature superconducting oxides, and the realisation that polymeric materials too can be exploited in a controlled way for various opto-electronic applications, have further sti- lated interest in the effects of structural dimensionality. It seems timely therefore to draw together some strands of recent research involving a range of disparate materials which share some common char- teristics of low dimensionality. This resulting volume is aimed at researchers with specialist interests in the particular materials discussed but who may also wish to examine the related phenomena observed in different systems, and at a more general solid state audience with broad interests in electronic properties and low dimensional phenomena. Space limitations have required us to be selective as regards particular materials, though we have managed to include those as dissimilar as polymeric semiconductors, superconducting oxides, bronzes and layered chalcogenides.