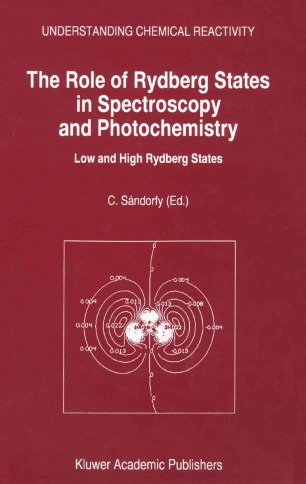 The Role of Rydberg States in Spectroscopy and Photochemistry

The aim of this volume is to offer a balanced overview of molecular Rydberg spectroscopy as it has developed over recent decades. Recent evolution has split Rydberg spectroscopy into two apparently distinct fields: the one concerns the low (n=3-5) Rydberg states, the other the very high (typically n>150) Rydberg states. The former is aimed at spectral levels where Rydberg, valence-shell, and intermediate-type states interact, with a variety of photochemical consequences. The latter considers states extremely close to the ionization limit, from whereionization is possible with a very slight amount of additional energy. Recently developed techniques make it possible to produce ions in well-defined electronic, vibrational and rotational states, including states resulting from spin-orbit or Jahn-Teller splitting. It is then possible to study the structure and reactions of such state-selected ions as well as those of the corresponding neutral molecules. These techniques amount to badly needed high resolution photoelectron spectroscopy.