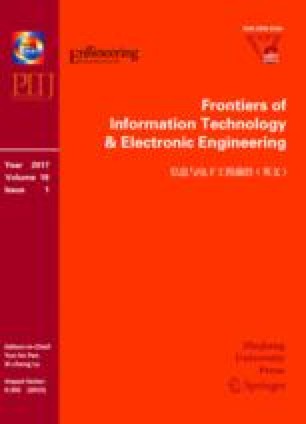 Applications of artificial intelligence in intelligent manufacturing: a review

It is known that the new technological revolution and the new industrial revolution are gaining momentum. We believe that the new era of ‘Internet plus artificial intelligence (AI)’, characterized by ubiquitous networks, data-drivenness, shared services, cross-border integration, automatic intelligence, and mass innovation, is coming. The rapid development and fusion of new AI technologies with Internet technologies, new-generation information technologies, new energy technologies, materials technology, and biotechnology is an essential part of this new era, which in turn will enable the game-changing transformation of models, means, and ecosystems in terms of their application to the national economy, well-being, and national security.

With the current popularization of the Internet, the universal existence of sensors, the emergence of big data, development of e-commerce, rise of the information community, and the interconnection and fusion of data and knowledge with society, physical space, and cyberspace, the information environment for AI development has been changed profoundly, leading to a new evolutionary phase: AI 2.0 (Pan, 2016). The emergence of new technologies also enables a new phase of AI. The main features of AI 2.0 include the emergence of data-driven intuitive perception ability for intensive deep learning, Internet-based swarm intelligence, technology-oriented human-machine hybrid augmented intelligence, as well as the rise of cross-media reasoning (Pan, 2016).

We believe that intelligent manufacturing is a new manufacturing model and the technical means by which new information and communication technology, intelligent science and technology, large manufacturing technology (including design, production, management, testing, and integration), system engineering technology, and related product technology are integrated with the whole system and lifecycle of product development. The life cycle of manufacturing thus uses autonomous sensing, interconnection, collaboration, learning, analysis, cognition, decision-making, control, and the execution of human, machine, material, and environmental information to enable the integration and optimization of various aspects of a manufacturing enterprise or group, including three elements (people/organizations, operational management, and equipment and technology) and five flows (information flow, logistics flow, capital flow, knowledge flow, and service flow). This facilitates production and provides a high efficiency, high quality, cost-effective, and environment-friendly service for users, and therefore improves the market competitiveness of the manufacturing enterprise or group.

The deep integration of the application of these models, means, and forms will ultimately form an ecosystem of intelligent manufacturing (Fig. 1).

Security management and standard specifications include an autonomously controllable security protection system to ensure user identification, resource access, and data security of the intelligent manufacturing system, and a standard specifications system to standardize the application of the intelligent manufacturing system technology and the access, supervision, and evaluation of the platform.

4 Evaluation of the application of AI in intelligent manufacturing

The integrated application of AI in the area of intelligent manufacturing may be evaluated by considering three aspects: application technology, industry, and application effect.

Developed countries, such as the US and Germany in particular, have drafted innovative strategies and policies on intelligent manufacturing, such as the ‘Advanced Manufacturing Partnership Plan’ (2011) and ‘Industrial Internet’ (2012) in the US, and the ‘Industry 4.0 Plan’ (2013) in Germany.

In 2013, Germany launched its Industry 4.0 plan, where the strategic idea of ‘one core, two topics, three-dimensional integration, and eight plans’ is proposed, with special emphasis on intelligent factories and intelligent production as the ‘two major themes’ for research. Cyber physical system (CPS) networks and the construction of correspondent intelligent equipment systems became its main concerns. In Industry 4.0, intelligent manufacturing systems can perceive and monitor massive data in real time, generated in the process of production, and realize intelligent analysis and decision-making so as to transform production mode into intelligent manufacturing, cloud-end collaborative manufacturing, and customer tailored production, and realize the integration of more production factors in a more scientific manner. The essence of Industry 4.0 is to realize the ‘intelligent factory’ based on the ‘cyber physical system’. Production equipment will implement real-time sensing by integrating different sensors with precise process control through the network and data. For production management, a series of technologies will be adopted, which will constitute a service cloud and provide physical equipment with information perception, network communication, precise control, and remote coordination capabilities (Drath and Horch, 2014; Lasi et al., 2014; Wang, 2015; Ivanov et al., 2016).

It is obvious that the development of technologies, industries, and applications in intelligent manufacturing became the main concern in each country’s strategic plan. Both the US and Germany are in leading positions in terms of their strategic plans.

The intelligent manufacturing industries in Germany and the US have begun to take shape with the development of intelligent manufacturing system tools and platforms such as the industrial Internet platform Predix developed by GE in the US and the digital cloud service platform Sinalytics built by Siemens in Germany. Four core functions of Predix include security monitoring of networked assets, industrial data management, industrial data analysis, and cloud applications and mobility, which connect all types of industrial devices and suppliers to the cloud, providing asset performance management and operations optimization service. Siemens’ Sinalytics platform can provide security communications and the integration and analysis of large amounts of machine-generated data, improving monitoring and optimization capabilities through data analysis and feedback for gas turbines, wind power generators, trains, buildings, and medical imaging systems. Intelligent Internet products, such as the intelligent Internet engine developed by GE, can connect aircraft engines to control systems. Sensors will gather data from the engine during its flight and transmit it to the ground for smart analysis so that engine operation conditions can be precisely detected and faults can be predicted to prompt proactive maintenance, improving the safety and service life of the engine (Yang, 2015; Li, 2016; Winnig, 2016).

In terms of the typical demonstration of intelligent manufacturing, Germany and the US spared no effort in demonstrating and promoting their development strategy to transform and upgrade their manufacturing industries. To a large extent, the demonstration and promotion of cross-industry, chain-wide, and comprehensive system solutions from multinational enterprises such as Siemens, SAP, and GE enable these enterprises to take a leading position in the restructuring process of global industry chains, value chains, and ecosystems. For example, the Germany Amberg factory is a model of an intelligent plant of the Siemens company. At Amberg, the real factory is operated together with the virtual factory, and the real factory data and production environments are reflected by the virtual factory, through which people can manage and control the real factory. Nearly 75% of the production operations have been automated. Products can communicate with the production equipment. IT systems take the role of controlling and optimizing all processes, ensuring a 99.9988% product qualification ratio. Compared to 1989 when the factory was first built, the number of employees remains basically unchanged, while production capacity has been increased by eight times, and the error rate per processing of a million electronic products has reduced to 1/40.

The manufacturing industry in China is facing a critical and historical moment in terms of the transformation from low end to the middle and high end of the value chain, from manufacturing giant to manufacturing power and from ‘made in China’ to ‘created in China’. The Chinese government has proposed strategic plans of ‘Made in China 2025’, ‘Guidance of the State Council on Promoting Internet+ Action’, “Guidance of the State Council on Deepening Integration of Manufacturing and Internet”, and the ‘13th Five-Year Plan on National Program for Science and Technology Innovation’ to support the transformation. ‘Made in China 2025’ has clarified the strategic goals, guidance, and road map for 30 years, three steps and three stages to raise the country’s manufacturing power. It sets the principles for becoming the second tier of the powerhouse in manufacturing: innovation-driven, quality first, environment-friendly development, structural optimization, talent-centric, as well as the strategic road maps: stick to the new model road to industrialization with Chinese characteristics, with the theme of innovative development, the focuses on enhancing quality and improving economic benefits, the main aim of accelerating deep penetration between new-generation informative techniques and manufacturing, and the highlights on smart manufacturing. The following are included therein:

China has witnessed encouraging progress in technologies, industry, and applications in terms of intelligent manufacturing in recent years.

With regard to intelligent manufacturing industry development, network infrastructure has stepped into a higher level and, according to Miao (2016), breakthroughs have been made in high performance computing, networking communication equipment, intelligent terminals, and software, forming a series of mobile Internet, big data, and cloud computing leading enterprises, which support the development of intelligent manufacturing. In the field of intelligent products and intelligent Internet product development, recent breakthroughs include products and services such as intelligent hardware and the Internet of Vehicles. Taking intelligent hardware devices as an example, the volume of global retail market for wearable smart equipment is 72 million in 2015, with an increase of 132% compared with that in 2014. The overall volume is expected to reach 196.9 million by 2020, and compared to 179 000 in 2013, the annual growth rate will be 25%. As for China, market volume was 4.3 million units in 2014, growing to 16.8 million units in 2015. Close to 1/4 of the global market volume, the growth rate in China is significantly higher than the global average.

Thanks to typical demonstrations of intelligent manufacturing, intelligence levels have been improving in key areas such as research and development design, production equipment, process management, logistics and distribution, and energy management. According to Miao (2016), the penetration rate of digital design tools in key industries is over 85%. In recent years, Chinese enterprises such as China Aerospace Science and Industry Corp., Qingdao Haier Group, and Red Collar Group have implemented intelligent manufacturing applications. Taking CASIC as an example, CASICloud, the first cloud manufacturing platform, has been on-line for over a year, attracting more than 230 000 registrations and releasing over 43 billion CNY CASIC business demands regarding all aspects of the manufacturing industry. Over 1000 innovation and entrepreneurship projects have been released on-line, and cooperation with international intelligent manufacturing and scientific services is underway.

From the perspective of application technology, industry development and application demonstration, we propose the following research directions for the application of AI 2.0 in the intelligent manufacturing industry.

6.2 Development of the intelligent manufacturing industry

Demonstrations to be researched and implemented include model-driven intelligent collaborative manufacturing across enterprises (businesses), knowledge-driven enterprise cloud services of intelligent manufacturing, human-machine-material cooperative intelligent workshop cloud, autonomous intelligent manufacturing units. At the same time, demonstrations need to be promoted and applied in key areas:
Breakthroughs need to be made in technologies of full life cycle activity, full processes and flow intelligence including intelligent design, production, management, testing, and assurance based on AI 2.0 according to the requirements of developments in full life cycle activities and processes. Demonstrations to be developed and implemented include customizable and innovative designs based on Internet swarm intelligence, collaborative R&D spaces, intelligent cloud production, intelligent collaborative assurance, and supply/marketing/service chains, and need to be promoted and applied in key industries: