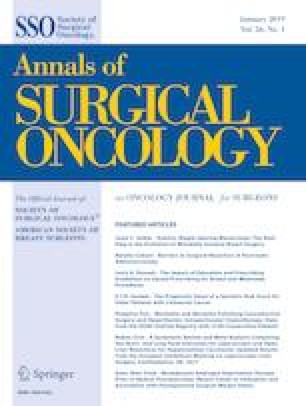 The Age of Talking About Age Alone is Over

It is no news that we are experiencing an aging population, both in the US and globally.1,2 Clinical studies have been trying to explore the relationship between age and surgical outcomes for decades. For most studies, a positive association was found between age and poor surgical outcomes. A systematic review of 28 studies with 34,194 patients who underwent colorectal cancer surgery showed that the likelihood of postoperative mortality among patients aged 85+, 75–84, and 65–74 years were 6.2-, 3.2-, and 1.8-fold higher than patients younger than 65 years of age.3 Another study of 26,648 patients aged 80 years or older showed that the rate of 30-day mortality following major non-cardiac surgery was 8%, compared with 3% for 568,263 patients younger than 80 years of age.4 Using a Nationwide Inpatient Sample from 1994 to 2003, investigators showed that operative mortality was 19.9% for octogenarians who underwent esophagectomy, compared with 8.8% for patients aged 65–69 years. Similar findings have also been identified with other cancer surgeries.3

Even if older cancer patients survive the surgery, they are at higher risk for mortality in the following years compared with younger patients. A study of 1391 patients who underwent hepatectomy for colorectal liver metastasis showed that although mortality from the disease did not differ between octogenarians and younger patients, octogenarians have a much higher mortality rate from non-cancer-related causes. Among octogenarians, the likelihood of dying from non-cancer-related causes was 10%, 19%, and 23% for years 1–3 after surgery, respectively, compared with 0%, 2%, and 2%, respectively, among younger patients.5 This finding was also shown in a study of 2186 patients who underwent surgery for stage I non-small cell lung cancer. The 5-year overall survival for patients age < 65, 65–74, and 75 years or older was 85%, 75.8%, and 63.6%, respectively. However, this disparity in overall survival was mainly driven by the non-cancer-related mortality rate among different age groups (1.8%, 4.9%, and 9% for patients aged younger than 65 years, 65–74 years, and 75 years and older, respectively).6 As a result of these studies, either showing the relationship between age as a non-modifiable factor with poor outcomes, or showing the efficacy of surgery in managing cancer, but patients succumbing to non-cancer-related causes, many have argued that factors other than age should be taken into consideration.

The body’s ability to overcome major stress, such as oncologic surgery, is fitness, and a lack of such ability is known as frailty.7 Frailty experts argue that patients’ frailty status rather than age is associated with poorer outcomes. In the oncologic surgical setting, especially over the last decade, various studies have been conducted to confirm such findings. A systematic review of 20 studies with 2916 patients showed that frailty was associated with a 2.67-fold higher likelihood of postoperative mortality among patients who underwent oncologic surgeries.8 Investigators have developed a modified frailty index (m-FI) that can be applied to the American College of Surgeons National Surgical Quality Improvement Program (NSQIP) dataset, with the higher score representing greater frailty.9 Using this index, many studies have shown the relationship between frailty and surgical outcomes. A study of 6551 women who underwent gynecologic cancer surgery showed that while the rate of grade IV or V complications was 2% in fit patients (m-FI score = 0), the rate was 24.4% among patients with an m-FI score ≥ 4.10 While assessment of frailty by indices such as m-FI is a step in the right direction, it is not free of limitations. Over the years, missing data in the NSQIP dataset has limited its use.11 Moreover, the index can only be calculated retrospectively, which limits its utility in clinical decision making and interventions aimed at improving the outcomes of frail patients.

Geriatricians and geriatric oncologists argue that the gold standard of assessing frailty is through geriatric assessment (GA),12 a multi-dimensional assessment of older adults that includes assessment of their functional activity, cognitive and nutritional status, social support, polypharmacy, and comorbid conditions. Through this assessment, aging-related physiological impairments and other factors that lead to frailty in patients can be identified and intervened on. For example, a patient with poor social support can be referred to a social worker, while a patient with poor nutritional status can be referred to a dietician. Guidelines are available to assist healthcare providers to identify proper interventions for identified aging-related impairments.13,14

Data on GA and surgical outcomes is emerging. A study of 178 patients aged 70 years or older who underwent rectal surgery showed that 62% of frail patients experienced severe complications, compared with 33% of fit patients.15 Another large study of 592 patients aged 75 years or older who underwent oncologic abdominopelvic surgery showed that those with preoperative dependency for activities of daily living (ADL) were 2.2-fold more likely to need skilled services after surgery.16 A systematic review of GA and outcomes of patients after oncologic surgeries, published in 2015, showed that, overall, six prospective studies have been conducted, with the sample size ranging from 60 to 460.17 The GA predictors of overall complications were dependency for instrumental ADL (iADL) and more severe frailty. Dependency for ADL and iADL, depression, more severe frailty, and cognitive impairment were associated with major complications. In this systematic review, age was not found to be a predictor of either overall or major complications.

On this background, Dr. Souwer and colleagues used GA data that is routinely collected in three Dutch hospitals, to develop a tool to prognosticate colorectal surgery outcomes of older cancer patients.18 With a large sample size of 550 patients aged 70 years or older, dependency on ADL, experiencing at least one fall in the last 6 months, and being at risk for delirium were associated with a 4.7-, 2.6-, and 3.5-fold higher likelihood of overall mortality, even after adjustment for age, sex, tumor stage, and American Society of Anesthesiologists Physical Status classification. Another factor, malnutrition, was also associated with overall mortality, although it did not reach statistical significance. Patients without any of these impairments were categorized as low risk, those with one or two impairments were categorized as intermediate risk, and those with three or four impairments were categorized as high risk. High- and intermediate-risk patients were at higher risk for overall mortality (8.7- and 1.9-fold, respectively) and of developing postoperative complications (2.4- and 1.8-fold, respectively) compared with low-risk patients. Their risk score was also associated with the need for additional services after surgery.

Scores and assessments such as those developed by Dr. Souwer et al. can be beneficial on multiple fronts.

In conclusion, over the past decades we have made significant advances in understanding the risk factors associated with poor surgical outcomes. We have realized that some older cancer patients are at higher risk for poor surgical outcomes compared with others of the same age. The data are clear that fitness of an older cancer patient, rather than age per se, should be the factor considered. Data are also emerging on the impact of frailty assessment on surgical decision making and methods of improving postoperative outcomes of older cancer patients. Dr. Souwer and colleagues have shown us how routinely collected data can be used to advance the geriatric surgical oncology field beyond age. Going forward, we need studies to explore how providing such risk scores to surgeons and patients impacts decision making, surgical care processes, and outcomes.

Armin Shahrokni and Koshy Alexander have no conflicts of interest or disclosures to declare. The content of this article is solely the responsibility of the authors and does not necessarily represent the official views of the National Institutes of Health.