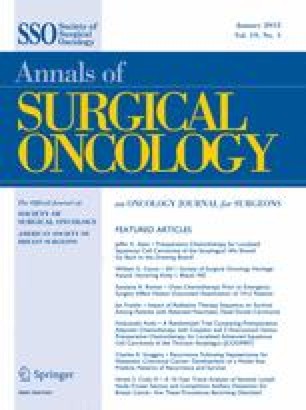 Robotic Coloanal Anastomosis with or without Intersphincteric Resection for Low Rectal Cancer: Starting with the Perianal Approach Followed by Robotic Procedure

Coloanal anastomosis (CAA)/intersphincteric resection (ISR) is a promising method of sphincter-preserving surgery for very low rectal cancer. Recently, a robotic system has been attempted in CAA/ISR. By means of a robotic system, an excellent stereoscopic view may be obtained with high illumination, and adequate traction and countertraction can be easily performed in a narrow pelvis using the Endowrist function. During robotic CAA/ISR, although the robotic system is necessary to perform pelvic dissection that comes before the perianal approach, the huge robotic arms located in the low abdominal region could interfere with comfortable perianal dissection for the surgeon. Therefore, the robotic system has to be withdrawn and then set up again above the patient’s abdomen, which is time-consuming. Moreover, this process also makes it difficult to maintain the aseptic circumstance of the robotic system. To address this problem, it is necessary to change the sequence of the procedure.

After completion of total mesorectal excision, further dissection continued to the pelvic floor (Fig. 1). The puborectalis muscle sling was laterally exposed, and the anococcygeal ligament was noted on the posterior side of the anal canal. Intersphincteric dissection through the puborectalis ended at the intra-anal canal. Finally, the dissection plane could meet the perianal dissection plane. At this point, we could identify the gauze, which was packed via the perianal approach before beginning robotic dissection. The muscular rectal wall was divided by a cautery at the level of the puborectalis muscle by robotic arms. While performing the CAA/ISR, secure and meticulous dissection through the pelvic floor is important for oncological safety, which could be easily performed with the aid of robotic ergonomic Endowrist function and a magnified three-dimensional view even in a narrow pelvic cavity. Specimen extraction was done through the anus or additional minilaparotomy skin incision. In some cases, a planned ileostomy site was used as the minilaparotomy incision. For patients with bulky and heavy mesorectum, it is difficult and even dangerous to extract the specimen via the anus, which could induce traction injuries to the marginal vessels. Hand-sewn coloanal anastomosis was performed after removing the robotic cart from the operation field. The entire operative procedure is shown in the video. Early surgical outcomes, morbidity, and short-term follow-up data were extracted from a prospectively collected database.

Robotic CAA/ISR can be performed with good technical efficiency and acceptable morbidity. Further randomized, controlled studies assessing long-term survival, pelvic autonomic nerve function, and bowel function are needed before robotic CAA/ISR becomes widely accepted. Changing the sequence of the procedure, and thus performing the perianal approach before robotic dissection, may be a feasible method to avoid interference of the robotic system in the surgeon’s moves using nonrobotic instruments while performing robotic CAA/ISR.

Robotic System Total Mesorectal Excision Circumferential Resection Margin Coloanal Anastomosis Perianal Approach
These keywords were added by machine and not by the authors. This process is experimental and the keywords may be updated as the learning algorithm improves.