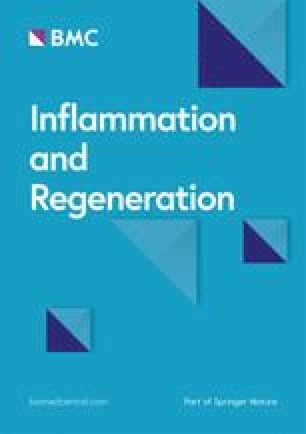 Heart transplantation (HT) is the only radical treatment available for patients with end-stage heart failure that is refractory to optimal medical treatment and device therapies. However, HT as a therapeutic option is limited by marked donor shortage. To overcome this difficulty, regenerative medicine using human-induced pluripotent stem cells (hiPSCs) has drawn increasing attention as an alternative to HT.

Several issues including the preparation of clinical-grade hiPSCs, methods for large-scale culture and production of hiPSCs and cardiomyocytes, prevention of tumorigenesis secondary to contamination of undifferentiated stem cells and non-cardiomyocytes, and establishment of an effective transplantation strategy need to be addressed to fulfill this unmet medical need. The ongoing rapid technological advances in hiPSC research have been directed toward the clinical application of this technology, and currently, most issues have been satisfactorily addressed. Cell therapy using hiPSC-derived cardiomyocytes is expected to serve as an integral component of realistic medicine in the near future and is being potentially viewed as a treatment that would revolutionize the management of patients with severe heart failure.

In 2006, Yamanaka et al. introduced the genes Oct3/4, Sox2, Klf4, and c-Myc (referred to as Yamanaka factors) into somatic cells in mice and successfully developed induced pluripotent stem cells (iPSCs) [1], which showed properties similar to those of embryonic stem cells (ESCs). In 2007, they developed human-iPSCs (hiPSCs) [2]. It is possible to elucidate the pathophysiology of several unknown genetic diseases using patient-derived hiPSCs, and these are also useful for novel drug screening. Thus, the emergence of hiPSCs is a promising therapeutic approach in patients with diseases that were previously considered incurable. Evaluation of the responsiveness of patient-derived hiPSCs to drugs can determine the role of these cells in personalized medicine. Moreover, hiPSCs are drawing increasing attention as a revolutionary approach toward the rapid realization of regenerative medicine. This unique technology overcomes the challenges affecting regenerative medicine research such as ethical issues and immune rejection reactions, which serve as significant drawbacks of ESCs derived from the inner cell mass that forms a part of the embryo (blastocyst stage).

End-stage heart failure is a significant contributor to the cardiovascular disease burden in adults. Unfortunately, this condition is refractory to medical treatment and device therapies. Heart transplantation (HT) is the only radical treatment available in the present era. However, a marked shortage of donor hearts limits the availability of HT as a therapeutic option, particularly in Japan. Currently, the number of patients undergoing HT is < 100, and the waiting period to register for transplantation is > 3 years (The Registry Report of Heart Transplantation in Japan 2016). Given this scenario, hiPSC-derived cardiomyocytes are considered an ideal cell source in patients requiring HT for severe heart failure [3].

In this review, we have discussed the current scenario with regard to the utility of hiPSC-derived cardiomyocytes in cardiac regenerative medicine, as well as their clinical application (Fig. 1).

Strategy for the transplantation of induced pluripotent stem cell-derived cardiomyocytes

A previous study investigating regenerative therapy with cardiomyocyte transplantation has reported that iPSC-derived cardiomyocytes prepared from skin fibroblasts in patients with heart failure were transplanted into rat hearts and were successfully engrafted [27]. Another study showed that human-ESC (hESC)-derived myocardium transplanted in a guinea pig myocardial infarction model led to improved cardiac function and decrease of ventricular arrhythmias after transplantation [28]. These results indicate the potential utility and feasibility of ESC or iPSC-derived cardiomyocyte transplantation therapy for myocardial regeneration (Table 2). To date, heart cell transplantation is performed by direct injection of the cell suspension into the heart via a syringe, although there is room for improvement in the cell survival rate. Most transplanted cells were observed to be necrotic or an efflux [40]. This observation can be attributed to the fact that the transplanted cardiomyocytes flow out of the myocardium secondary to the beating of the heart, resulting in a low-survival rate. Notably, cell sheet technology is a method of transplantation that involves stacking of multilayered cardiomyocyte sheets to form a scaffold that is transplanted onto the epicardium [41]. However, with this method, the transplanted myocardium may not be electrophysiologically synchronized with the recipient’s heart because the epicardium is an electrically insulating tissue. We produced cardiac spheroids with purified cardiomyocytes (approximately 200 μm in diameter) and observed that transplantation of these significantly improved the engraftment rate [29, 42]. Cardiomyocyte aggregates do not flow out owing to increased cell adhesion and secretion of cell growth factor and increased cell mass size. Additionally, a recent study investigating the effectiveness of hiPSC-derived cardiomyocyte transplantation into a large animal myocardial infarction model such as a pig and monkey model has been reported as a preclinical study to evaluate the safety and efficacy of the clinical application of this approach [30, 31, 32, 33], and it is expected that human studies would soon be reported.
Table 2

The realization of cardiac regenerative medicine using hiPSCs requires the efficient and cost-effective large-scale production of cardiomyocytes. Avoiding contamination with residual undifferentiated stem cells and non-cardiomyocytes is essential and this is the biggest safety challenge in this field. Fortunately, technological advances have facilitated effective strategies for the resolution of these issues. Several preclinical studies performed in large animals (guinea pig and monkey) are ongoing, and much progress has been reported in this realm. It is expected that following complete verification of safety and efficacy, cardiac regenerative medicine using hiPSCs will show wide clinical applicability in humans.