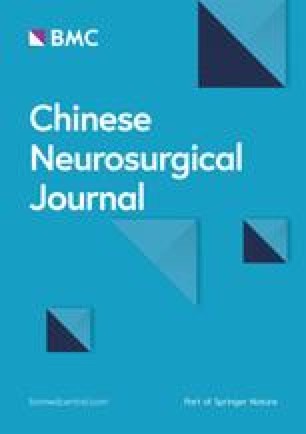 Primary spinal cord oligodendroglioma: a case report and review of the literature

A 46-year-old male who had progressive neck pain for a year. Magnetic resonance imaging showed an intramedullary mass from level C2 to T4. A radical resection was performed. Histology revealed oligodendroglioma. Thereafter, the patient was treated with adjuvant radiotherapy. A year later, tumor developed recurrence. The patinet died in 3 years and 6 months.

The available data of this disease was limited. Base on 11 published papers and the present case, surgical resection is the treatment of choice although recurrence of the tumor tends to occur after partial resection with or without radiotherapy. From the literature, the management of the recurrent disease is still surgery. Moreover, Temozolomide may be an advantage in recurrent situations.

Oligodendroglioma originates from oligodendrocyte, which is found in either the brain or spinal cord [1]. This tumor is commonly found in the cerebral hemisphere while both primary and drop metastasis spinal oligodendroglioma are an unusual presentation of a disease [2, 3]. The lack of clinical information means there is no standard treatment in current practice. The authors report a case and review modality of treatment and prognosis from the literature.

A 46-year-old male was presented with progressive neck pain for a year. The symptoms began without any antecedent event. The symptoms were worse for 5 months. One month before admission, the patient developed left arm weakness and numbness in both arms. However, he had no urinary incontinence. Physical examination demonstrated grade 4/5 muscle weakness in the left arm. Other extremities revealed grade 5/5 of motor strength. Pinpricked sensation was suspended deficits at C5-T1 levels. Biceps, triceps and brachioradialis, knee and Achilles reflexes were 2+. Further, Hoffman reflexes were absent.

Magnetic resonance imaging (MRI) of the spine showed an intramedullary mass 12.5 cm long from C2 to T4 level. The mass was isointense on T1-weighted images, hyperintense on T2-weighted images. Gadolinium-enhanced MRI demonstrated a heterogenous intramedullary mass. Additionally, syringomyelia was observed above the tumor on T2-weighted images (Fig. 1).
The patient was operated on under general anesthesia. Laminectomies were performed. A dural incision was made. The arachnoid was opened and secured with dural edges by 4/0 prolene sutures. Expansion of the spinal cord was observed. A dorsal midline myelotomy approach was performed. A redness tumor was identified. The characteristics of the tumor were gelatinous, and infiltrative. Tumor dissection was done with difficultly and tumor bleeding was observed during the dissection (Fig. 2, Additional file 1). The tumor was partially removed using microsurgical techniques. After surgery, the neurological deficits were stable. Postoperative MRI revealed some amount of residual tumor remained in place and an improvement of syringomyelia.
Histologically, the tumor consisted of a fried egg appearance neoplastic cell, with a uniformly round nuclei and clear cytoplasm. Immunochemistry showed positive for glial fibrillary acidic protein (GFAP). On the basis of these findings, the tumor was diagnosed oligodendroglioma (Fig. 3).
After diagnosis, the patient was sent for an MRI of the brain. Imaging demonstrated no intracranial tumor (Fig. 4). Two weeks later, the patient received postoperative radiotherapy (45 Gy/25 fractions). Twelve months after resection, the patient rapidly developed urinary incontinence and paraplegia. On neurological examination, his muscle power was grade 0/5 in both upper and lower limbs. Furthermore, loose sphincter tone and hyperreflexia of all extremities were detected. MRI of the spine revealed recurrence of tumor with extension to the previous surgical wound (Fig. 5). A secondary operation was considered, but the patient and his relatives denied surgery. Unfortunately, he died in 3 years and 6 months after surgery.

In literature, Ushida et al. reviewed the characteristics of patients with this tumor. The mean age was 28.4 years, no significant difference in sex [12]. Spinal pain that included back pain, buttock pain and sciatica was the most common first symptom for 69.3 % whereas the most common symptom on physical examination was a sensorimotor deficit [4]. According to the location of spinal cord, these tumors have been found frequently in the thoracic (30 %), cervical (25 %) and lumbar (5 %) area respectively [16]. Furthermore, this disease frequently presented with an intramedullary lesion in the spinal canal. Intradural extramedullary was an unusual presentation [16, 17]. Common spinal features on MRI’s were isointense in T1-weighted images and hyperintense in T2-weighted images and heterogenous enhancement in Gadolinium-enhanced sagittal T1-weighted images [7, 12, 16, 17, 18, 19]. Uncommon findings might be found as an adjacent cystic component [11, 12, 13], microhemorrhage [4, 16, 19]. Diagnosis of this disease are difficult to distinguish from other gliomas by MRI because these findings can find in spinal astrocytoma and ependymoma [20]. However, microcalcification is important finding, which mentioned oligodendroglioma similar to intracranial oligodendroglioma [11, 16]. Regarding to histology, Most of the tumors are oligodendroglioma WHO grade 2. Wang et al. reviewed 8 cases, which were anaplastic oligodendroglioma in the literature and added a case [19].

From Table 1, surgical resection is the treatment of choice. Unfortunately, gross total resection is so difficult because almost all tumors are the intramedullary type. In the literature, gross total resection was achieved in only 16.6 % (2/12) of the cases. Moreover, tumor recurrence was observed almost 42 % (5/12) within 8 months to 2 years. Second operation was mentioned in recurrent situation with postoperative adjuvant therapy. The benefit of radiation therapy is still controversial. Nam et al. reported outcome of anaplastic oligodendroglioma, which was treated with partial tumor resection and postoperative radiation. The patient has no progression of residual tumor after 50 months follow up [8]. However, Ramirez et al. and Wang et al. were reported the patients whom are treated with partial tumor resection and postoperative radiation too [18, 19]. Unfortunately, both patients have progressive disease.

The adjuvant chemotherapy has been mentioned to treat recurrent scenario [13, 19]. Temozolomide (TMZ) that is a novel alkylating and methylating agent has been reported the benefits in oligodendroglioma [21]. Adjuvant TMZ treatment has recently reported in relapse conditions. The patient who was operated in the second time received postoperative TMZ to treat the residual tumor. Complete resolution of the residual tumor within six months of TMZ chemotherapy was observed on MRI of the spine [19].

Primary spinal cord oligodendrogliomas are extremely rare tumors. In spite of limited data of treatment, surgical resection is the treatment of choice although recurrence of the tumor tends to occur after partial resection with or without radiotherapy. From the literature, the management of the recurrent disease is still surgery. Moreover, TMZ may be an advantage in recurrent situations.

Written, informed consent was obtained from the patient for publication of this case report and accompanying images. A copy of the written consent is available for review by the Editor-in-Chief of this journal.

The immunohistochemical figures referred to in this study are the work of Dr. Kanet Kanjanapadit.

TT was a major contributor in the writing the manuscript. TE supervised the whole work. Both authors read and approved the final manuscript.