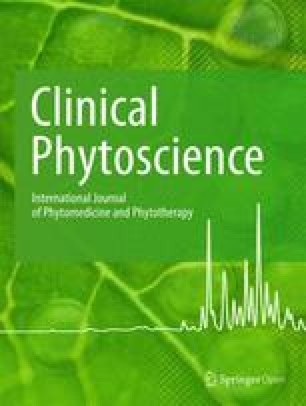 Flaxseed has emerged as a potential source of bioactive components that can be utilized in routine diet to address lifestyle disorders.

In this context, three studies were carried out on the basis of induction therapies i.e. Study I (Normal diet), Study II (Hyperglycemic diet; 40% sucrose) and Study III (Hypercholesterolemic diet; 1.5% cholesterol) using Sprague Dawley rats. Each study was further split into three groups based on diets; Control (free from flaxseed powder or extract), Functional diet (incorporation of flaxseed powder; 10%) and Nutraceutical diet (inclusion of ethanolic extract of flaxseed; 5%). During experimental period, hyperglycemic and hyperlipidemic parameters were evaluated alongside, alterations in hematological aspects were also assessed.

Thus, flaxseed extract based intervention has shown higher bioefficacy to address hyperglycemia and hypercholesterolemia in comparison to flaxseed powder.

The trend of consumers towards natural cure through dietary modification is the reason for the immense popularity of nutraceuticals and functional foods. Due to the presence of bioactive moieties, dietary interventions are negatively associated with lifestyle related disorders such as diabetes, hypercholesterolemia, aging and related oxidative stress like conditions [1, 2, 3, 4]. Nowadays, diabetes is faced by 4% of the population throughout the globe and expected to reach up to 5.4% by 2025. This chronic metabolic ailment is characterized by high blood glucose level in response to poor insulin release or sensitivity [5]. On the other hand, hypercholesterolemia is a major risk factor of coronary heart diseases i.e. associated with elevated cholesterol, triacylglycerols and LDL-c levels along with suppression of high density lipoprotein-cholesterol (HDL-c) [6].

Flaxseed (Linum usitatissimum) is an annual species of the Linaceae family. It is a worthy source of high quality proteins, soluble fiber and polyunsaturated fatty acids [7]. Flaxseed is a rich source of α-linolenic acids (57% of total fat content i.e. 42.16 g per 100 g of flaxseed) and dietary fiber i.e. 40% per 100 g of flaxseed, in which 30% is insoluble in nature [8, 9, 10, 11]. Besides that, secoisolariciresinol diglucoside (SDG) is a primary lignan in flaxseed, found up to 3236–3699 μg/g of flaxseed hence attracts scientific fraternity to investigate its health perspectives [12]. SDG molecules linked together to form lignan oligomers also called as lignan macromolecules [13, 14]. Microflora in large intestine deglycosylate lignans after digestion and transformed them into mammalian lignans known as enterodiol (END) and enterolactone (ENL). These metabolites possess high antioxidant activity resultantly suppress mRNA expression of sterol regulatory element binding protein-1c (SREBP-1c), that modulates the activity of cholesterol and fatty acid synthetase enzymes hence likely to control hypercholesterolemia. Further, antioxidant ability of flaxseed protects pancreatic cells and normalizes insulin levels, and reduces the expression of phosphoenolpyruvate carboxykinase gene that aid in controlling diabetes [10, 15]. Traditionally, lignans are recovered through solvent extraction technique, usually with organic solvents like acetone, methanol and ethanol as these phenolic compounds are polar in nature [16].

Keeping in view, the present project was designed to assess the potential of flaxseed powder (10%) and flaxseed ethanolic extract (5%) to address hyperglycemia and hypercholesterolemia using rodent model trial.

Chemicals and preparation of raw materials

For efficacy trials, sixty rats were acquired from National Institute of Health (NIH), Islamabad and kept in Animal Room of NIFSAT-UAF. Initially, some rats were sacrificed to get baseline values for the study. The study was carried out in three categories separately. Study I comprised of rats fed on normal diet, whereas in study II & III, high glucose & high cholesterol diets were administered to rats, respectively. During entire experimental period, the Animal Room was maintained at a temperature of 23 ± 2 ̊C and relative humidity of 55 ± 5%. For an initial period of one week, basal diet was given to the rats to acclimatize them to the environment. Later, normal, functional and nutraceutical diets were administered to the respective groups under each study to evaluate the effects of individual treatment on the selected parameters including serum lipid profile and glucose & insulin levels. Feed and water intakes were measured daily throughout the experimental period, while body weight was assessed on weekly basis. At termination of animal study, overnight fasted rats were sacrificed. Blood samples of rats were collected through cardiac puncture in non-coated tubes (yellow capped vials) to measure serum lipid profile, glucose & insulin levels through Microlab-300, Merck, Germany and EDTA coated tubes (purple capped vials) were employed to assess hematological aspects via Medonic M Series; Boule Diagnostics Int AB Stockholm, Sweden.

In study I, normal diet was given to the rats to check the effect of functional and nutraceutical diets.

Hyperglycemic diet based on 40% sucrose was administered to the rats to determine the effect on serum glucose and insulin levels. Simultaneously, the efficacy of functional and nutraceutical diets against hyperglycemic rats was assessed.

Statistical scrutiny presented non-substantial effect of diets and study intervals on glucose level in study I (normal rats). The effect of diets was significant however, response of study intervals was non-significant in study II (hyperglycemic rats) and study III (hypercholesterolemic rats). The decrease in glucose level of normal rats fed on functional and nutraceutical diets were 1.57 and 2.98%, respectively. In glucose level, 7.21% reduction was observed in hyperglycemic rats fed on functional diet while 9.02% decrease was noted via nutraceutical diet. Hypercholesterolemic rats fed on functional and nutraceutical diets resulted in decrement in glucose up to 3.05 and 4.85%, accordingly (Table 2).
Table 2

Statistical inference portrayed significant effect of diets on LDL-c while the effect of study intervals was non-substantial for study I (normal rats). However, in study II (hyperglycemic rats), diets impacted significantly on LDL-c while non-significant effect was noticed regarding study intervals. In study III (hypercholesterolemic rats), both diets and study intervals impacted substantially on LDL-c. In normal rats, there was a decrease of 2.94% in LDL-c of rats fed on functional diet and 4.53% through nutraceutical diet. In hyperglycemic rats, the reductions in LDL-c were up to 7.43% (functional diet) and 10.18% (nutraceutical diet) during the whole study period. LDL-c of hypercholesterolemic rats fed with functional and nutraceutical diets showed decrease up to 11.11 and 14.28%, respectively (Table 6).
Table 6

Current explorations were in harmony with the findings of Coudray et al. [25] who reported that rats preferred control diet (25.10 g/day) over funtional diet (19.40 to 22.20 g/day). In another study, Khalesi et al. [9] fed different levels of raw and heated flaxseed to Sprague Dawley rats and observed that feed consumptions was slightly lower in groups fed with higher percentage of flaxseed. Moreover, they mentioned comparatively less weight gain in rats fed on flaxseed (30% of total diet) as compared to control animals. In the current study, non-significant increase in water intake was noted throughout the trial among different diet groups. Likewise, Yang et al. [26] observed non-substantial variances in water intake among functional or control diets fed groups.

Hypoglycemic prespectives of flaxseed as observed in the current research were in acordance to the outcomes of Hejazi [15]. In the mentioned study, blend of flaxseed (50%) and hull-less barley (50%) was administered to rats that indicated reduction in glucose (34.61%), cholesterol (49.05%), LDL-c (69.09%) and triacylglycerols (55.19%) along with improvent in HDL-c (69.13%) in streptozotocyin induced diabetic rats. Conclusively, they found that barley and flaxseed blend is a unique combination of soluble fiber and polyunsaturated fatty acids that protect against heart disorders. Earlier, Elshal et al. [27] found flaxseed helpful in controlling glucose, cholesterol, triacylglycerol and LDL-c up to 68, 51, 52 and 66% along with increase in HDL-c by 58% as compared to positive control (diabetic rats). Moreover, Makni et al. [5] administered flaxseed and pumpkin seed mixture to diabetic rats that resulted in significant drop of plasma cholesterol and triacylglycerols up to 47%, each in contrast to diabetic rats. The combination of flaxseed and pumpkin ensures the provision of phytosterols, polyunsaturated fatty acids, tocopherols and β-carotene. Previously, Haliga et al. [28] demonstrated that supplementation of flaxseed down-regulated cholesterol by 24.90% and raised serum HDL-c up to 91% in streptozotocin induced diabetic hamsters as compared to control diabetic hamsters.

Regarding lipid profile, Gambus et al. [29] found that rats administered with bread containing flaxseed (10 and 13%) achieved impressive hypocholesterolemic effects in rats in response to higher dietary fiber and micro-minerals. Earlier, Khalesi et al. [9] studied the effect of 10, 20 and 30% raw and heated flaxseed on the serum lipid profile of normal diet fed rats and noted that group fed on 30% flaxseed showed maximum reduction in cholesterol (22.08%), LDL-c (4.00%) and triacylglycerols (7.69%) along with maximum increment in HDL-c (6.02%) followed by 20% and 10% flaxseed groups. They associated such effects with soluble dietary fiber and SDG content in flaxseed. Further, Zhang et al. [30] showed significant decline in total cholesterol & LDL-c upto 24.38% and fasting plasma glucose by 24.96% in hypercholesterolemic subjects, administered with 600 mg of SDG at 8th week as compared to placebo or baseline. One of the researchers group, Jenkins et al. [31] reported that subjects supplemented with partially de-fatted flaxseed based muffins for 3 weeks helped in lowering cholesterol level by 5.5% in response to flaxseed gum i.e. a rich source of phenolic lignan however, non-significant responses were noted in lipoprotein fractions.

Hematological aspects in the current study showed non-significant results that were in line with findings of Prasad [32] who explicated that counts of red blood cells, white blood cells and platelets remained unaltered after flaxseed diet in normal and hypercholesterolemic rabbits. One of the scientists group, Babu et al. [33] also elucidated that dietary flaxseed meal had no adversities on hematological traits in Sprague-Dawley rats.

The flaxseed extract (5%) based diet demonstrates better control on glucose, cholesterol, LDL-c and triacylglycerols as compared to flaxseed powder (10%). On the other hand, functional and nutraceutical diets portray increment in insulin and HDL-c levels in hyperglycemic and hypercholesterolemic diet fed rats. Thus, incorporation of flaxseed in dietary regimen helps to mitigate lifestyle related dysfunctions.

The authors are thankful to Functional and Nutraceutical Food Research Section, National Institute of Food Science and Technology, University of Agriculture, Faisalabad, Pakistan.

Ethical approval was given by the head of National Institute of Food Science and Technology (NIFSAT), Faculty of Food, Nutrition & Home Sciences, University of Agriculture Faisalabad (UAF), Pakistan by considering the suggestions of Animal Experimentation Ethics Committee, UAF. Male white Sprague Dawley rats were housed in the Animal Room of the NIFSAT, UAF by following the instructions for care provided by the committee of the university.