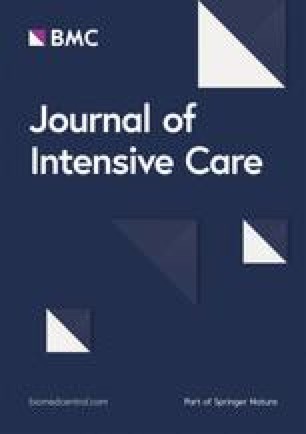 Studies showed potential benefits of recombinant human-soluble thrombomodulin (rhTM) and antithrombin for treating sepsis associated disseminated intravascular coagulation. However, benefits of their combination have been inconclusive.

Propensity score matching created 189 pairs of patients who received rhTM combined with antithrombin or rhTM alone within 2 days of admission. There was no significant difference between the two groups for in-hospital mortality (40.2% vs. 45.5%). Patients treated with rhTM and antithrombin were more likely to require red cell transfusion than those treated with rhTM alone (37.0% vs. 25.9%).

Compared with rhTM alone, combination of rhTM with antithrombin for severe community-acquired pneumonia-associated disseminated intravascular coagulation may be ineffective for reducing mortality and may increase bleeding.

Disseminated intravascular coagulation (DIC) is one of the major complications associated with sepsis [1], and sepsis patients with DIC have higher mortality than those without DIC [2]. The reported mortality of severe pneumonia with DIC ranges from 35 to 46% [3, 4]. Strategies for treating sepsis-associated DIC differ among the recent guidelines in several countries [5, 6, 7, 8].

Recombinant human-soluble thrombomodulin (rhTM) plays an important role in inactivating coagulation [9]. In Japan, approximately 40 to 60% in patients with sepsis-induced DIC received rhTM [10, 11]. A previous Japanese randomized controlled trial (RCT) demonstrated that rhTM improved recovery from DIC [12], and a systematic review and meta-analysis showed that rhTM was associated with lower mortality in patients with sepsis-associated DIC [13, 14]. In response to these results, the Japanese guidelines recommend rhTM for sepsis-associated DIC [5]. However, the latest RCT and Japanese Diagnosis Procedure Combination database study showed that rhTM did not reduce morality in patients with sepsis-induced DIC [4, 15]. These results suggest that rhTM monotherapy may not be efficient for sepsis-induced DIC.

Antithrombin (AT) is also used as an anticoagulant in patients with sepsis-associated DIC, and rhTM is often used with AT for treatment of sepsis-associated DIC in Japan [16, 17, 18, 19], and AT added to rhTM may reduce mortality for patients with sepsis induced DIC [20]. One previous study showed that AT added to rhTM was associated with lower mortality [19]. On the other hand, two previous studies showed no significant difference in mortality between the combination therapy and rhTM monotherapy in patients with sepsis-associated DIC [16, 18]. Therefore, the effect of the combination of rhTM and AT therapy is still controversial. In addition, combination of rhTM and AT may potentially cause harm in terms of increased bleeding, because rhTM and AT were each reported to be independently associated with bleeding complications [12, 21, 22].

Therefore, the purpose of this study was to compare in-hospital mortality and necessity for red cell transfusion between rhTM combined with AT and rhTM alone in patients with severe community-acquired pneumonia-associated DIC, using a Japanese national inpatient database.

We identified patients with severe community-acquired pneumonia associated with DIC between July 2010 and March 2015. We included patients diagnosed with sepsis, severe pneumonia, and DIC. Sepsis was defined as any bacterial or fungal infection at admission based on the Angus criteria [26] (Additional file 1: Table S1). A previous study validated the definition of sepsis by the Angus criteria, using the same database [27]. Pneumonia was identified by the ICD-10 codes listed in Additional file 1: Table S2. Severe pneumonia was defined as patients who required vasopressors and/or mechanical ventilation within 2 days after admission, according to the Infectious Diseases Society of America/American Thoracic Society Consensus guidelines [28]. DIC at admission was identified by ICD-10 code D65. A previous study validated the definition of DIC based on the criteria of Japanese Association for Acute Medicine, using the same database [27].

The outcomes were in-hospital mortality and need for red cell transfusion during hospitalization.

We excluded approximately 60% (2307/3616) patients with severe community-acquired pneumonia-associated DIC who did not use rhTM. After the application of the inclusion and exclusion criteria, we identified 662 eligible patients during the study period. The combination therapy group included 253 patients and the monotherapy group included 409 patients. After one-to-one propensity score matching, 189 pairs were created (Fig. 1).
Table 1 shows the baseline characteristics in the unmatched and propensity score-matched groups. After propensity score matching, the patient distributions were well-balanced between the two groups.
Table 1

Baseline patient characteristics in the unmatched and propensity-matched groups

In-hospital mortality in the unmatched and propensity-matched groups

In this retrospective study using a national inpatient database in Japan, combination therapy with rhTM and AT was not associated with lower in-hospital mortality compared with rhTM monotherapy in patients with severe community-acquired pneumonia-associated DIC. Furthermore, the proportion of patients requiring red cell transfusion was significantly higher in the combination therapy group compared with that in the monotherapy group.

Several possible reasons can be considered for our finding that combination therapy with rhTM and AT was not associated with decreased in-hospital mortality. First, AT may not improve mortality in patients with sepsis-associated DIC, and therefore, the combination therapy may not show a significant difference in outcomes compared with the monotherapy. In a Japanese RCT, AT therapy significantly improved DIC recovery on day 3 compared with the no-treatment group (53.3% vs. 20.0%) but did not improve mortality [35]. A recent systematic review and meta-analysis of 2858 patients with severe sepsis and DIC showed AT was not associated with reduced mortality (risk ratio [RR], 0.95; 95% confidence interval [CI], 0.88–1.03) [22]. Another systematic review of RCTs reached the same conclusion [21].

Therefore, the combination therapy may not be sufficient to improve mortality in patients with sepsis-associated DIC.

Third, the standard dose of AT used in Japan may not be sufficient to improve mortality. AT needs to reach a plasma concentration activity of 200–250% to show clinically relevant pharmacological activity [36]. In Japan, AT doses of 1500 IU/day or 30–60 IU/kg for a maximum of 3 days are covered by the universal health insurance system for patients with DIC, and AT doses of 1500 IU/day or 30 IU/kg/day are widely used [35]. However, the average plasma AT concentration activity in a previous RCT was 107% after AT administration at 30 IU/kg for 3 days [35]. Similarly, the plasma AT concentration activity may have not increased adequately after AT administration in another report that failed to prove the effectiveness of combination therapy for DIC [17].

Although a recent study suggested that rhTM with or without AT might be associated with better prognosis in the patients with sepsis-induced DIC compared with other DIC treatments [20], the study did not investigate whether rhTM with AT was associated with lower mortality compared with rhTM alone. On the other hand, our results suggest that combination therapy with rhTM and AT may be an ineffective therapeutic approach for reducing mortality and increase bleeding in patients with DIC caused by severe community-acquired pneumonia. Actually, our results are in accordance with those of previous studies, which did not show clinical benefits [17] and showed increase in bleeding complications [12, 21, 22]. Furthermore, additional AT therapy is expensive [37], and thus, avoidance of AT may have a major impact on the treatment costs for DIC.

The strength of the present study was the study design based on a real-world clinical setting. The study included approximately 50% of inpatients who were admitted to acute-care hospitals in Japan.

Our study had several limitations. First, the database lacks clinical records such as severity scores and blood culture results. The specific organism names and serum coagulation data remained unknown. Second, the DPC database also lacks clinical data such as results of laboratory data. Therefore, we could not investigate the serum value of AT% before or after AT administration. Third, we did not investigate the doses of rhTM or AT used. Fourth, the outcome in the present study was blood cell transfusion from 3 days of admission to discharge defined as bleeding events and we excluded the patients who required blood cell transfusion within 2 days of admission. However, the methods may exclude several patients who actually experienced bleeding incidents and required blood cell transfusion within 2 days of admission due to the effects of rhTM and/or AT. Fifth, unmeasured confounders may have biased the results even though we used propensity score matching to adjust for patient background characteristics.

Compared with rhTM monotherapy, combination therapy with rhTM with AT for severe community-acquired pneumonia-associated disseminated intravascular coagulation may be ineffective for reducing mortality and increase bleeding.

This work was supported by grants from the Ministry of Health, Labour and Welfare, Japan (H29-Policy-Designated-009 and H29-ICT-General-004); Ministry of Education, Culture, Sports, Science and Technology, Japan (17H04141 and 16 K09254); and the Japan Agency for Medical Research and Development (AMED).

The study was approved by the Institutional Review Board of the University of Tokyo. Informed consent was waived because of the anonymous nature of the data.