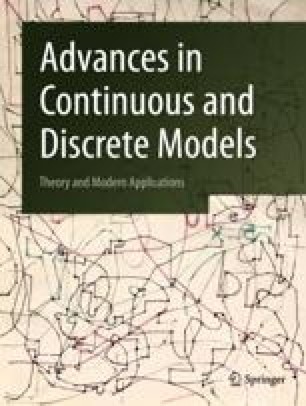 A Lotka–Volterra predator–prey model incorporating predator cannibalism is proposed and studied in this paper. The existence and stability of all possible equilibria of the system are investigated. Our study shows that cannibalism has both positive and negative effect on the stability of the system, it depends on the dynamic behaviors of the original system. If the predator species in the system without cannibalism is extinct, then suitable cannibalism may lead to the coexistence of both species, in this case, cannibalism stabilizes the system. If the cannibalism rate is large enough, the prey species maybe driven to extinction, while the predator species are permanent. If the two species coexist in the stable state in the original system, then predator cannibalism may lead to the extinction of the prey species. In this case, cannibalism has an unstable effect. Numeric simulations support our findings.

The aim of this paper is to investigate the dynamic behaviors of the following predator–prey model with cannibalism for predator:
$$ \begin{gathered} \frac{dx}{dt} = x(b-\alpha x-my), \\ \frac{dy}{dt} = y(-\beta +c_{1}+nx)- \frac{cy^{2}}{y+d}, \end{gathered} $$
(1.1)
where \(c_{1}< c\), x and y are the density of the prey and predator at time t, respectively. b and α denote the intrinsic growth rate and intraspecific competition of the prey, respectively; β is the death rate of the predator; m denotes the strength of intraspecific interaction between prey and predator; n is the conversion efficiency of ingested prey into new predators; \(cy^{2}/(y+d)\) denotes the cannibalism of the predator; \(c_{1}\) is the birth rate from the predator cannibalism. All the coefficients are nonnegative constants.

In recent years, cannibalism as a special phenomenon in nature which often occurs in plankton [22], fishes [23], spiders [24], and social insect populations [26] attracted the attention of many scholars. It is a behavior that consumes the same species and helps to provide food sources. Obviously, cannibalism has a very important effect on the dynamic behaviors of the populations (see [22, 23, 24, 25, 26, 27, 28, 29, 30, 31]).

Gao [25], Kang et al. [26], and Rodriguez-Rodriguez et al. [27] proposed and studied the single species stage-structure model with cannibalism. Kang et al. [26] and Rodriguez-Rodriguez et al. [27] thought cannibalism had a great significance for evolution. Zhang et al. [28] obtained a set of sufficient conditions for the permanence of the nonautonomous predator–prey system with periodic attacking rate. Recently, Zhang et al. [29] proposed the following stage-structure prey–predator model with cannibalism for predator:
$$ \begin{gathered} \dot{x} = -x+y+\varepsilon xy+xz, \\ \dot{y} = b_{1}x-\sigma y-\beta xy, \\ \dot{z} = (b_{2}-x)z, \end{gathered} $$
(1.5)
where \(x(t)\) and \(y(t)\) are the densities of the adult predator and juvenile predator at time t, respectively, \(z(t)\) is the density of the prey at time t. The term \(\beta xy\) reflecting the intraspecific interaction denotes the cannibalization rate of adult predators to juvenile ones, the term \(\varepsilon xy \) is the rate of the adult predators increase due to being better fed through eating juveniles. Zhang et al. [29] obtained that large cannibalization rate can make the positive equilibrium globally stable although its stability would change with the increase of the cannibalism rate.

Generally speaking, scholars [22, 23, 24, 25, 26, 27, 28, 29] used the bilinear function \(\beta x y\) to describe the cannibalism phenomenon. Only recently did scholars [30, 31] adopted the idea of the functional response of predator–prey model and proposed the nonlinear cannibalism model.

In 2016, Basheer et al. [30] proposed the prey–predator model with prey non-linear cannibalism as follows:
$$ \begin{gathered} \frac{du}{dt} = u(1+c_{1}-u)- \frac{uv}{u+\alpha v}-c \frac{u^{2}}{u+d}, \\ \frac{dv}{dt} = \delta v\biggl(\beta - \frac{v}{u}\biggr), \end{gathered} $$
(1.6)
where \(c_{1}< c\), u and v represent the densities of prey and predator at time t, respectively. The parameters \(c_{1}\), α, c, d, δ, and β are nonnegative constants. Different from the previous works [24, 25, 26, 27, 28, 29], Basheer et al. [30] used the Holling II type functional response to describe cannibalism. Here the generic cannibalism term \(C(u)\) is added in the prey equation and is given by
$$ C(u)=c\times u\times \frac{u}{u+d}, $$
where c is the cannibalism rate. This term is obviously more appropriate with the reality of ecology and has a clear gain of energy to the cannibalistic prey. This gain results in an increase in reproduction in the prey, modeled via adding a \(c_{1}u\) term to the prey equation. Obviously, \(c_{1}< c\), as it takes depredation of a number of prey by the cannibal to produce one new offspring. They obtained that prey cannibalism alters the dynamics of the predator–prey model. System (1.6) is stable with no cannibalism, while it is unstable with prey cannibalism under the same conditions. After that, Basheer et al. [31] studied the predator–prey model with cannibalism in both predator and prey population and obtained more detailed results.

2 Existence and local stability of equilibria

2.1 The existence of equilibria

Summarizing the above discussion, we obtain the following theorem.

2.2 The local stability of equilibria

The proof of Theorem 2.2 is finished. □

The proof of Theorem 2.3 is finished. □

The proof of Theorem 2.4 is finished. □

The proof of Theorem 2.5 is finished. □

In this section we consider the global asymptotic stability of the equilibria.

We will prove Theorem 3.1 by constructing some suitable Lyapunov function.

The proof of Theorem 3.1 is finished. □

We will prove Theorem 3.2 by constructing some suitable Lyapunov function.

The proof of Theorem 3.2 is finished. □

We will prove Theorem 3.3 by constructing some suitable Lyapunov functions.

The proof of Theorem 3.3 is finished. □

In this section we consider the dynamics of systems (1.1) and (1.2) under different parameters.

Based on the traditional Lotka–Volterra predator–prey model, we propose and study a predator–prey model with predator cannibalism in this paper. We have investigated the local and global stability of the possible equilibria of the model. Meanwhile, we can find some interesting phenomenon about the dynamic behaviors of system (1.1). If system (1.2) (no cannibalism, i.e., \(c=0\) and \(c_{1}=0\)) has a boundary equilibrium \(E^{1}( \frac{b}{\alpha }, 0)\), which is globally asymptotically stable (see Fig. 1), a suitable cannibalism rate (\((\beta < c_{1}<\beta + \frac{b(\beta +c)+\beta dm}{b+dm} )\)) leads to system (1.1) admitting a unique positive equilibrium, and it is globally asymptotically stable (see Fig. 3, Fig. 4, and Fig. 5). That is to say, cannibalism within a certain range can make the two species persistent. So in this case, cannibalism in a certain range has a positive effect for the coexistence of the prey and the predator. With the increase of \(c_{1}\), the positive equilibrium will disappear and the boundary equilibrium \(E_{2} (0, \frac{d(c_{1}-\beta )}{c+\beta -c_{1}} )\) will appear (see Fig. 6). That is to say, without other sources of food, predator populations can still survive on cannibalism. For example, salamanders only depend on cannibalism to survive in summer.

That is, by introducing the predator cannibalism, the dynamic behaviors of the system become complicated.

The author would like to thank Dr. Liqiong Pu for bringing our attention to the paper of Jiming Zhang.

All authors contributed equally to the writing of this paper. All authors read and approved the final manuscript.

The research was supported by the National Natural Science Foundation of China under Grant (11601085).

The authors declare that there is no conflict of interests.