Journal of Inequalities and Applications 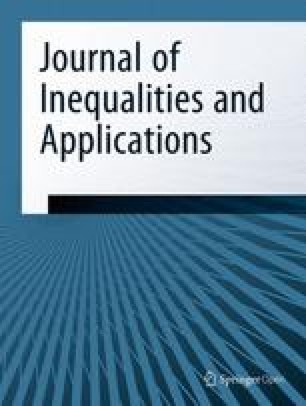 Journal of Inequalities and Applications

Nowadays, in science and modern analysis the convexity plays an important role in economics, statistics, management science, engineering, and optimization theory. For instance, Barani et al. [1] presented the Hermite–Hadamard inequality for functions with preinvex absolute values of derivatives. Characterizations of convexity via Hadamard’s inequality has been studied in [2]. In 2003, Dragomir and Pearce [3] proposed some applications of Hermite–Hadamard inequalities. In 2015, Dragomir [4] presented inequalities of Hermite–Hadamard type for h-convex functions on linear spaces. Some other interesting results can be found in books [5, 6] and research papers [7, 8]. In the recent years, generalizations and extensions were made rapidly for convex functions; for a recent generalization, see [9, 10, 11].

The work on the convexity is extended day by day by using some techniques; see [12, 13, 14]. The strongly extended convexity is widely used in optimization, economics, and nonlinear programming.

In this paper, we first present some preliminaries and basic results. In the next section, we investigate Schur-type, Hermite–Hadamard-type, and Fejér-type inequalities for the newly introduced class of functions.

In this section, we investigate a new class of convexity by using a basic result. There is no loss of generality in the extended version of convexity. To get asymptotic results, it is necessary to put some restrictions: L is an interval in \(\mathbb{R}\), and \(\eta : A \times A \rightarrow B \subseteq \mathbb{R}\) is a bifunction.

Now we are going to introduce a new extended definition of convexity.

This section contains some basic and straightforward results. The following proposition shows the linearity of the class of generalized strongly modified h-convex functions.

Further, we will discuss the Hermite–Hadamard-type inequality for generalized strongly modified h-convex functions.

Now we prove the following lemma by using technique of [25]. This lemma has the crucial fact that generalized strongly modified h-convex functions behave like classic convex functions.

Data are included within this paper.

All authors have equal contribution. All authors read and approved the final manuscript.

Authors of this paper declare that they have no competing interests.