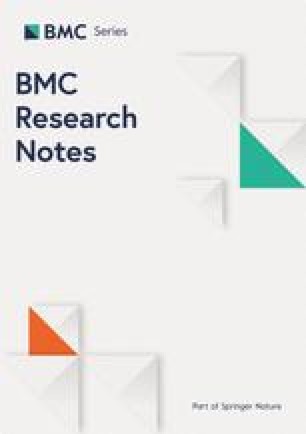 Takayasu’s arteritis: a case with relapse after urgent coronary revascularization

A 24-year old woman was referred for coronary angiography because of typical progressive angina pectoris. On bicycle ergometry, there were both reproducible symptoms and deep ST segment depressions on precordial leads. Semi-selective angiography of the left coronary artery revealed high-grade ostial stenosis. Because of persistent angina pectoris and electrocardiographic signs of acute myocardial ischemia, immediate percutaneous coronary angioplasty with subsequent implantation of an everolimus-eluting stent was performed. This intervention was performed with excellent angiographic results. Because of several concomitant criteria including hypoechogenicity on postprocedural intravascular ultrasonography, the diagnosis of Takayasu’s disease was made. The patient was treated with prednisolone and cyclophosphamide for 5 months. Because of recurrent angina pectoris, another coronary angiography was performed, which revealed high-grade in-stent-restenosis. Immunomodulatory therapy was switched to high-dose prednisolone and the anti-IL-6 receptor antagonist tocilizumab. The high-grade in-stent-restenosis persisted, and aortocoronary bypass graft surgery was performed with two saphenous vein grafts to the left anterior descending and circumflex artery. Since then, the patient has been doing well for 2 years.

The taking of comprehensive medical histories and awareness of unusual manifestations of stenosis or occlusions of central, peripheral, or coronary arteries can support the diagnosis of vasculitic syndromes: e.g., Takayasu’s arteritis [1, 2]. After establishing this diagnosis, standard immunosuppressive therapy, including high-dose corticosteroids, should begin—in most cases, combined with another non-biological immunosuppressive agent [3]. In cases of critical manifestation of vasculitic lesions, revascularization procedures may be life-saving. For relapse or progression during standard immunosuppressive therapy, biological agents have shown promising clinical results in small non-randomized observational studies [4, 5, 6]. We present a case of Takayasu´s arteritis with typical features and complications, and with an unusual course of this rare disease.

A 24-year-old white woman was referred for coronary angiography owing to typical progressive angina pectoris. Bicycle ergometry disclosed reproducible symptoms as well as deep ST segment depressions in the precordial leads. 2 years earlier, the patient had been diagnosed with occlusion of the left subclavian artery, possibly associated with a thoracic outlet syndrome.

Takayasu’s arteritis is a rare disease, with an incidence of about 1 per million worldwide; its incidence is higher in Southeast Asia and, especially, in Japan [2]. The low prevalence of the disease has led to the use of numerous different diagnostic tools and inconsistent diagnostic criteria [1]. However, common criteria consist of low patient age (<40 years [1] or <50 years [7]) and subclavian artery stenosis or occlusion with several other minor or major diagnostic criteria [1]. This course illustrates the need for an integrative approach in medicine, as the occurrence of subclavian artery occlusion might have led to a diagnosis much earlier, if the previous diagnostic work-up had been performed extensively. Asymmetric pulses and/or differences in blood pressure should increase physicians’ vigilance to vasculitides, particularly Takayasu’s vasculitis.

As in many other orphan diseases, outcome data from randomized controlled trials evaluating treatment modalities are almost completely lacking for patients with Takayasu’s arteritis. Despite this lack of randomized outcome data, immunosuppression is considered the cornerstone of therapy. High rates of relapse during tapering of high-dose corticosteroid therapy [2, 8] lead to administration of additional immunosuppressive agents in most cases [3, 8]. Optimal revascularization therapy has been a matter of debate, and some authors opt for surgical therapy [2]. Most experts prefer revascularization after successful induction of vasculitis remission [2, 9]. Owing to the urgency prevailing during diagnostic coronary angiography, we decided to proceed with immediate percutaneous coronary intervention. In patients with active vasculitis during percutaneous intervention, rates of restenosis are reported to be as high as 70% [9]. There are no studies comparing immunosuppressive combination therapies. In cases of progression or relapse during standard therapy, modification of immunosuppression must be considered. Some authors have reported favorable results during treatment with biological agents such as anti-TNF agents, the interleukin-6 antibody tocilizumab [5, 6], and anti-B cell antibodies such as rituximab [5] in patients with Takayasu’s disease. However, most observations were made after failure of standard immunosuppressive therapy [3, 8].

KE, AH, DB, MCB, PMK were responsible for the care of the patient. KE wrote the draft of the manuscript. AH, DB, SBF, MCB, PMK analyzed the data and revised the manuscript critically. All authors read and approved the final manuscript.

Written informed consent was obtained from the patient for publication of this case report and accompanying images and data.