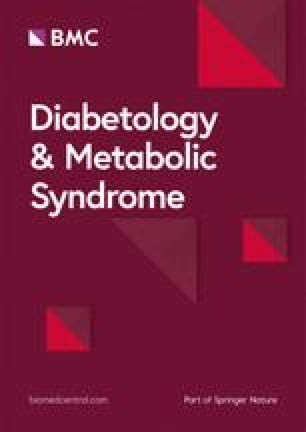 Enhancement of the serum chloride concentration by administration of sodium–glucose cotransporter-2 inhibitor and its mechanisms and clinical significance in type 2 diabetic patients: a pilot study

Chloride is a key electrolyte that regulates the body fluid distribution. Accordingly, manipulating chloride kinetics by selecting a suitable diuretic could be an attractive strategy for correcting body fluid dysregulation. Therefore, this study examined the effects and contributing factors of a sodium–glucose cotransporter-2 inhibitor (SGLT2i) on the serum chloride concentration in type 2 diabetic (T2DM) patients without heart failure (HF).

This study was a retrospective single-center observational study that enrolled 10 T2DM/non-HF outpatients for whom the SGLT2i empagliflozin (daily oral dose of 10 mg) was prescribed. Among these 10 patients, 6 underwent detailed clinical testing that included hormonal and metabolic blood tests.

Diabetes mellitus is a worldwide public health and economic problem. Glucose-regulating drug of sodium–glucose cotransporter 2 inhibitor (SGLT2i) may offer unique benefits as glucose-lowering agent [1, 2, 3]. Importantly, SGLT2i appear to have pleotropic effects [1, 2, 3] that are also cardioprotective and renal protective in patients with type 2 diabetes mellitus (T2DM) [4, 5, 6], and are now widely approved as antihyperglycemic agents.

This study was a retrospective single-center observational study that enrolled outpatients with T2DM/non-HF at Nishida Hospital (Saiki-city, Oita, Japan) prescribed empagliflozin (daily oral dose of 10 mg) between March 2017 and April 2018. The effects of empagliflozin on the serum chloride concentration were evaluated 1 to 2 months after administration was initiated. During the study period, empagliflozin was prescribed to 20 T2DM/non-HF patients, but 10 patients were excluded from the present study due to the lack of required clinical data (n = 6), complications with a serious co-morbidity requiring hospitalization (n = 2), or use of a diuretic (n = 2). The 10 remaining clinically stable T2DM/non-HF patients were the subjects analyzed in the present study. Among these 10 patients, 6 underwent detailed clinical examinations, including hormonal and metabolic blood tests, to estimate the factors contributing to the SGLT2i-mediated modulation of the serum chloride concentration. None of the patients enrolled in the study had used diuretics other than SGLT2i either before the initiation of SGLT2i administration or throughout the study period of SGLT2i treatment evaluation.

The ethics committee at Nishida Hospital approved the study protocol. Written informed consent was obtained from all patients before study enrollment.

All statistical analyses were performed using GraphPad Prism 4 (San Diego, CA). All data are expressed as the mean ± SD for continuous data and percentage for categorical data. Paired t tests for continuous data were used for two-group comparisons. All tests were 2-tailed, and a p value < 0.05 was considered statistically significant.

The clinical characteristics of the 10 T2DM/non-HF patients at study entry are shown in Table 1. Mean patient age was 61.7 ± 14 years (range, 36–92 years), and 40% were men. Cardiac function and renal function were preserved in all study patients, determined mainly on the basis of the b-type natriuretic level and estimated glomerular filtration rate. One patient had a history of myocardial infarction. None of the patients were on diuretics. Therapy for diabetes included isolated or combined use of metformin, sulfonylureas, and/or dipeptidyl peptidase-4 inhibitors.
Table 1

Clinical characteristics of the study patients at baseline

*Statistically significant difference between before and after treatments (p < 0.05, paired t test)

After sodium, chloride is the most abundant serum electrolyte [18], with a key role in the regulation of body fluids, electrolyte balance, preservation of electrolyte neutrality, and acid–base status, and is the essential component for assessing many pathologic conditions [19]. Recent studies [7, 8, 9, 10, 11] indicate that chloride, not sodium, is the primary electrolyte for regulating the fluid distribution in the human body according to the possible biochemical nature of the solutes, as follows. Solutes in the human body are classified as effective or ineffective osmoles on the basis of their ability to generate osmotic water movement, and osmotic water flux requires a solute concentration gradient [18]. “Tonicity” is the effective osmolality across a barrier, and regulates body water distribution to each body space compartment. According to the “chloride theory” [10], chloride ions, not sodium ions, are the key electrolyte for regulating the plasma volume in the human body. Thus, compared with cationic sodium ions, anionic chloride ions in the human body have the potential for “tonicity” in the vascular space [8, 10]; namely, chloride ions are the key electrolytes for primary regulation of the distribution of body fluid across body spaces, i.e., the intracellular, intravascular, interstitial compartments [18], and the pleural space [20].

As such, the present study demonstrated that SGLT2i could be classified as a “chloride-regaining” diuretic [10], such as acetazolamide [11, 21, 22] or vasopressin antagonists [23, 24]. “Chloride-regaining” diuretics, defined by the “chloride theory” [10], could have peculiar properties of preserving plasma volume and renal function [22, 25, 26], and the capability of draining interstitial body fluid by the serum chloride-associated enhancement of vascular “tonicity” [8, 10], as mentioned above. This concept is consistent with the recent clinical observations that SGLT2i reduces interstitial congestion without deleterious effects of arterial underfilling or predominantly decreased extracellular volume [27, 28].

Underlying mechanisms of SGLT2i for regaining the serum chloride concentration

It is reasonable to consider that the increase in serum chloride concentration by the administration of SGLT2i is caused by its osmotic diuretic action with subsequent water excretion (aquaresis) and mild hemoconcentration, mechanisms similar to those of vasopressin antagonists [23, 24]. In addition, the findings of the present study suggest the following underlying mechanisms for regaining or enhancing the serum chloride concentration. First, reabsorption of urinary chloride is enhanced by activation of the renin-angiotensin-aldosterone system (RAAS) induced by SGLT2i due to blood pressure-lowering and blood vessel-contracting effects. Activation of the RAAS might be also induced by the reduced chloride supply to the macula densa by SGLT2 inhibition, similar to the actions of loop diuretics [29]. Controversies exist, however, about the effects of the SGLT2i on RAAS activity [30]. Indeed, a previous report pointed out that SGLT2i therapy inhibits RAAS activity [31]. It is likely that various levels of RAAS activity are observed in different phases (e.g., acute, sub-acute, or chronic) of SGLT2i treatment among heterogeneous T2DM patients [32]. The “chloride theory” [10] predicts that SGLT2i likely inhibits RAAS activity by its chloride-regaining effects [33]. In the present study, the RAAS activity at baseline was already slightly activated similar to a previous report [34], but RAAS activation was not markedly activated after SGLT2i treatment.

This study included a small number of patients at a single center, and there are important limitations to consider, including (1) a selection bias due to data availability and (2) low statistical power with wide variabilities in the data. Thus, the data must be cautiously interpreted. To my knowledge, however, it is the first study examined the effects and contributing factors of SGLT2i on the serum chloride concentration in T2DM/non-HF patients. Additional studies with more T2DM patients with or without HF, and an extended observational period are needed to better clarify the diuretic effects of SGLT2i on the chloride kinetics.

An SGLT2i administration in T2DM/non-HF patients preserve or enhance the serum chloride concentration. Such a diuretic effect would preserve vascular volume and promote drainage of excessive extravascular fluid into the vascular space [27, 28] by enhancing vascular “tonicity” [8]. Caution is advised when using an SGLT2i in patients with hypernatremia/chloremia because these diuretics might lead to an increase in serum chloride and sodium levels [42].

The authors express appreciation to Mariko Wakita for her valuable assistance during the study.

Ethics approval and consent to participate, consent for publication

The Institutional Review Board (IRB) at Nishida Hospital approved the study (No. 201611-01), and all patients provided written informed consent before participation.

The author declares that they have no competing interests.