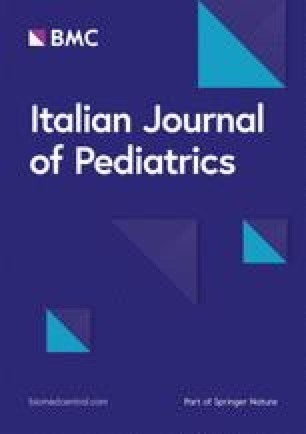 The efficacy of dopamine versus epinephrine for pediatric or neonatal septic shock: a meta-analysis of randomized controlled studies

We have searched PubMed, EMbase, Web of science, EBSCO, and Cochrane library databases through July 2019 for randomized controlled trials (RCTs) assessing the efficacy and safety of dopamine versus epinephrine for pediatric or neonatal septic shock.

Dopamine and epinephrine show the comparable efficacy for the treatment of pediatric or neonatal septic shock.

Septic shock becomes the leading cause of mortality and morbidity among neonates and children worldwide [1, 2, 3]. Some studies report 10–50% of mortality in developed countries and up to 80% of mortality in developing countries [4, 5, 6]. The Surviving Sepsis Campaign 2012 guidelines have recommended dopamine as the first-line vasoactive agent in fluid-refractory septic shock [7]. Dopamine has a dose-dependent agonist effects on dopaminergic and adrenergic (α and β) receptors. Dopamine is inotropic via β-adrenergic stimulation in the dose range of 5–10 μg/kg/min, while it has both predominant inotropic effect and mild vasopressor effect via α1-adrenergic stimulation in the dosing range of 10–15 μg/kg/min. In the dose of more than 15 μg/kg/min, dopamine is predominantly a vasopressor (via α1-adrenergic effect) with minimal inotropic action [8].

Dopamine infusion in septic shock can reduce the release of prolactin, increase oxidative stress, suppress pro-inflammatory cytokine production and increase anti-inflammatory cytokine production [9, 10]. In young children and infants with decompensated hypotensive septic shock, dopamine response may be unpredictable because of receptor insensitivity to dopamine or catecholamine depletion [11]. In adults with septic shock, dopamine results in the increase in mortality and occurrence of arrhythmias when compared with norepinephrine [8, 12]. Epinephrine has the ability to increase mean arterial pressure and cardiac output, but may increase serum lactate and impair gut perfusion in septic shock [13, 14].

We have systematically searched several databases including PubMed, EMbase, Web of science, EBSCO, and the Cochrane library from inception to July 2019 with the following keywords: dopamine, and epinephrine, and septic shock, and pediatric or neonates. The inclusion criteria are as follows: (1) study design is RCT, (2) patients are diagnosed as pediatric or neonatal septic shock, and (3) intervention treatments are dopamine versus epinephrine.

Some baseline information is extracted from the original studies, and they include first author, number of patients, age, the number of male, weight, mechanical ventilation requirement, and detail methods in two groups. Data are extracted independently by two investigators, and discrepancies are resolved by consensus. We have contacted the corresponding author to obtain the data when necessary.

The methodological quality of each RCT is assessed by the Jadad Scale which consists of three evaluation elements: randomization (0–2 points), blinding (0–2 points), dropouts and withdrawals (0–1 points) [20]. One point would be allocated to each element if they have been conducted and mentioned appropriately in the original article. The score of Jadad Scale varies from 0 to 5 points. An article with Jadad score ≤ 2 is considered to be of low quality. The study with Jadad score ≥ 3 is thought to be of high quality [21].

We assess standard mean differences (SMD) with 95% confidence intervals (CIs) for continuous outcomes (heart rate, systolic blood pressure, and mean arterial pressure), and risk ratios (RR) with 95% CIs for dichotomous outcomes (shock reversal within 1 h, mortality, and adverse events). Heterogeneity is evaluated using the I2 statistic, and I2 > 50% indicates significant heterogeneity [22]. The random-effects model is used for all meta-analysis. We search for potential sources of heterogeneity for significant heterogeneity. Sensitivity analysis is performed to detect the influence of a single study on the overall estimate via omitting one study in turn or performing the subgroup analysis. Owing to the limited number (< 10) of included studies, publication bias is not assessed. Results are considered as statistically significant for P < 0.05. All statistical analyses are performed using Review Manager Version 5.3 (The Cochrane Collaboration, Software Update, Oxford, UK).

Figure 1 shows the detail flowchart of the search and selection results. 234 potentially relevant articles are identified initially and three RCTs are finally included in the meta-analysis [15, 16, 17].
The baseline characteristics of three included RCTs are shown in Table 1. These studies are published between 2015 and 2018, and the total sample size is 220. The methods of dopamine or epinephrine are various in each RCT. Two studies involve pediatric septic shock [16, 17], and the remaining study involves neonatal septic shock [15].
Table 1

In contrast, epinephrine acts directly on adrenergic receptors [23], and has the ability to decrease myocardial oxygen extraction ratio and increase the coronary sinus oxygen content in animal models [32]. Epinephrine is found to show three times more likely to achieve the resolution of shock within first hour of resuscitation than dopamine in pediatric fluid-refractory hypotensive septic shock. Early resolution of shock with epinephrine benefits to improve organ functions [16]. Our meta-analysis suggests that dopamine and epinephrine obtains the comparable shock reversal for pediatric or neonatal septic shock.

In adults with septic shock, strong evidence is observed that dopamine increases the mortality and adverse events [8, 12]. In another study, the mortality in children receiving dopamine is significantly increased than those taking epinephrine in the short period of time in pediatric septic shock [17]. However, there is no statistical difference of mortality between dopamine and epinephrine in the management of pediatric or neonatal septic shock based on this meta-analysis. In addition, no significance of heart rate, systolic blood pressure, mean arterial pressure or adverse events is observed between these two groups. Regarding the sensitivity analysis, significant heterogeneity is observed for shock reversal within 1 h (I2 = 71%, heterogeneity P = 0.06, Fig. 2), systolic blood pressure (I2 = 53%, heterogeneity P = 0.14, Fig. 5) and mean arterial pressure (I2 = 94%, heterogeneity P < 0.0001, Fig. 6). Many factors such as different population with septic shock, doses, duration and methods of drug use may result in this heterogeneity.

Several limitations exist in this meta-analysis. Firstly, our analysis is based on only three RCTs, and more RCTs with large sample size should be conducted to explore this issue. Next, there is significant heterogeneity, which may be caused by different population with septic shock, doses, duration and methods of drug use etc. Finally, it is not feasible to perform the subgroup analysis based on pediatric or neonatal septic shock based on limited RCTs.

Dopamine and epinephrine shows the similar efficacy and safety for pediatric or neonatal septic shock, and more studies should be conducted to investigate this issue.

The authors declare that they have no competing interest.