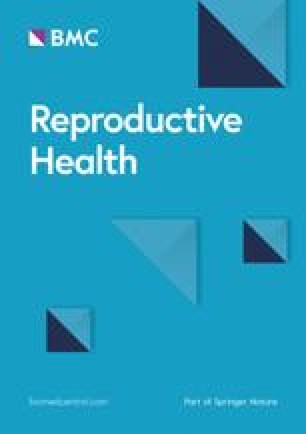 Using the theory of planned behavior to explain birth in health facility intention among expecting couples in a rural setting Rukwa Tanzania: a cross-sectional survey

Despite the fact that majority of study respondents had birth in health facility intention, the likelihood of this intention resulting into practice is weak because none of the domains of theory of planned behavior showed a significant influence. Innovative interventional strategies geared towards improving domains of intention is highly recommended in order to elicit strong intention to use health facilities for childbirth.

Statistical Package for the Social Sciences

According to the theory of planned behavior, an individual’s intention to engage in a certain behavior facilitates the practice of the behavior. Individuals are much more likely to intend to have healthy behaviors (use of health facility for childbirth) if they have positive attitudes about the behaviors, believe that perceived subjective norms (social pressure) are favorable towards those behaviors and believe they are able to perform those behaviors correctly. Also, a person’s intentions will be stronger when they have all three of the above than when they have only one. Research demonstrates that intentions matter – as the stronger a person’s intentions to use health facility for childbirth, the more likely that person will actually perform that behavior. However, it is important to remember that many outside factors and restrictions can prevent an individual from performing a behavior, even when they have an intention to do so.

However, maternal health is more than the survival of pregnant women and mothers. Studies have found that for each woman who lost her life in the course of bringing another life, there are 20 others who suffer pregnancy-related illness or experience other severe consequences [11]. Such pregnancy–related illnesses include severe acute maternal illnesses and chronic illnesses. The severe acute illnesses are life threatening complications such as organ failure and lifesaving surgery which necessitate timely emergency obstetric care in a hospital so that they can survive [12].

The other type of maternal illness is chronic illnesses. These are conditions caused by the birthing process and while they are not life-threatening, they greatly impair the quality of life, such as fistula, uterine prolapse, and dyspareunia. Other disabilities are also called postpartum maternal morbidities and include urinary incontinence, hernias, hemorrhoids, breast problems, and postpartum depression [12].

Similar to maternal survival, the survival of neonates depends very much on investment in maternal care, especially access to skilled antenatal care, delivery and early postnatal services [13]. This is because 36% of all newborn deaths are due to severe infections which necessitate identification and treatment of infections during pregnancy as well as clean delivery practices [13]. Also, asphyxia (difficulty in breathing after birth) causes 23% of newborn deaths and can largely be prevented by improved care during labor and delivery [13].

Previous studies have pointed out that among the causes of low use of health facility for childbirth are social demographic characteristics of expecting mothers (level of education, place of resident, parity etc) [15], low level of birth preparedness and low male involvement in birth preparedness [16, 17, 18]. Countries with good indicators in maternal and infant mortality have pregnancy related complications identified and managed early.

Two districts with the lowest rate of facility delivery in the Rukwa Region (Sumbawanga Rural District and Kalambo District) were purposively selected from the four districts of the region. Three staged multi-stage cluster sampling technique was used to obtain study participants. During first stage random samplings, all wards (12 wards of Sumbawanga Rural District and 17 wards of Kalambo District) in each district were listed and by the use of the lottery method of random sampling, five wards from Sumbawanga District and 10 from Kalambo District were picked. During second stage random sampling, all villages in the selected wards were listed and another simple random sampling was conducted to select 15 villages from Sumbawanga rural district and 30 villages from Kalambo District. The third stage sampling was a systematic sampling used to obtain households with pregnant women of 24 weeks gestation or less and living with a male partner. At each visited household, a female partner was interviewed for the signs and symptoms of pregnancy. A female partner who had missed her period for 2 months was requested to complete a pregnancy test. Those with positive tests who gave consent to participate were enrolled in the study. If a selected household had no eligible participants, the household was skipped and researchers entered into the next household.

Ζα = Standard normal deviation (1.96) at 95% confidence level for this study.

2β = standard normal deviate (0.84) with a power of demonstrating a statistically significant difference before and after the intervention between the two groups at 90%.

A total of 546 couples were included in this study.

Data were collected using interviewers-administered questionnaires. Four trained research assistants (two from each district) were recruited, trained and participated in data collection. A questionnaire about domains of theory of planned behavior on birth in health facility intention was developed using the Theory of Planned Behavior. A pilot survey was done among ten (10) expecting couples from unselected village to test the reliability of the research tool. The questionnaire had two parts; i) social demographic characteristics ii) a Likert scale where respondents were supposed to strongly agree, agree, neutral, strongly disagree and disagree. The Likert response were scored as strongly agree = 5, agree = 4, neutral = 3, disagree = 2 and strongly disagree = 1.

The data were checked for completeness and consistencies, were entered in to computer using statistical package IBM SPSS version 23. The analysis was done for each group (pregnant women and their male partners) separately. Scores on the domains of theory of planned behavior were treated as continuous scores. Descriptive characteristic on the continuous variables were used to generate mean scores, standard deviation. Independent t-test was used to compare mean scores between pregnant women and their male partners. For categorical variables, descriptive analysis was used to generate frequency distribution and cross tabulation was used describe the characteristics of the study participants. A chi-square test was used to test the relationship between socio-demographic characteristics and intention. All variables with p-value of 0.2 and below were used in bivariate logistic regression and multivariate logistic regression and ap-value below 0.05 was termed as a significant association.

Majority of study participants 499(91.2%) of pregnant women and 488(89.7%) of their partners had intention to use health facility for childbirth.

Among pregnant women characteristic of nearby health facility (p = 0.024) and owning a mobile phone (p = 0.018) were variables which influenced significantly birth in health facility intention (Tables 2 and 3).
Table 2

In crude odds ratio among pregnant women two domains (attitudes and perceived behavior control) showed a significant association with no intention to use health facility for childbirth. After controlling for the confounders (Own a mobile phone, characteristic of nearby health facility and covered with health insurance), among the domains of theory of planned behavior, no intention to use health facility for childbirth decreased as the attitude(B = − 0.091; p = 0.453) and perceived behavior control (B = − 0.138; p = 0.244) scores increase among pregnant women nevertheless the relationship was not statistically significant (Table 4).
Table 4

Despite the fact that, the majority of study participants had intention to use health facility for childbirth, their intention was weak. According to theory of planned behavior, the intention to engage into a behavior is predicted by three variables-the attitudes, perceived subjective norms (socio pressure) and perceived behavior control. A person’s intentions will be stronger when all domains of intention have significant influence to the intention [25]. Research demonstrates that intentions matter – as the stronger a person’s intentions to have a healthy behavior, the more likely that person will actually perform that behavior [25].

On contrary, Odds of no intention increases with increase in perceived subjective norms scores. This means that the perception of social pressure to support use of maternal services increase the intention not to use health facility for childbirth. In other words, social pressure does not increase the intention to use health facility for childbirth. This is contrary to what was postulated by the theory of planned behavior where perceived subjective norms is among the domains which increase intention to engage into a behavior [14].

This study found that none of the domains of theory of planned behavior showed a significantly influenced on birth in health facility intention among both pregnant women and their male partners. This means that the intention to engage into the behavior is weak and may not be translated to action This is translated in the real practice of low use of health facility for childbirth in this community where more than 69% of birth occur outside health facility assisted by unskilled personnel [7]. The finding is in contrast with a similar study done in Ethiopia where all predictors of intention significantly influenced the intention [26]. The difference in finding is due to differences in place of receiving skilled maternal care. While this study was about birth in health facility intention, the study in Ethiopia was about intention in maternity home.

In addition to the existing interventions in Tanzania such as increasing number of facilities and removed financial barriers in accessing maternal services, behavior theory integrated interventions to address deep seated predictors of health seeking behaviors is highly recommended.

The study was not funded.

The proposal was approved by Ethical Review Committee of the University of Dodoma. A letter of permission was obtained from the Rukwa Regional Administration. Both written and verbal consent were sought from study participants after explaining the study objectives and procedures. Their right to refuse to participate in the study at any time was assured.

The manuscript does not have individual-specific data.