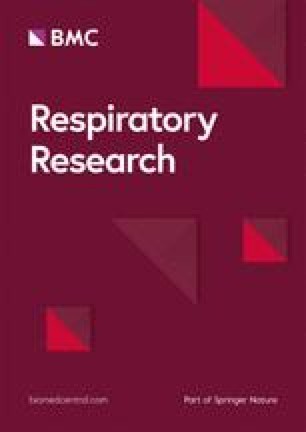 This study aims to evaluate the impact of diffusing capacity of the lung for carbon monoxide (DLco) before and after neoadjuvant concurrent chemoradiotherapy (CCRT) on postoperative pulmonary complication (PPC) among stage IIIA/N2 non-small-cell lung cancer (NSCLC) patients.

We retrospectively studied 324 patients with stage IIIA/N2 NSCLC between 2009 and 2016. Patients were classified into 4 groups according to DLco before and after neoadjuvant CCRT; normal-to-normal (NN), normal-to-low (NL), low-to-low (LL), and low-to-very low (LVL). Low DLco and very low DLco were defined as DLco < 80% predicted and DLco < 60% predicted, respectively.

On average, DLco was decreased by 12.3% (±10.5) after CCRT. In multivariable-adjusted analyses, the incidence rate ratio (IRR) for any PPC comparing patients with low DLco to those with normal DLco before CCRT was 2.14 (95% confidence interval (CI) = 1.36–3.36). Moreover, the IRR for any PPC was 3.78 (95% CI = 1.68–8.49) in LVL group compared to NN group. The significant change of DLco after neoadjuvant CCRT had an additional impact on PPC, particularly after bilobectomy or pneumonectomy with low baseline DLco.

The DLco before CCRT was significantly associated with risk of PPC, and repeated test of DLco after CCRT would be helpful for risk assessment, particularly in patients with low DLco before neoadjuvant CCRT.

Diffusing capacity of the lung for carbon monoxide

Summary at a glance

Patients with impaired pulmonary function, assessed by forced expiratory volume in 1 s (FEV1) and the diffusing capacity of the lung for carbon monoxide (DLco), have an increased risk of pulmonary complications and poorer survival outcomes [8, 9]. In IIIA/N2 disease planning for neoadjuvant CCRT, as DLco is generally reduced after CCRT, the DLco loss after CCRT has been highlighted to predict PPC.

Nevertheless, there were a few studies evaluating DLco after neoadjuvant CCRT as a predictor of PPC [10, 11, 12, 13], which were conducted in a small number of patients with inconsistent results for impact of DLco after CCRT on PPC. Thus, we aimed to confirm the DLco change after CCRT and to evaluate the impact of DLco before and after CCRT on PPC among the large number of patients with stage IIIA/N2 NSCLC. Additionally, we performed subgroup analysis based on the surgical extent.

This is a retrospective cohort study. The data was obtained from the lung cancer registry at Samsung Medical Center from January 2009 to December 2016 and there were 333 patients completed induction CCRT followed by surgery with curative intent for histologically confirmed stage IIIA/N2 NSCLC and underwent spirometry and DLco before and after neoadjuvant CCRT. We excluded patients with interstitial lung disease (n = 3), limited resection (n = 3), and salvage operation (n = 6), resulting in 321 patients. This study was approved by the Institutional Review Board of Samsung Medical Center, which exempted the requirement for informed consent as we only used de-identified data retrieved from electronic medical records (IRB no. 2018–08–007-001).

Spirometry and DLco were performed using the Vmax 22 system (SensorMedics, Yorba Linda, CA, USA) according to criteria established by the American Thoracic Society/European Respiratory Society [14, 15]. Absolute values of DLco (mL/mmHg/min) were obtained, and the percentage of predicted values (% pred) were calculated using formula based on a representative Korean sample, which adjusted standard hemoglobin level [16].

The cardiopulmonary exercise test (CPET) was conducted in patients with the predicted postoperative FEV1 or DLco < 40% or to access performance status at the discretion of the treating surgeons. Of total 39 patients (12.1%) underwent CPET and all of them had greater than 15 ml/kg/min of maximal oxygen uptake (VO2max) except one 45-year young patient with 12.3 ml/kg/min.

Thoracic radiation therapy (TRT) was delivered to patients with a total dose of 44–45 Gy, 1.8 Gy/fraction over 5 weeks. The TRT target volume included the known gross and clinical disease plus adequate peripheral margins. The chemotherapy regimens consisted of weekly intravenous paclitaxel (50 mg/m2) or docetaxel (20 mg/m2) plus cisplatin (25 mg/m2) or carboplatin (AUC, 1.5) for 5 weeks. The first chemotherapy dose was delivered on the first day of TRT. Within 3 or 4 weeks following completion of neoadjuvant treatment, restaging procedures were performed with chest CT and/or PET/CT. Surgical resection was performed within4 to 6 weeks following the completion of neoadjuvant therapy unless the restaging workup showed evidence of progressive disease [6].

PPC occurred during hospitalization or readmission during the first 60 days postoperatively were reviewed based on the medical records. PPC included pneumonia, acute respiratory distress syndrome (ARDS), respiratory failure, significant atelectasis requiring bronchoscopy or reintubation, bronchopleural fistula, empyema, and prolonged air leakage for more than 5 days. The PPC were classified according to the Clavien–Dindo classification [19], and complications exceeding grade II were analyzed. The definition of PPC is shown in Additional file 1: Table S1. The 30-day and 90-day postoperative mortality were also evaluated.

Descriptive statistics were used to summarize the characteristics of patients by the incidence of PPC. Categorical variables were compared using the chi-square or Fisher’s exact tests, and continuous variables were compared using Student’s t-test. Comparison of pulmonary function tests before and after neoadjuvant CCRT were conducted using paired t-tests. Poisson regression with robust error variance was used to assess the association between DLco before and after neoadjuvant CCRT and PPC. For the main analyses, we calculated the multivariable-adjusted relative risk (aRR) and 95% confidence intervals (CI) of PPC. In addition, we modeled percent change as continuous variables using restricted cubic splines with knots at the 5th, 35th, 65th and 95th percentiles of the sample distribution to provide a flexible estimate of the dose-response relationship between percent change of DLco and PPC.

We used two models with increasing degrees of adjustment to account for potential confounding factors and to evaluate the role of potential biological mediators. Model 1 was adjusted for age at diagnosis, sex, and type of surgery, and model 2 was further adjusted for post-CCRT airflow limitation (FEV1 / FVC < 70%) and post-CCRT hemoglobin. We also performed sensitivity analyses for patients who underwent lobectomy to confirm the effects of DLco on PPC. All statistical analyses were two-sided with a significance level of 0.05. Analyses were performed using Stata software (ver.13.0; Stata Corp., College Station, TX, USA).

Postoperative pulmonary complications based on DLco before and after CCRT

Compared to patients with a normal DLco before CCRT, those with a low DLco before CCRT showed a significant increase risk in PPC [Incidence rate ratio (IRR) = 2.14, 95% confidence interval (CI) = 1.36–3.36].

Model 1: Adjusted for age, sex and type of surgery (lobectomy vs others)

These findings were also consistent after sensitivity analyses among patients who underwent lobectomy (Additional file 1: Table S2). The aIRR for any PPC tended to increase with a decrement of DLco after CCRT. In particular, the risk of PPC after bilobectomy or pneumonectomy sharply increased in patients with a low DLco before CCRT, when they had a greater than approximately 20% decrement of DLco after CCRT (Fig. 4).

In this study with patients with stage IIIA/N2 NSCLC, we found that neoadjuvant CCRT was associated with significant worsening of the DLco, and the risk of PPC was mainly determined by the DLco before CCRT rather than DLco after CCRT. Moreover, we also found that the pronounced change in DLco after neoadjuvant CCRT had a negative impact on PPC after bilobectomy or pneumonectomy, in particular, among patients with a low DLco before CCRT.

While neoadjuvant CCRT followed by surgery improves the oncological outcomes of IIIA/N2 NSCLC [3, 4, 5, 6], it increases the risk of postoperative complications [7]. In our study, however, the risk of having PPC was not significantly increased in patients with a normal DLco before CCRT, regardless of deterioration in DLco after CCRT. Moreover, patients with a consistently normal range DLco both before and after CCRT had less than a 10% incidence of PPC, which is comparable to those in early-stage NSCLC patients who had surgery without neoadjuvant treatment [20, 21]. In other words, the results of our study indicate that neoadjuvant CCRT followed by surgery could have acceptable morbidity in patients with a normal DLco both before and after CCRT.

Our study has several limitations. First, the study used data from a retrospective cohort, not all confounders or outcomes were included in the analysis. However, we were able to adjust major risk factors for PPC. Secondly, as this study was conducted at a referral hospital with comprehensive cancer center, the results of the study might not be generalizable to different settings [25]. Finally, our study could not evaluate the detailed causes of low DLco (e.g., emphysema, interstitial lung abnormalities, or pulmonary vasculopathy). Future study is required to elucidate the impact of the neoadjuvant chemoradiation therapy on each of underlying causes of low DLco. In particular, as the presence of emphysema is a common finding among lung cancer patients even in the patients with normal lung function, emphysema stratification and advanced imaging quantification using Parametric Response Mapping (PRM) on chest computed tomography would be of great value.

In conclusion, the risk of PPC was mainly associated with DLco before CCRT, and repeated testing would be also helpful for risk assessment, particularly in patients with a low DLco before neoadjuvant CCRT. These findings could provide therapeutically important information, particularly in terms of patient selection for surgery after neoadjuvant CCRT in those with stage IIIA/N2 NSCLC.

Availability of data and material

The data will not be shared with a reason.

None of the authors has a financial relationship with a commercial entity that has an interest in the subject of this manuscript.

This work was supported by the National Research Foundation of Korea (NRF) grant funded by the Korea government (MSIP) (No. 2017R1A2B2006435).

This study was approved by the Institutional Review Board of Samsung Medical Center, which exempted the requirement for informed consent as we only used de-identified data retrieved from electronic medical records.