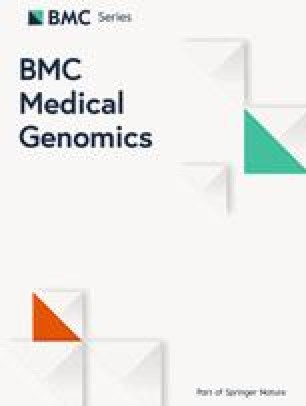 CONFIGURE: A pipeline for identifying context specific regulatory modules from gene expression data and its application to breast cancer

Gene expression data is widely used for identifying subtypes of diseases such as cancer. Differentially expressed gene analysis and gene set enrichment analysis are widely used for identifying biological mechanisms at the gene level and gene set level, respectively. However, the results of differentially expressed gene analysis are difficult to interpret and gene set enrichment analysis does not consider the interactions among genes in a gene set.

We evaluated CONFIGURE on the Cancer Genome Atlas (TCGA) breast cancer RNA-seq dataset to determine whether it can produce biologically meaningful regulatory modules for breast cancer subtypes. We first evaluated whether RMESs are useful for differentiating breast cancer subtypes using a multi-class classifier and one-vs-rest binary SVM classifiers. The multi-class and one-vs-rest binary classifiers were trained using the RMESs as features and outperformed baseline classifiers. Furthermore, we conducted literature surveys on the basal-like type specific regulatory modules obtained by CONFIGURE and showed that highly ranked modules were associated with the phenotypes of basal-like type breast cancers.

When context information is available, differentially expressed gene (DEG) analysis [4, 5, 6] is the most widely used for identifying marker genes that help to differentiate contexts. However, from DEGs, it is often difficult to identify the phenotypes or biological networks that are differentiated between the contexts. To overcome this problem, the gene set enrichment analysis (GSEA) method is widely used. The GSEA method can identify phenotypes or biological networks in which the DEGs are over-represented [7]. However, since the GSEA method is based on gene sets, the interaction information of biological networks is ignored. Several methods consider the interactions in biological networks when identifying context specific subnetworks [8, 9, 10]. However, these methods are unable to score subnetworks for single samples.

Recently, the authors of [16] have developed a single cell GRN inference and clustering method called SCENIC. SCENIC was developed to infer GRNs of single cells and identify new cell types by clustering single cells based on the activity scores of the GRN modules. However, SCENIC does not prioritize GRN modules for each identified context of a cell type.

Input and output of CONFIGURE

where T indicates the number of base decision trees in a random forest, n denotes a node in a base decision tree, nleft and nright denote the left and right child nodes of n, respectively. f(n) indicates the feature used for splitting the node n. S is the total number of samples, Sn is the number of samples on node n, C is the total number of contexts, and p(c|n) is the probability of the samples having the context c on node n.

We downloaded the RNA-seq data of the TCGA BRCA dataset (provisional) from cBioPortal [27, 28, 29]. We used the “data_RNA_Seq_v2_expression_median.txt” file from the TCGA BRCA dataset which contains RNA-seq data for 1100 samples. The RNA-seq data was quantified using the RSEM method [30]. Since the subtype information of samples in the TCGA BRCA dataset was not provided, we used the PAM50 method [31] to produce subtype labels for all the samples in the TCGA dataset. We used the genefu R package for running the PAM50 method [32]. Among 1100 samples, 1072 samples were classified as Luminal A, Luminal B, Her2, or basal-like by using the genefu R package and theses samples were used for the analysis. Table 2 shows the number of samples in each breast cancer subtype used for the analysis.
Table 2

The number of samples of each breast cancer subtype

We first tested whether RMESs are useful for differentiating breast cancer subtypes. To do this, we performed 10-fold cross validation and evaluated the performance of the multi-class support vector machine (SVM) classifier which uses RMESs as features[35]. We used the scikit-learn Python implementation of the SVM classifier (LinearSVC(penalty=’l1’, multi_class=’ovr’,dual=False)) [22].

We also evaluated the performance of one-vs-rest binary classifiers. One-vs-rest binary classifiers were trained on each subtype where samples of a given subtype were considered as positive samples and samples of other subtypes were considered as negative samples. Table 4 shows the accuracy score of each breast cancer subtype. The dominant class prediction classifier achieved an F1-score of 0 for all four subtypes because the negative class was the dominant class for all the subtypes, which resulted in 0 true positives. Our model which is the one-vs-rest binary SVM classifier trained using RMESs also obtained similar or slightly better performance than the SVM classifier trained using gene expression values. Also, our model obtained much better performance than COSSY. The classification results from the multi-class and one-rest-binary class experiments show that RMESs are useful features for differentiating contexts.
Table 4

We believe that CONFIGURE will prove to be a useful pipeline for generating hypotheses about novel transcriptional mechanisms that accurately characterize phenotypes.

We appreciate Susan Kim for editing the manuscript.

This article has been published as part of BMC Medical Genomics Volume 12 Supplement 5, 2019: Selected articles from the 8th Translational Bioinformatics Conference: Medical Genomics. The full contents of the supplement are available online at https://bmcmedgenomics.biomedcentral.com/articles/supplements/volume-12-supplement-5.

SP, JK, and HK designed the study. SP, DH, and YSY conducted the experiments. SP and JK analyzed the results. SP wrote the manuscript. All authors have read and approved the final manuscript.