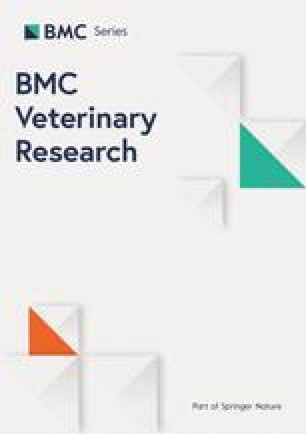 Bacterial infections are common in postpartum dairy cows. Cortisol level has been observed to increase in dairy cows during peripartum period, and is associated with the endometrial innate immunity against pathogens like E.coli. However, the mechanism underlying how cortisol regulates E.coli-induced inflammatory response in bovine endometrial epithelial cells (BEEC) remains elusive.

Cortisol decreased the expressions of IL1β, IL6, TNF-α, IL8, and TLR4 mRNA in BEEC treated with LPS or heat-killed E.coli, but up-regulated these gene expressions in BEEC stimulated by live E.coli.

Luying Cui and Yali Wang contributed equally to this work.

Endometritis is the inflammation of the endometrium which usually occurs in postpartum dairy cows. There are two main types of bovine endometritis, including clinical endometritis with purulent (> 50% pus) discharge in uterine lumen between 20 and 33 days postpartum or mucopurulent (approximately 50% pus and 50% mucus) discharge after 26 to 33 days postpartum [1, 2], and subclinical (cytological) endometritis, characterized by the abnormal proportion of polymorphonuclear (PMN) cells in endometrial cytology examination [1]. Endometritis causes infertility at the time the uterine infection is present and subfertility even after successful resolution of the disease, resulting in increased culling rate and great economic loss [2]. The most common cause of uterine infection is the pathogenic microorganisms affecting productivity and fertility of cows. Infection of the endometrium with Escherichia coli (E.coli) precedes infection by Trueperella pyogenes and a range of anaerobic bacteria that include Fusobacterium, Prevotella and Bacteriodes species [3, 4].

Uterine defenses rely initially on classical innate immunity. The bovine endometrial epithelial cells (BEEC) are the first to make contact with potential pathogens that enter the uterus [5]. One of the critical mechanisms recognizing pathogens and their pathogen associated molecular patterns is Toll-like receptors [6]. It is the Toll-like receptor 4 (TLR4) that specifically recognizes the lipopolysaccharide (LPS), a structural component of the outer membrane of E.coli [7, 8]. The activation of TLR4 causes the recruitment of the signaling adaptor MyD88, resulting in the activation of the downstream NF-κB signaling pathways. These signaling cascades stimulate the expressions of pro-inflammatory mRNA transcripts in the endometrium, including the cytokines interleukin1β (IL1β), IL6, tumor necrosis factor-α (TNF-α) and the chemokine IL8 [9, 10].

As a kind of glucocorticoids, cortisol is widely considered as an anti-inflammatory steroid hormone [11, 12, 13], which regulates all aspects of immune functions and inflammation [14]. The effects of glucocorticoids are described as inhibiting nuclear translocations and the functions of several pro-inflammatory transcription factors, then suppressing the syntheses of inflammatory mediators [15]. Increased level of endogenic cortisol was observed during parturition [16]. Previous study indicated that cortisol inhibited the inflammatory response in LPS-induced BEEC [17]. However, the relationship between cortisol and the endometritis caused by E.coli has not yet been clarified. The effect of cortisol on E.coli-stimulated BEEC is worthy of being investigated.

Here we reported the different effects of cortisol on the gene expressions of pro-inflammatory cytokines induced by E.coli or LPS. Quantitative PCR method was used to detect the expressions of IL1β, IL6, TNF-α, IL8, and TLR4 mRNA in BEEC co-treated with cortisol and LPS, heat-killed E.coli or live E.coli.

In this study, we demonstrated that cortisol inhibited the LPS- and heat-killed E.coli-induced expressions of pro-inflammatory genes (IL-1β, IL-6, IL-8, TNF-α, and TLR4) in BEEC. However, in cells challenged by live E.coli, we detected the reduced TLR4 mRNA expression and increased mRNA levels of IL-1β, IL-6, IL-8, and TNF-α. Co-treatment of cortisol and live E.coli further up-regulated the expressions of these pro-inflammatory genes.

Increased mRNA expressions of TLR4 have been reported in LPS-stimulated BEEC by Shen et al. [18], Herath et al. [9] and Dong et al. [17], and in heat-killed E.coli-stimulated BEEC by Chapwanya et al. [19]. Similarly, Yang et al. showed that heat-killed E.coli activated TLR4 receptor in HEK293 cells [20].. This concurs with our study, that LPS and heat-killed E.coli could up-regulate TLR4 mRNA. Binding of LPS to TLR4 increases the secretion of inflammatory cytokines [21, 22]. IL1β and IL6 are classical pro-inflammatory cytokines. The activities of IL1β and IL6 are similar to TNF-α, including the induction of pyrexia and the production of acute phase proteins [23]. IL8 is a chemokine that recruits immune cells such as neutrophils and lymphocytes, and stimulates the release of neutrophil granules [24]. Brauner et al. demonstrated that heat-killed E.coli induced the protein productions of IL-1β, IL-6, IL-8, and TNF-α [25]. Similarly in our result, the gene expressions of IL-1β, IL-6, IL-8, and TNF-α increased following the stimulation with LPS or heat-killed E.coli.

In contrast with increased TLR4 mRNA expression induced by LPS or heat-killed E.coli, the live E.coli down-regulated TLR4 expression. However, the levels of IL-1β, IL-6, IL-8, and TNF-α mRNA increased after the live E.coli stimulation. Previous study indicated that the pathogenic mechanism of E.coli is complex. Some pathotypes of E.coli have a large repertoire of effectors that are translocated into host cells by the type III secretion system (T3SS) and affect host cell activities [26, 27]. T3SS can induce an early pro-inflammatory response through the activation of NF-κB [28], resulting in the increased expression of pro-inflammatory genes. Another possibility was that several pathogenic Gram-negative bacteria have a modified lipid A, which is a part of LPS and enables the bacteria to evade TLR4-mediated immune surveillance [29]. This possibility was less likely because of the increased TLR4 expression in heat-killed E.coli group. Therefore, we speculated that the underlying mechanism of the increased expressions of inflammatory genes was not mediated by TLR4. We were unable to explain why the TLR4 gene expression decreased after the stimulation of live E.coli, which may require further investigation on TLR4 at posttranscriptional level and on the interaction between TLR4 and live E.coli.

The cells were isolated as described from Dong et al. [17] and from Cui et al. [34]. Cattle with hoof disease or mastitis from experimental farm of Yangzhou University were sent to the local abattoir and were culled. Bovine uteri from postpubertal nonpregnant cattle with no evidence of genital disease or microbial infection were collected and kept on ice until further processing in the laboratory [10]. Briefly, the uterine horns were cut and digested with 0.1% protease from Streptomyces griseus (P5147, Sigma, USA) diluted in DMEM/F-12 (D8900, Sigma, USA) at 4 °C for 18 h. Then the uterine horns were incised to facilitate scraping the endometrium. The scraped materials were washed, collected and centrifuged at 1000×g for 5 min. The cells were resuspended in DMEM/F-12 containing 15% fetal bovine serum (FBS, Gibco, USA) and 50 U/mL of penicillin/streptomycin. These cells were seeded in 25 cm2 flasks and cultured at 37 °C containing 5% CO2. The medium was changed when the cells reached 90% confluence. The purification of BEEC was confirmed to be above 99% by detecting CK-18 using immunohistochemistry.

E.coli O55 was obtained and isolated from a cow with endometritis (purulent uterine discharge) at experimental farm of Yangzhou University. The strain was routinely cultured overnight (37 °C, 120 rpm) in nutrient LB broth (L3022, Sigma, USA), and the bacterial fluid was pipetted into sterile LB for incubating (37 °C, 120 rpm) until to an optical density (OD 600 nm) of 0.6 to have a final density to 4 × 108 ± 1 × 108 CFU/mL. Both active and heat-inactive E.coli were used in this study. For live E.coli, the bacterial suspension was centrifuged at 4000×g for 10 min and followed twice further washes with PBS, then resuspended in DMEM/F-12 to a dose of 1 × 106 CFU/mL. To inactive bacteria, the bacterial suspension was heat killed for 60 min at 70 °C after washed with PBS as described. Then it was centrifuged at 4000×g for 10 min and resuspended in DMEM/F-12 to have a final inoculum corresponding to 1 × 108 CFU/mL. The doses of active and heat-inactive E.coli were selected based on a preliminary study and on studies of Korzekwa et al. [35] and Brauner et al. [25], respectively.

To evaluate the impact of cortisol on the inflammatory response of BEEC induced by E.coli or LPS, the cells plated on 6-well plates at a density of 1 × 106 cells per well were challenged with 1 × 106 CFU/mL live E.coli, 1 × 108 CFU/mL heat-killed E.coli, or 1 μg/mL LPS in the control medium or the medium containing cortisol (H0888, Sigma, USA). The concentrations of cortisol from 5 ~ 30 ng/mL were within the physiological levels in cows. The selection of 5, 15, and 30 ng/mL cortisol was based on a previous report of our lab [17]. For detecting the gene expressions of the cytokines, the cells were collected at 2, 4, and 6 h after live E.coli challenge or 2, 6, and 18 h after heat-killed E.coli or LPS stimulation.

The effect of live E.coli on cell viability was evaluated by trypan blue assay (C0011, Beyotime, China). The cells were incubated in the 6-well plates (1 × 106 cells per well) and grown to 80% confluence. After treatment with 1 × 106 CFU/mL E.coli for 6 h, the cell suspension was mixed with trypsin blue according to the manufacturer’s protocol. Cells were counted using a cytometer (TC10, Bio-Rad).

After treatment, cells were washed with 1 mL of PBS. Total RNA was extracted using the TRIzol reagent (15,596,018, Thermo, USA) according to the manufacturer’s protocol. The extracted RNA was quantified using a Nanodrop 2000 spectrophotometer (Thermo, USA). Total RNA (1 μg) was reverse transcribed into cDNA with the PrimerScript RT regent Kit gDNA Eraser (DRR047A, Takara, Japan). Real-time PCR was carried out by using SYBR Premix Ex Taq™ II (RR820A, TaKaRa, Japan) on the CFX 96 Real-Time PCR Detection System (BIO-RAD, USA) as previously described [34]. The 2-△△Ct method was used to analyze the relative gene expression. The β-actin was used as the internal control. The sequences of the primers were shown in Table 1. The PCR experiments were performed in triplicate.
Table 1

The list of primer sequences used for amplification of qPCR

Data analysis was performed using IBM SPSS Statistics 21.0 (IBM, NY, USA). All data were expressed as the means ± standard error (SEM). The significance of differences between groups was evaluated by one-way ANOVA, followed by Dunnett’s test. Significance was attributed when a two-sided p-value was less than 0.05. Each experiment was repeated three times.