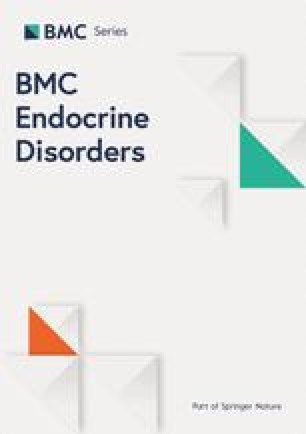 Global prevalence of cardiometabolic risk factors in the military population: a systematic review and meta-analysis

We simultaneously searched PubMed and NLM Gateway (for MEDLINE), Institute of Scientific Information (ISI), and SCOPUS with using standard keywords. All papers published up to March 2018 were reviewed. Two independent reviewers assessed papers and extracted the data. Chi-square-based Q test was used to assess the heterogeneity of reported prevalence among studies. The overall prevalence of all CMRFs, including overweight, obesity, high low-density lipoprotein (LDL), high total cholesterol (TC), high triglyceride (TG), low high-density lipoprotein (HDL), hypertension (HTN) and high fasting blood sugar (FBS) was estimated by using the random effects meta-analysis. A total of 37 studies met the eligibility criteria and were included in the meta-analysis.

The overall prevalence of some cardio-metabolic risk factors was estimated to be higher in military personnel. Therefore, the necessary actions should be taken to reduce risk of developing cardiovascular diseases.

The global prevalence of cardiovascular diseases and Metabolic syndrome (MetS) has increased over the last 20 years. The prevalence of Mets in men and women varies from 8% in India to 24% in USA, and from 7% in France to 43% in Iran, respectively [1]. Studies conducted on subjects over the past 20 years revealed that overweight, obesity, hypertension and hypercholesterolemia are the four leading causes of risk factors with the highest share of cardiovascular diseases [2, 3]. Mets is defined as a group of metabolic disorders that can lead to developing cardiovascular diseases, including central obesity, dyslipidemia, type II diabetes mellitus, certain cancers and all-cause mortality [1].

Sociodemographic factors (e.g. age, race and ethnicity), health behaviors (e.g. smoking, physical activity) and neuropsychiatric outcomes (depression, post-traumatic disorders) play a decisive role in the development of Mets [4, 5, 6]. Some of these factors are independently associated with military service [7, 8]. Military service personnel work in a unique environment characterized by high risk conditions and high levels of occupational stress [9]. It has been reported that military personnel with their heavy responsibilities are more likely to expose a greater risk of developing cardiovascular risk factors [10, 11].

Obesity and MetS have become the main health threat factors in military health system and their alarming incidence is a serious challenge for authorized organizations [12]. A study conducted on a population of military personnel in Iran reported that the prevalence of Mets, overweight and abdominal obesity in this group was estimated to be 11, 48 and 45%, respectively [13]. The prevalence of MetS in Chinese general population (16.5%) was much lower than that in the military population (35%) [14]. Obesity has been called as a serious national security threat by military institute in the United States [12]. A study on military personnel in Saudi Arabia revealed that the prevalence rates of overweight, obesity and current smoking were 41, 29 and 35% respectively [15].

There are numerous studies on the global prevalence of cardio metabolic risk factors (CMRFs) among military personnel. It is thus important to obtain an overall estimation on the prevalence of above-mentioned risk factors by synthesizing available studies. To date, the current study is the first meta-analysis conducted on this topic globally. Therefore, this study aimed to systematically review the literature on the estimation of the global pooled prevalence of CMRFs, including overweight, obesity, high low-density lipoprotein (LDL), high total cholesterol (TC), high triglyceride (TG), low high-density lipoprotein (HDL), hypertension (HTN) and high fasting blood sugar (FBS) in the military population.

This is a comprehensive systematic review of all available evidences on the prevalence of CMRFs in the military personnel. We developed a systematic review adhering to the PRISMA-P guidelines [16]. All the documents are based on the details of the study protocol. Registration number of current study in PROSPERO is CRD42018103345.

The main root of developing the search strategies is based on the two main components of “cardio metabolic risk factors” and “metabolic syndrome” in military personals. To assess the optimal sensitivity of search for documents, we simultaneously searched PubMed and NLM Gateway (for MEDLINE), Institute of Scientific Information (ISI), and SCOPUS as the main international electronic data sources (Additional file 1).

All available observational studies conducted up to March 2018 c on relevant subjects were included. There was no limitation for the target groups in terms of age and gender and language of published studies. In situation of more than one paper from the one study, the most complete data were considered. We also excluded papers with duplicate citation. Non-peer reviewed articles, conference proceedings and book chapters were considered for more access to relevant data.

After completing all three steps of data assessment for titles, abstracts and full texts, the full texts of each article selected were retrieved for more detailed analysis. The quality assessment and data extraction were followed a check list recorded citation, publication year, study year, place of study, type of study, population characteristics and methodological criteria (sample size, mean age, type of measure, results of measures and other information).

The prevalence and 95% confidence intervals (CI) were used for presenting the results. Chi-square based on Q test and I square statistics were used to assess the heterogeneity of reported prevalence among the studies. P < 0.05 was regarded as statistically significant at. Due to severe heterogeneity among studies regarding reported prevalence, the pooled prevalence was estimated using a random-effect meta-analysis proposed by Der-Simonian and Laird. We undertook a meta-regression analysis to assess the effect of study covariates, including the mean age of participants, quality score, type of personnel, and years of publication of reported prevalence. Meta-analysis was performed for risk factors reported in more than four studies. If a study was reported separately the prevalence of CMRFs over a time period, the weighted prevalence for the entire period would calculate and then this value could be considered as an overall prevalence in the meta-analysis. The prevalence of MetS was extracted according to International Diabetes Federation (IDF), World Health Organization (WHO) and National Cholesterol Education Program- Adult Treatment Panel III (ATPIII) criteria. Since most studies had reported MetS by ATP-III criteria, only these studies were included in meta-analysis. To assess the effect of each study on overall prevalence, we performed sensitivity analyses by sequentially removing each study and rerunning the analysis. Statistical analysis was performed using STATA software, V.11.1 (StataCorp LP, College Station, Texas, USA).

Table 1 shows the general characteristics of the selected studies for the prevalence of MetS. According to ATPIII criteria, the highest and lowest prevalence rates of MetS were 39 and 9% in US mariners [31] and French military staffs [49], respectively. The prevalence range of MetS was 3.8–39% according to the different definition criteria.
Table 1

Characteristic of the selected studies on the prevalence of Mets

Characteristic of the included studies on the prevalence of overweight, obesity and abdominal obesity

Characteristic of the included studies on the prevalence of high level lipid profile, high glycemic indices and hypertension

The results of meta-analysis are shown in Table 4. The total sample size of the studies included in meta-analysis was n = 12,153,936. The study population consisted of men and women aged 16–66 years. The eligible studies for estimation of the prevalence of MetS, overweight, obesity, high LDL, high TC and HTN were 10, 19, 22, 29, 6 and 13, respectively.
Table 4

*According to Q test (Chi-square test)

The quality assessment of the included studies was performed by using a critical appraisal tool for use in systematic reviews addressing questions of prevalence. Accordingly, all studies had an acceptable quality score (Table 5).
Table 5

Quality assessment of the included studies

Item 1: Was the sample representative of the target population?

Item 3: Was the sample size adequate?

Item 4: Where the study subjects and setting described in detail?

Item 5: Was the data analysis conducted with sufficient coverage of the identified sample?

Item 6: Were objective, standard criteria used for measurement of the condition?

Item 7: Was the condition measured reliably?

Item 8: Was there appropriate statistical analysis?

Item 9: Are all important confounding factors/subgroups/different identified and accounted for?

Results of meta-regression analysis demonstrated that effect of study characteristics, including the mean age of participant, quality score, type of personnel, and years of publication on reported prevalence was not statistically significant (p > 0.05).

Sensitivity analyses were performed to assess effect of each individual study on pooled prevalence rates. The results showed that no significant changes in in the pooled prevalence was found in the included studies (p > 0.05).

In the present study, the estimated prevalence rates of overweight, obesity and abdominal obesity were 35, 14 and 29%, respectively. Bin Horaib et al. in their study of 5 military regions of Kingdom of Saudi Arabia among 10,500 active military personnel reported that the proportions of overweight, obesity and abdominal obesity were 41, 29 and 42%, respectively [15]. The prevalence rate of overweight was 52% in the U.S. navy [51], whereas it was 66% among Danish seafarers [35]. Using the dissimilar cutoff points and including females in some of the studies may explain differences between the prevalence figures. Because of the nature of their job, military individuals are generally assumed to be healthier. However, our findings showed an alarming trend in the global prevalence rates of overweight and obesity, which might be due to unhealthy diet practice among military personnel [13].

In the present study, the reported prevalence rates of Pre-HTN and HTN were 62 and 26%, respectively. A study conducted on male subjects in Saudi Arabia showed that the prevalence rate of HTN was 33%, indicating a progressive increase in body fat with age [52]. The results of a National survey conducted in the U.S. demonstrated that the estimated age-adjusted prevalence of HTN was 27% in men and 30% in women [53]. The corresponding estimate in general population of Korea was 33%, increased progressively with age from 14% among 14–24-year-olds to 71% among subjects aged 75 years or older [54]. The prevalence rate of HTN in people with regular and intensive physical activity was 13% lower than that in their non-active peers [55]. Our results showed that the prevalence rate of HTN in military personnel was 26% that was lower than that in the general population. This is likely explained by a reverse association between intensive physical activity and HTN.

In the current study, the overall prevalence rates of high FBS and diabetes were 9 and 5%, respectively. The global prevalence rare of diabetes for all age groups has been estimated to be 2.8% in 2000 and 4.4% in 2030 [58]. The results of a study performed in Greece showed that the prevalence rate of diabetes was 10.6% in general population and 3.0% among military staff [48]. This is likely due to higher physical activity levels in the military personnel compared to their peers in the general population. Additionally, nutrition and physical activity of military individuals are strictly controlled for maintaining their healthy body weight which has a positive effect on managing FBS level and preventing Diabetes and other non-communicable diseases and their risk factors.

The limitations of this study are as follows, in most of the included studies, convenience sampling was used to estimate the prevalence which might be decreased generalizibiability of reported prevalence. Moreover, definition of some cardio- metabolic risk factors in the included primary studies was heterogeneous which the pooled prevalence might be limited by the different definitions.

The overall estimated prevalence of some cardio-metabolic risk factors was estimated to be higher in military personnel. Therefore, this study provides strong evidence to the military healthcare providers’ and policy makers for devising and implementing feasible interventions in order to control risk factors in this occupation. Moreover, further studies are needed to identify associated risk factors and reveal best predictors of high-risk subpopulation.

This study was funded by Alborz University of Medical Sciences.

The authors declare that they have no competing interest.