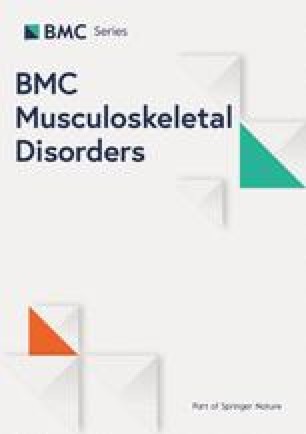 This case report describes the first documented endoscopic resection of the tip of the acetabular screw irritating sciatic nerve after total hip arthroplasty. If endoscopic resection of an offending acetabular screw can be performed in a safe and minimally invasive manner, one can envision a future expansion of the role of hip arthroscopic surgery in several complications management after total hip arthroplasty.

An 80-year-old man complained of severe pain and paresthesias following acetabular component revision surgery via the original posterolateral approach. The patient subsequently complained of right leg pain and paresthesias. The symptoms were exaggerated during initial hip flexion and internal rotation that limited ambulation. Physical findings included right buttock pain with radiating pain to the ipsilateral lower extremity. Radiographs and computed tomography imaging (Figs. 1, 2, 3, and 4) showed an acetabular screw tip protruding into the greater sciatic foramen in an anterior to posterior and distal to proximal direction at the level of the sciatic notch. The screw was 30 mm in length and positioned at posterior-inferior acetabular quadrant. Magnetic resonance imaging demonstrated tenting of the right piriformis muscle tented by the end of screw. Mechanical irritation of the sciatic nerve screw was suspected.
Eight months after the aforementioned surgery, the patient underwent supine hip arthroscopy without distraction on a fracture table (Hana®, Mizuho OSI). The operating table was tilted right side upward to increase accessibility of ipsilateral buttock. An anterolateral viewing portal and poster lateral working portal were developed without incident. For deep gluteal space visualization, a 70-degree high definition long arthroscope with adjustable length cannulas were utilized. The cannula was opened to maintain the fluid flow when utilizing the radiofrequency probe. Fluid pressure was set to 60 mmHg with intermittent pressure increases up 80 mmHg. After endoscopic greater trochanteric bursectomy, the repaired piriformis from previous revision surgery was well visualized (Fig. 5). Endoscopic visualization of the sciatic nerve revealed a hypo vascular appearance, with entrapped by repaired the piriformis muscle and adjacent fibrous tissue. Endoscopic dynamic testing demonstrated sciatic nerve hypomobility with limited excursion during hip flexion and extension in internal and external rotation. The repaired piriformis tendon was tenotomized and more adjacent scar tissue was observed. Endoscopic resection of fibrovascular bands and adhesions between the piriformis muscle and posterior acetabular wall was performed without incident, allowing visualization of the protruding screw tip penetrated through the piriformis muscle (Fig. 6). Endoscopic piriformis muscle dissection and adhesiolysis was performed, improving visualization of the screw tip adjacent to the supero-lateral aspect of the sciatic nerve. No sciatic nerve intra-substance splitting or tearing was observed, supporting the diagnosis of sciatic nerve irritation without direct nerve injury. Via endoscopic and intermittent multiplanar fluoroscopic visualization, further dissection was performed proximally and distally to prevent inadvertent injuries to the sciatic nerve and the superior gluteal neurovascular bundle. Partial osteoplasty of the sciatic notch with a motorized burr performed under endoscopic guidance. Endoscopic resection of the offending screw tip was performed with a 5.5 mm motorized round burr (Fig. 7). The adjustable cannula protected the adjacent superior gluteal vessels from iatrogenic harm. The screw was scored from the superolateral direction to minimize the risk of unexpected injury by the burr after decorticating the sciatic notch. The protruded screw tip was completely resected and subsequently recontoured to a smooth surface. The screw tip was removed enbloc with an arthroscopic grasper (Fig. 8). Generated metallic debris were removed via suction through the burr cannula. All visible metallic debris was removed. Dynamic arthroscopic and fluoroscopic examinations confirmed successful decompression of the acetabular screw with an immediate visible improvement in sciatic nerve vascularity and excursion. Key procedural steps of this arthroscopic procedure are shown as Additional file 1: Endoscopic technique.

After this endoscopic surgery, immediate hip range of motion was begun with a continuous passive motion machine. The pre-operative pain and paresthesias resolved post-operatively after recovering from anesthesia. The patient advanced to household ambulation without upper extremity aids at 1 postoperative week despite recommendations for 2 weeks of ambulation using crutches. By 3 months postoperatively, he had returned to full activities. At 6 months postoperatively, he had a negative active and passive piriformis test and he remained pleased with the outcome. Postoperative imaging included radiographs and computed tomography scans with 3-dimensional reconstruction demonstrating complete resection of the offending portion of the acetabular screw.

Nerve lesions following total hip arthroplasty (THA) are disabling complications occurring in 0.06 to 2.2% of arthroplasties [5, 6]. Hardware-induced sciatic nerve neuropathies are rarely reported [1, 6]. If placed in the posterior superior quadrant, the screws may be directed toward the sciatic nerve [7]. Mechanical irritation should be suspected in cases of any sign of sciatic neuropathy after THA. The treatment of nerve injuries is tailored its causation. In most cases, the cause is unknown and treatment is directed toward managing symptoms rather than reversing the nerve injury [8]. Open sciatic nerve exploration with dissection of nerve bundle and burr-decompression of the screw has been reported [9]. A protruding acetabular screw can tether the sciatic nerve, restricting its excursion. Endoscopic resection of an offending acetabular screw has now been described. Indeed, had this protruded screw not been resectable by endoscopic means, open exploration and screw removal or resection may have been required. Some advantages of deep gluteal space endoscopy as a minimally invasive procedure are demonstrated in this case report. Decreasing morbidity with minimal blood loss while avoiding re-revision surgery with hip dislocation was facilitated. Moreover, early joint mobilization, relatively rapid postoperative rehabilitation, and outstanding cosmesis were realized. Surgical skills gained from experience with endoscopic technique for deep gluteal syndrome exploration and comfort with the 70 degree arthroscope aided the performance of this surgery. Careful management of endoscopic fluid pressure minimized risk of iatrogenic fluid extravasation into the intra-abdominal and/or retroperitoneal spaces.

The decision to remove rather than try to preserve the piriformis muscle was influenced by the surgeon’s experience with deep gluteal space exploration often performed for sciatic nerve decompression.

Relevant suggestions and pearls are summarized in Table 1.
Table 1

A protruding acetabular screw at the sciatic notch was decompressed by use of techniques gained from experience performing endoscopic sciatic nerve decompression. Expandable cannula was used to protect superior gluteal neurovascular bundle proximally and sciatic nerve distally, followed by exposure of screw using an arthroscopic shaver.

Data are contained within the manuscript.

SY wrote the manuscript including the literature review. MP is an experienced hip surgeon with an interest in the sciatic nerve injury, and had made substantial contributions to conception and design. DM had been involved in revising the manuscript critically. YC guided the literature search and anatomic considerations. All authors have read and approved the final manuscript.

Written informed consent was obtained from the patient for publication of this Case report and any accompanying images. A copy of the written consent is available for review by the Editor of this journal.

Endoscopic section of acetabular screw tip to decompress sciatic nerve. Via endoscopic and intermittent multiplanar fluoroscopic visualization, further dissection was performed proximally and distally to prevent inadvertent injuries to the sciatic nerve and the superior gluteal neurovascular bundle. Partial osteoplasty of the sciatic notch with a motorized burr performed under endoscopic guidance. Endoscopic resection of the offending screw tip was performed with a 5.5 mm motorized round burr. (MP4 4460 kb)