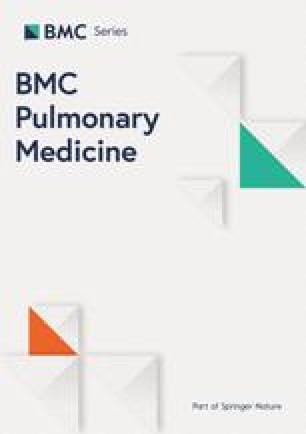 We retrospectively reviewed patients with microbiologically or pathologically confirmed TPE between 2012 to 2018 in a tertiary hospital in South Korea. Patients were categorised into two groups: high ADA (≥40 IU/L) and low ADA (< 40 IU/L). Clinical characteristics and Sequential Organ Failure Assessment (SOFA) scores were compared between groups.

ADA activity can be low in patients with TPE who are elderly, critically ill, and exhibit multiorgan failure. Low ADA activity cannot completely exclude the diagnosis of TPE, and physicians should exercise caution when interpreting pleural fluid exams.

Tuberculous pleural effusion (TPE) is a main cause of pleural effusion [1]. The proportion of TPE among all pleural effusions varies widely in accordance with the burden of tuberculosis worldwide. It is less than 10% in countries with low tuberculosis burden, whereas it is reportedly greater than 40% in countries with high tuberculosis burden [2]. Because of the inherent low sensitivity and delay in timing of the demonstration of Mycobacterium tuberculosis (MTB) in pleural fluid, a presumptive diagnosis of TPE is frequently made in patients who exhibit lymphocyte-dominant exudative pleural effusion with a high level of adenosine deaminase (ADA) activity [3]. The diagnostic sensitivity and specificity of ADA in TPE are reportedly approximately 90% [4, 5]. Because the negative predictive value of ADA is as high as 99.9% even in countries with low tuberculosis burden [5], a low level of ADA activity is frequently considered an exclusion criterion for the diagnosis of TPE in clinical practice. A few cases of low ADA activity have been reported in patients with TPE, but they showed increased activity in a second sample [6].

The burden of tuberculosis remains high in South Korea, and its incidence was estimated to be 70 per 100,000 in 2017 [7]. A low level of ADA activity in TPE is occasionally observed, particularly in countries with high tuberculosis burden. Falsely normal ADA activity has been reported in up to 7% of patients with TPE [8]. One study analysed 182 patients with TPE and reported that 22 demonstrated ADA activity of less than 40 IU/L [9]. An early diagnosis of TPE in the absence of microbiological evidence is made based on laboratory findings and clinical context. Without consideration of the possibility of low ADA activity in TPE, a diagnosis of TPE can be erroneously excluded. Thus, the present study investigated the characteristics of patients with TPE who had low ADA activity.

Pleural fluid analyses and measurements of total ADA and ADA2 isoenzyme activities were performed in every patient. The cut-off value for low ADA was < 40 IU/L, which is the most widely accepted value in the literature [4]. Data were collected from medical records regarding patient characteristics such as age, sex, previous medical history, and smoking status. Total leukocyte count in the pleural fluid was assessed, as were the percentages of polymorphonuclear leukocytes (PMNs) and lymphocytes in total fluid leukocytes. The Sequential Organ Failure Assessment (SOFA) score was calculated on admission to assess organ dysfunction, which ranges from 0 to 4 for each of six organ systems: respiratory, coagulation, liver, cardiovascular, central nervous system, and renal [10]. SOFA score ≥ 1 for each system was considered indicative of the relevant organ dysfunction. The number of organ dysfunctions was considered the number of organ systems involved (i.e., with SOFA score ≥ 1). Clinical data were also reviewed regarding the route of admission (outpatient clinic or emergency department), incidence of intensive care unit (ICU) stay, and 30-day mortality.

We investigated the characteristics of patients with TPE who presented with low ADA activity. Patients in the low ADA group were older than those in the high ADA group. Patients in the low ADA group showed less lymphocyte predominance, and more frequently exhibited a high SOFA score and multiple organ failure. They were more likely to be admitted through the emergency department, stay in the ICU, and exhibit higher 30-day mortality.

Our results showed that patients were older in the low ADA group; notably, there was a negative correlation between age and ADA activity in patients with TPE, which is consistent with the findings of previous studies [9, 12]. The prevalence of hypertension was also higher in the low ADA group, but it is likely confounded by higher mean age in this group and the multivariate regression analysis did not show that hypertension is an independent risk factor. Age-associated immune decline and T-cell immunosenescence are well-recognised [13, 14] and Tay et al. suggested that that a lower ADA cut-off value should be used in elderly patients [12]. TPE commonly occurs as an opportunistic infection in patients with human immunodeficiency virus (HIV) in many countries with high TB and HIV burden, but investigations regarding the optimal diagnostic value for ADA activity in immunocompromised hosts have shown inconsistent results and only included a limited number of patients [15, 16, 17]. Further studies are needed to provide useful recommendations for diagnosis of such patients.

Typical TPE manifestation involves lymphocyte predominance. However, up to 10% of tuberculous effusions are neutrophil-dominant, which is thought to reflect an early or acute process of disease [18, 19]. Although PMN predominance did not significantly differ between groups in this study, the lower lymphocyte predominance in the low ADA group may be indirectly related to an early and acute disease process. Patients in the low ADA group also had a higher SOFA score, higher rate of admission through the emergency department, and higher rates of ICU stay and multiple organ involvement, as well as higher mortality. Based on our data, we suggest that cautions should be taken for the subset of patients with early and acute disease processes, in which laboratory findings may differ from those of typical cases.

Increased capillary permeability in TPE is caused by delayed hypersensitivity response to mycobacterial protein, which is released to the pleural cavity by the rupture of subpleural caseous foci. The immunological reaction involves activation of T lymphocytes which stimulate macrophages to perform anti-mycobacterial functions [20]. ADA is a predominant T-lymphocyte enzyme, which has two molecular isotypes, ADA1 and ADA2. The ADA2 isoenzyme is primarily response for the increased total ADA activity in patients with TPE [2]. The initial low value of ADA in patients with TPE is generally thought to increase when a second sample is taken, as previously observed [6, 11]. However, a second measurement of ADA activity was performed in 10 of 32 patients with TPE who had low ADA in this study; only 3 of those patients showed increased ADA activity (i.e., ≥40 IU/L). Falsely negating the possibility of TPE in critically ill patients who have low ADA activity can result in delayed diagnosis and potentially avoidable death.

The diagnostic value of the ADA2 isoenzyme has largely been investigated in prior studies and is slightly superior to that of total ADA with respect to the diagnosis of TPE [21]. However, determining ADA2 is not routinely recommended because of its low additional yield, limited availability, and poor cost-effectiveness [2, 22]. In this study, patients in the low ADA group had a high proportion of ADA2 activity, similar to that of patients in the high ADA group, which implies a similar effect of tuberculosis-related immune reactions. Although this does not confirm a specific diagnostic value with respect to the ADA2 isoenzyme, it suggests that a high index of suspicion for TPE should be maintained in patients who have otherwise unexplainable pleural effusion with low total ADA activity, if they exhibit a high proportion of ADA2 activity. If other evidence supports a diagnosis of TPE, especially in cases of critically ill patients, a trial course of tuberculosis medication might be considered based on the clinical context.

This study had some limitations. Most importantly, it was a retrospective study and some clinical data (e.g., cardiac function, presence of comorbid bacterial pneumonia, and course of renal insufficiency) could not be obtained, due to a lack of medical records or the absence of a standardised evaluation protocol. Therefore, this study only provides data regarding the clinical characteristics of patients with TPE who had low ADA, and further studies are needed to determine the pathophysiology and clinical courses of these patients. Furthermore, investigations regarding the diagnostic value of ADA2 isoenzyme activity may aid in early diagnosis of TPE in unique situations where total ADA activity measurements provide false negative findings.

ADA activity can be low in patients with TPE who are elderly, critically ill, and exhibit multiorgan failure. Physicians should be aware of the characteristics of these patients and exercise caution when interpreting pleural fluid exams. Low ADA activity cannot completely exclude the diagnosis of TPE.

The authors received no specific funding for this study.

Ethics approval was granted by the Institutional Review Board for Human Research of Yonsei University Wonju Severance Christian Hospital (CR319097). For this type of retrospective study, formal written consent was not required. The research process was in accordance with the tenets of the 1964 Declaration of Helsinki and subsequent amendments.