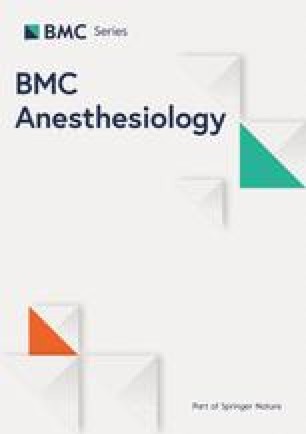 Ketamine is a commonly used clinical anesthetic and a popular recreational drug. However, with the exception of studies about the nervous system, studies about the effect of early ketamine exposure on embryos are rare. Xenopus laevis is a commonly used vertebrate model for assessing teratogenicity. Therefore, we treated Xenopus embryos with ketamine to evaluate its teratogenicity on embryos.

Ketamine, a non-competitive inhibitor of N-methyl-D-aspartate (NMDA) receptors, is widely used for sedation, analgesia, and the induction and maintenance of anesthesia in humans, particularly in pediatric patients [1, 2]. Moreover, as a hallucinogenic agent, ketamine is increasingly used for non-medical purposes and is one of the most popular “club drugs” [3]. Epidemiological data indicate that 30 % of ketamine abusers are female [4] and are often less than 27 years of age [5], which is childbearing age. Therefore, it is of great significance to study the effect of ketamine exposure during pregnancy on embryonic development. However, clinical data regarding its effect on fetuses are rare. Previous studies using animal models to investigate the effects of ketamine on embryogenesis have focused primarily on neurological issues during either the late embryonic period or the neonatal period [6, 7, 8, 9]. Herein, we examined the impact of ketamine exposure during early embryonic development.

Xenopus is a commonly used vertebrate model for studying embryonic development mechanisms and drug teratogenicity [10]. It produces massive eggs, and the transparency of tadpoles facilitates the detection of internal organization defects. More importantly, Xenopus is similar to humans in terms of organ development, physiology and gene expression [11]. Therefore, we used Xenopus to investigate the teratogenic effects of early ketamine exposure on embryos in this study.

Studies with Xenopus laevis were approved by the local ethics committee (Chongqing Medical University, Chongqing, China). X. laevis were maintained in a recirculating system at 21 ± 1 °C with a 12-h light–dark cycle. Fertilization was stimulated by the administration of human chorionic gonadotropin (HCG).

Fertilized oocytes were washed in 2 % L-Cysteine (pH 8.0) to remove the jelly coat. Xenopus laevis embryos were collected and staged according to Nieuwkoop and Faber [12].

Experiments were conducted in 0.3× Modified Barth’s Saline (MBS, 88 mM NaCl, 1 mM KCl, 0.7 mM CaCl2, 1 mM MgSO4, 2.5 mM NaHCO3, and 5 mM HEPES, pH 7.8). Working solutions of ketamine (Sigma, St Louis, MO, USA; cat.no.K2753) were dissolved in 0.3 × MBS, and the treatment was administered at various concentrations from stage 8 (before the gastrula stage) to stage 21 (complete neural tube closure). After treatment, the embryos were transferred to 0.3× MBS and cultured in six-well plates at 21 °C; each well contained 10 embryos in 5 ml of 0.3× MBS. The solution and drug were changed every 24 h. Each treatment group was tested 3 separate times.

After inducing anesthesia with tricaine mesylate for 1 min, the embryos at stage 46 were immediately recorded using a stereo fluorescence microscope Stereo Lumar V12 (Zeiss, Germany) and photographed in diastole upon reaching the end diastolic volume using an SMZ 1500 (Nikon, Japan) at 10× magnification for the whole embryos and at 60× magnification for the heart region. Embryo body lengths were measured three times using Image J software (ver 1.47, Bethesda, MD), and the averages were analyzed.

After inducing anesthesia for 1 min, the embryos at stage 46 were randomly selected for heart rate counts. Ventricular beats were counted for 1 min. At least three measurements were obtained, and the average was used for statistical analysis.

Digoxigenin (DIG)-labeled antisense RNA probes for XNkx2.5, XTnIc and XMLC2 were constructed based on previous research [15], and WMISH was performed as previously described [16]. Embryos were imaged using a Nikon SMZ 1500 stereomicroscope at 60× magnification for the heart region.

The primers for gata4 and gata6b were used as described [15].

The PCR cycling conditions were as follows: 1 cycle at 95 °C for 3 min, 39 cycles at 95 °C for 10 s and 60 °C for 30 s. GAPDH mRNA was used as an endogenous control. The relative quantification was calculated using the 2-△△ct method.

All experiments were repeated at least 3 times.

Xenopus embryos were exposed to ketamine from stage 8 to stage 21. When the embryos developed to stage 46, we counted embryonic mortality within each ketamine-treated group. The result demonstrated that as the exposure concentration increased, the mortality rate also increased (Fig. 1a). Ketamine concentrations of 0.125, 0.5 and 2 mg/ml were chosen to observe the embryonic phenotype. It demonstrated that with increasing ketamine concentrations, body lengths gradually shortened (P < 0.05), hearts enlarged, and curved body axis was found at high concentrations (Fig. 1b-c).
The numbers of deaths and malformations in the three ketamine-treated groups were analyzed (Table 1). It demonstrated that after exposure to 0.5 mg/ml ketamine, the embryonic malformation rate was significantly increased compared with the specimens exposed to 0.125 mg/ml (P < 0.05), whereas the death rate was significantly decreased compared with the specimens exposed to 2 mg/ml (P < 0.05). Moreover, a ketamine concentration of 0.5 mg/ml did not affect the embryonic death rate (P > 0.05). Thus, we chose this concentration for subsequent experiments.
Table 1

After exposure to 0.5 mg/ml ketamine, no significant differences in mortality were found between the control and ketamine-treated embryos at stage 46 (Table 2). However, it caused heart defects (82.12 %), gut defects (4.64 %), a curved axis (19.87 %) and a shortened body length (8.86 ± 0.86 mm). Therefore, heart defects were the most commonly observed phenotype in the ketamine-treated embryos compared with the controls (82.12 versus 1.84 %), and heart enlargement (76.82 %) was the primary malformation (Table 2). The heart size of the ketamine-treated embryos was increased compared with the control embryos as determined via living embryo imaging, WMISH for the heart and myocardium, and the dissection of the heart tissues at four stages (stage 28, 32/33, 35/36 and 46) from heart tube formation to heart maturity (Fig. 2).
Table 2

Note that one embryo can have various malformations. All malformations were individually counted and analyzed. The body length values are expressed as the means ± SD. *P < 0.05

Because of the remarkable heart defects, we subsequently investigated the specific effect of ketamine on heart during embryonic development.

To investigate the effect of ketamine exposure on cardiac function, we determined the embryonic heart rate and recorded cardiac impulse to calculate the VSF via stereo microscopy at stage 46 (see Additional files 1 and 2). The results demonstrated that the heart rates in the control and ketamine-treated groups were 169.96 ± 5.25 bpm and 130.82 ± 4.87 bpm, respectively (Fig. 4a), and the VSFs in the two groups were (12.72 ± 3.25)% and (4.56 ± 1.33)%, respectively (Fig. 4b). Thus, both the heart rate and VSF in the ketamine-treated group were significantly decreased compared with the control group, indicating that ketamine exposure affects embryonic heart function.

We studied cardiac morphology, cardiac function and the expression of genes associated with heart development after ketamine exposure primarily at stage 46. Because at this stage, the Xenopus embryonic heart has matured [17]. Furthermore, there are three key stages for heart development: stage 28, heart tube formation; stage 32/33, contractile myocardial tube formation and looping initiation; and stage 35/36, obvious heart looping [18, 19]. Therefore, we chose these three stages to investigate the effect of ketamine exposure on early embryonic cardiomyogenesis.

Thus far, reports on the effects of early embryonic exposure to ketamine on organs or systems other than the nervous system are rare. An in vivo research demonstrated that ketamine exposure during the early development of zebrafish embryos caused concentration-dependent increases in anomalies and mortality; the most prominent deformities were enlarged organs and tail/spine anomalies [20], which is consistent with the results of our study. Additionally, we found that the shortening of embryonic body length is also in concentration-dependent manners.

At a dose of 0.5 mg/ml, the ketamine-treated embryos exhibited several malformations. However, the most prominent phenotype was an enlarged heart. Moreover, the cardiac cells underwent significantly increased proliferation. Our results also showed that at each detected stage of heart development, from heart tube formation to heart maturity, XMLC2 mRNA and protein expression levels were significantly down-regulated after ketamine exposure. It has been reported that MLC2, myosin regulatory light chain 2, is essential for normal myocardium development [21]. A defect of MLC2 gene results in myocardial malformations [21], and missense mutations of MLC2 in humans lead to hypertrophic cardiomyopathy [22, 23], resulting in heart enlargement and decreased cardiac contractility. In addition, deletion of MLC2 in mice results in cardiac enlargement [24]. Therefore, the cardiac enlargement phenotype caused by ketamine may result from the down-regulation of XMLC2 mRNA and protein levels.

Ketamine has been reported to reduce heart rates in pregnant and infant monkeys [26], as well as newborn human infants [27]. During zebrafish embryogenesis, ketamine exposure at both 26 and 52 h post-fertilization results in a reduced heart rate [28], which is consistent with our results. Therefore, the results of heart rate and ventricular shortening fraction demonstrate that ketamine causes embryonic cardiac dysfunction.

Ketamine exposure from stage 8 to stage 21 results in concentration-dependent increases in anomalies and mortality. After 0.5 mg/ml ketamine exposure, the most prominent malformation is heart enlargement. Besides, the decrease of heart rate and VSF indicates heart dysfunction. The enlarged heart and decreased VSF may result from the down-regulation of XMLC2 mRNA and protein levels. These findings provide insight into the potential fetal defects and mechanism of ketamine exposure. However, additional studies are required to evaluate the potential risk during very early pregnancy in mammals.

This project was supported by the National Natural Science Foundation of China (NSFC) Grant 81200440. The funders had no role in study design, data collection and analysis, decision to publish, or preparation of the manuscript.

Movie of ketamine-treated embryo. Note that the heart size is bigger and heart rate is slower than control embryo. The amplitude of heart beat is decreased. 60× magnification. (MOV 5408 kb)