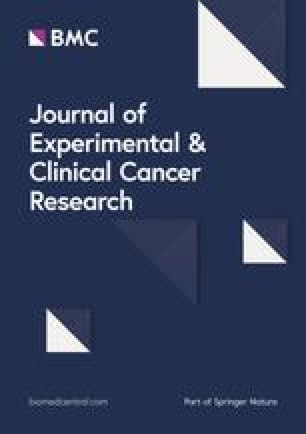 We studied the mitotic activity of the multinucleated cells by Ki-67 immunohistochemistry, and the dynamics and differentiation by live-cell video microscopy in the two myxofibrosarcoma cell lines to determine whether the mechanism of multinucleation is cell-cell fusion or acytokinetic cell division

The current study indicates that a vulnerability of the cytoskeleton components, such as the contractile ring, causes multinucleation to occur from the telophase to the cytokinesis of the cell cycle.

Proliferate Cell Nuclear Antigen Multinucleated Giant Cell Multinucleated Cell Parental Tumor Cleavage Furrow
These keywords were added by machine and not by the authors. This process is experimental and the keywords may be updated as the learning algorithm improves.

A multinucleated cell is a unique form which is frequently observed in the normal tissue. Skeletal muscle is composed of bundles of multinucleate muscle fibers [1]. Osteoclasts induce multinucleation by the cell fusion of mononuclear cells to cover a large area for bone resorption [2]. Macrophages may fuse to form multinuclear giant cells when adequately stimulated [3]. Many hepatocytes are binucleate, and the nuclei are frequently polyploidy [4].

On the other hand, multinucleated cells are frequently seen in malignant neoplasms. Giant cells may be formed and possess either one enormous nucleus or several nuclei [5]. In Hodgkin's disease, Reed-Sternberg cells have an intricate double or bi-lobed nucleus [6].

The mechanism of neoplastic multinucleation remains unknown, but is considered to be induced by cell-cell fusion or acytokinetic cell division.

The human myxofibrosarcoma cell lines, NMFH-1 and NMFH-2, were used for these experiments. NMFH-1 was described previously [9]. NMFH-2 has been newly established in our institute. The cell line originates from the soft tissue tumor of the left upper arm of a 79-year-old male. Histologically, the tumor was comprised of spindle shaped cells and multinucleated giant cells partially forming storiform pattern. These cell lines were maintained in a culture medium (RPMI 1640) supplemented with 10% FBS, 0.6% Kanamycin Sulfate (GIBCO, Grand Island, NY), and 1% Antibiotic-Antimycotic (GIBCO, Grand Island, NY). The parental tumours of these two cell lines were fixed with formalin and embedded with paraffin. The paraffin embedded-specimens were cut into 4 μm thick sections and then were evaluated immunohistochemically.

NMFH-1 cells (5 × 106) derived from 100-time passages and NMFH-2 cells (5 × 106) derived from 30-time passages were injected subcutaneously into the backs of 7-week-old female athymic SCID mice (CB-17/Icr scid; Jcl CLEA Japan, Inc., Osaka, Japan). The transplanted tumors were successfully formed and these xenografted tumors were fixed with formalin and embedded with paraffin. Paraffin embedded-specimens were then cut into 4 μm thick sections and analyzed immunohistochemically.

Ki-67, bromodeoxy-uridine (BrdU) and proliferating cell nuclear antigen (PCNA) were useful for proliferative markers. BrdU was diffucult to inject into the parental tumors. PCNA showed non-specific reactions in the cytoplasms of the cultured cells in our pilot study. We therefore examined Ki-67 immunohistochemistry for the proliferation of both mononuclear and multinucleated cells. Briefly, both types of cultured cells were incubated on Lab-Tek chamber slides (Nalge Nunc International, Rochester, NY, USA), fixed with 100% methanol for 10 min. The sections of parental tumors and xenografts were deparaffinized in xylene, and then were rehydrated gradually, and heated at 100°C for 20 min with 10 mM citrate buffer (pH6.0) for antigen retrieval. Next, the specimens were treated with 0.3% hydrogen peroxide in methanol for 20 min to inhibit endogenous peroxidase, and incubated with phosphate-buffered saline containing 10% goat serum (Dako, Denmark) for 30 min to reduce nonspecific reactions. The specimens were then incubated with the monoclonal mouse antibody (MIB-1, Dako, Denmark) diluted 1:100 for 60 min, and reacted for 60 min with peroxidase-labeled anti-rabbit or anti-mouse antibody (Histofine Simple Stain MAX PO (MULTI); Nichirei Corporation, Tokyo, Japan) for 60 min. All these procedures were performed at room temperature. The peroxidase activity was detected with 3'-diaminobenzidine tetrahydrochloride (Nichirei, Tokyo, Japan). The specimens were counterstained with hematoxylin.

Time-lapse video microscopy was used in this experiment. This system has an incubator with a built-in microscope to observe and record the real-time motion of the live cells in the incubator. Both cell types were separately incubated on the non-coated culture dishes, and placed in the incubation imaging system (LCV100, Olympus, Tokyo, Japan) [10, 11]. The cultured cells were maintained in 5% CO2 plus 95% air at 37°C in the incubator, and then were observed and photographed at intervals of 15 min for 72 hours. The recorded pictures were converted to the animation. All cells which came in sight at the start of observation were traced, and the morphological alteration of each cell was examined.

Histologic findings of the cultured cells, parental tumors and xenografts

Dynamics and differentiation of the live cells

Regarding normal cell division, which arose in a large number of the traced cells, the constriction proceeded and the cytoplasm of the parent cell was divided and then the daughter cytoplasm did not fuse from the anaphase to cytokinesis (Figure 4; Additional file 1).
As for the dynamics of multinucleation, the mononuclear cell moved about extensively, and extended some protrusions. The mononuclear cells were not so much spindle shaped as amoebiform and were round in shape with some protrusions. At the onset of M phase, the nuclear body and the nuclear membrane were disaggregated and could not be seen (prophase), and then the chromosomes were aggregated and could be seen in the equator of the cell (metaphase). The protrusions receded and the cytoplasm changed spherically, and almost floated. The daughter chromosomes separated (anaphase) and, simultaneously, the cytoplasm developed an elongated shape, the cleavage furrow started to appear, the nuclear membranes emerged, and the cytoplasm started to constrict in the middle (telophase). However, the constriction stopped and reversed in the middle of cytokinesis, and the cytoplasm did not divide. As a result, the cell, which included two nuclei, contained one area of cytoplasm (Figure 5; Additional file 2). Similar states were found in the hematoxylin and eosin staining, although each image is presented as a distinct cell (Figure 6). Multinucleation was also observed in a different process between telophase and cytokinesis, such as before the appearance of the cleavage furrow or at the end of the constriction.

As for the neoplastic multinucleated cells, Reed-Sternberg cells are well known and extensively reported in the past literature. In a recent study, it is suggested that multinucleation involves acytokinetic cell division rather than cell-cell fusion [14, 15, 16]. However, there is no direct evidence for the processes of acytokinesis and multinucleation in other neoplasms.

Ki-67 is a 395-kDa nuclear antigen, and the expression is confined to late G1, S, M, and G2 growth phases [17]. A simple and rapid determination of the growth fraction of a given human cell subset has become possible with the help of Ki-67 [18]. The expression of Ki-67 indicates DNA synthesis and nuclear division [14]. In our study, a Ki-67 immunohistochemical analysis revealed a high positive rate and a mitotic ability of the multinucleated cells, thus suggesting the occurrence of acytokinetic multinucleation. But these findings can not rule out the presence of a cell-cell fusion mechanism.

The time-lapse live-cell imaging enabled us to search the dynamic state or mitotic form of the actual cells using a non-invasive approach. There are no reports on multinucleation of myxofibrosarcoma being observed by the use of dynamic images. In this in vitro study, we successfully visualized imperfect cell division which led to multinucleation. Furthermore, Ki-67 was positive for multinucleated cells of the parental tumors and xenografts. These results may reflect the multinucleation of the in vivo myxofibrosarxoma tissue. Multinucleation almost arose during the process beginning with the appearance of the cleavage furrow to the end of the constriction. A contractile ring, which is mainly composed of actin and myosin II, plays an important role in this process. The diameter of the contractile ring decreases, so that the cell is pinched into two parts by a deepening cleavage furrow, from telophase to cytokinesis [19].

In addition, the cytoplasm of the multinucleated cell seemed to be irregular and feeble. These findings suggest an aberrance of the cytoskeleton structure.

In this study, we investigated only the myxofibrosarcoma cells. Therefore, the mechanism of multinucleation in other types of malignant cells remains unclear. In future studies, other malignant cell types must be examined by time-lapse microscopy.

All the authors contributed as mentioned. TA and AO conceived of the study and wrote the manuscript. HK, TH and NE participated in the design of the study and helped write the paper. HU gave pathological suggestion to this work.

This article is published under license to BioMed Central Ltd. This is an Open Access article distributed under the terms of the Creative Commons Attribution License (http://creativecommons.org/licenses/by/2.0), which permits unrestricted use, distribution, and reproduction in any medium, provided the original work is properly cited.