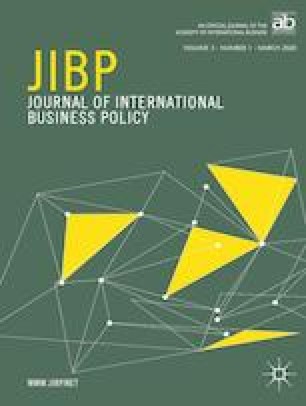 One of the most exciting events for contemporary social scientists has been the integration and rise of China as a leading industrial power. The closest historical precedent for this (ironically) was the inexorable rise of America as an industrial power in the inter-war period. Not only has this rise been unexpected from a country that had been insular for so long, but the rapidity and manner of China’s rise has evoked admiration and fear in equal measure. Although its rise seems to embody the benefits of openness endorsed by the Washington Consensus, it also encourages developing countries to adopt policies and institutions that are suited to their needs rather than blindly follow what was successful in the western world. The manner of its rise has also dispelled the notion that the ladder has been kicked away for developing countries wanting to scale the economic ladder of development.

Debates on China’s adherence to global intellectual property (IP) norms have intensified as China continues her path of rapid technological catch-up. Chinese hunger for technology is undeniable – IMF data show that China in 2018 paid US$35,782,960,000 for the use of intellectual property – up from US$543,000,000 in 1997. Yet fuelled by stories about industrial espionage and forced technology transfers, technology owners worry about the extent of protection their innovations receive in China. According to some reports, Chinese IP theft has cost the United States US$225 billion to US$600 billion a year (Huang & Smith, 2019) and IP reform is certainly a sticking point in the US–China trade talks.

As a journal positioned at the intersection between international business and public policy, JIBP’s mission is to publish articles that identify novel policy issues and dilemmas, propose new policy directions, and measure the effectiveness and impact of policies for business and the wider economy. In this Policy Debate section, we present two commentaries reflecting divergent views on China’s intellectual property rights system.

Shaomin Li and Ilan Alon argue that the only way to increase IP protection is through promotion of the “rule of law” (by which they really mean accountability, transparency and democracy), but since adherence to the rule of law in this sense is problematic in the Chinese political system, we should not expect changes to IP practices in China. In other words, China won’t reform IP practices because it cannot do so without undermining the entire regime. Minyuan Zhao counters that IP protection will always be the result of a delicate and dynamic balance between state interests, the interests of IP owners and local firms. Thus, she argues, it is far from certain what the Chinese government wants to do, and what it can do, but she points to the progress already made. Her arguments are consistent with the findings from Dimitrov (2009), a political scientist, who demonstrates that the Chinese state can be simultaneously weak and strong in its capacity to enforce its IPR laws – showing poor quality decisions but high volume of prosecution in the case of copyright and trademark violations and high quality decisions but low volume of prosecution in the case of patent laws.

The two articles prompt IB scholars to think further about the specificities of China’s experience of IP policy reform and how it can inform other emerging economies. Put differently, do the IP violations in China really reflect a unique political configuration, or can these IP violations be understood in more general terms that are common to a lot of emerging markets? For instance, Papageorgiadis & McDonald (2019) show that de jure IP protection departs significantly from the de facto IP protection for several countries. China shares this dubious status with many other emerging economies including Argentina and Turkey. India, Russia and Brazil are not very far behind, though in their case, the reform in patent law has actually lagged behind China.

More broadly, this debate on Chinese IPR reform highlights the need for IB scholars to reflect upon the externally imposed (coercive) changes in institutions and distinguish them from endogenously evolving institutions in studying the impacts on MNE behaviour. Traditional IB research has mostly treated institutions as exogenous where firms adapt to institutions, with the IP environment often being relegated to a locational characteristic. There is now growing recognition that institutions are not always exogenous and instead co-evolve with firms: as the behaviour of firms starts changing, institutions start adapting as well (Cantwell et al., 2010; Peng et al., 2017). The article by Li & Alon considers IP institutions to be quite impervious to the changing interests and strategies of firms, and sees changes in the system to be driven primarily by political factors. By contrast, Zhao’s paper focuses on mechanisms for co-evolution of IP norms in China and the interests of local and foreign firms, thus elaborating on the considerable space for non-market strategies on the part of both types of firms. Scholars in IB and political economy can look forward to a lively research agenda around this issue and at JIBP we look forward to receiving more papers exploring this agenda.