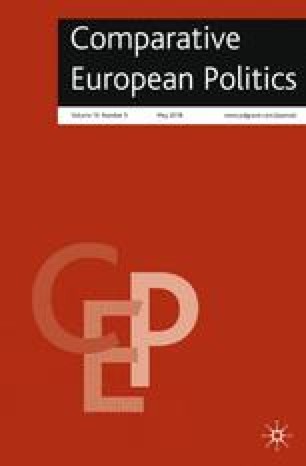 Honesty above all else? Expectations and perceptions of political conduct in three established democracies

Many citizens across the liberal democratic world are highly critical of their elected representatives’ conduct. Drawing on original survey data from Britain, France and Germany, this paper offers a unique insight into prevailing attitudes across Europe’s three largest democracies. It finds remarkable consistencies in the ethical priorities of British, French and German citizens: although there is some individual-level variation, respondents in all three countries overwhelmingly prioritise having honest representatives. It also finds differences in the types of behaviour that cause most concern in each country. The paper then examines how individuals’ preferences shape their concerns about prevailing standards. The findings are consistent with the idea that citizens’ predispositions have an ‘anchoring’ effect on perceptions of political integrity. Finally, the paper considers whether established democracies are susceptible to an ‘expectations gap’ between citizens’ expectations of conduct and what ‘normal’ politics can realistically deliver.

The authors gratefully acknowledge financial support from the ESRC (Grant Number RES-000-22-3459) and British Academy (Grant Numbers SG-101785 and SG-52322). They would also like to thank two anonymous reviewers for their helpful comments and suggestions.

BCCAP was a multi-wave panel study carried out over the internet with participants drawn from the adult British population in collaboration with YouGov. A baseline survey was fielded in December of 2008, with subsequent panel waves taking place at 6-month intervals. Most of the data in this paper come from the third wave, fielded in September 2009, although the personal ethics questions were asked of respondents in the April 2009 wave. The number of respondents who took part in both waves was 809.

DECCAP was also a multi-wave panel study carried out over the internet with participants drawn from the adult German population in collaboration with YouGovPsychonomics. A baseline survey was fielded in June of 2009. Three subsequent waves took place, with the questions in this paper being fielded in the third wave in September 2009 before the Federal election. The respondents numbered 2341 in total. All the survey items were translated by native speakers and checked, via back-translation, by the researchers.

FRCCAP was a single survey administered online in January 2013. Respondents were recruited by Survey Sampling International (SSI) using a sample frame based on quotas for gender, age, education and region of residence. SSI rewards respondents in points, based on how long the survey takes, which they can then convert to vouchers of their choice. Respondents selected for the survey received non-specific email invites and were then redirected to a webpage administered by the Nuffield Centre for Experimental Social Sciences. The achieved sample was 1073. All the survey items were translated by native speakers and checked, via back-translation, by the researchers.

NB The variable names are in bold. All questions are provide in English.

Honesty over delivery This variable was constructed by reversing responses, still using a 0–10 scale, to the following question:

10 = most willing to compromise on honesty

0 = not at all willing to compromise on honesty.

Accepting bribes, abusing expenses, empty promises and straight answers These variables were based on responses to the following questions:

How much of a problem is the following behaviour by elected politicians in [Britain/France/Germany] today? Please use the 0–10 scale, where 0 mean it is not a problem at all and 10 means it is a very big problem.… [Not giving straight answers to questions] [Accepting bribes] [Misusing official expenses and allowances] [Making promises they know they can’t keep].

Party identification The BCCAP, FRCCAP and DECCAP fielded a standard question about partisanship, e.g. ‘Generally speaking do you think of yourself as Labour, Conservative, Liberal Democrat or what?’ Responses to these questions were used to create simple dummy variables, where 0 = no and 1 = yes, for the following objects of identification:

No party identification: none.