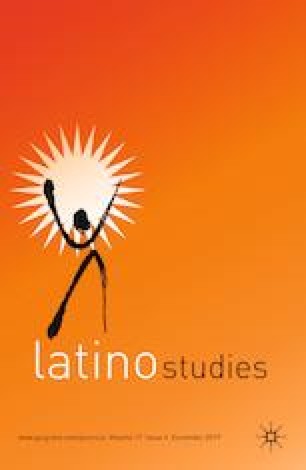 Whether based on truths or falsehoods, myths are influential as they help us make sense of the world, have an enduring presence, evoke strong feelings, and inspire behavior and actions. Mythmaking is a useful practice for bolstering all types of projects, spanning the spectrum from those with emancipatory goals to those that are nefarious and obfuscating. The articles we bring you in this issue all take up, to a certain extent, aspects of the power of mythmaking in politics and culture.

Our lead article considers mythmaking in the service of innocence. Elizabeth Ramirez, Kristie Mayhugh, Cassandra Rivera, and Anna Vasquez are four young Chicana lesbians wrongly convicted of sexual abuse in San Antonio, Texas, in 1994. They spent over a decade in prison before their convictions were overturned in 2016. Laura Ramos Grappo asserts that the documentary Southwest of Salem: The Story of the San Antonio Four helped secure the women’s freedom by making the case for their innocence while concurrently underplaying their queer sexually. Ramos Grappo argues that the film, while revealing the homophobia and anti-Latino sentiment that conditioned their imprisonment, unwittingly builds the case for their innocence on the projection of a homo-normative ideal.

The next three articles engage mythmaking in the context of Puerto Rico. The first two deal with the manipulation of race for political purposes in Puerto Rico. Mónica A. Jiménez unpacks mythmaking strategies implemented by the United States to justify its takedown of the nationalist movement in Puerto Rico during the 1930s. Jiménez maintains that, operating in the context of a state of exception, the US created and reinforced the myth of Pedro Albizu Campos as an angry black man prone to violence to justify the colonial power’s own extreme policies against him and the nationalist movement in Puerto Rico.

Milagros Denis-Rosario deconstructs the much-touted myth of Puerto Rico as a racially harmonious society. She examines strategies of nation-building during the mid-nineteen hundreds when intellectuals and elites representing cultural institutions such as the University of Puerto Rico, the Instituto de Cultura Puertorriqueña, and the División de Educación para la Comunidad propagated the myth of la gran familia puertorriqueña at the same time that cases of racial discrimination against black Puerto Ricans were all too common. She establishes how cases of middle-class black Puerto Ricans denied entry into various social establishments made their way to the courts and were adjudicated erratically, demonstrating the difficulty of proving racial discrimination in Puerto Rico.

John “Rio” Riofrio considers myths of neoliberalism and social reform as policies that will save us. He makes the case that Giannina Braschi upends these perverse myths that serve to uphold and strengthen the status quo in her 2011 novel, The United States of Banana, using avant-garde literary techniques, dense prose, and humor. Although the topic of the novel is usually understood as being primarily about 9/11, Riofrio argues that it is this but much more. In this challenging novel, Braschi unpacks both the terror of 9/11 and the dread consuming poor and middle-class Americans, given their precarity in the age of globalization, neoliberalism, and the always looming threat of financial ruin.

Our final article takes up the myth of education as an equalizer that affords professional opportunities on both sides of the US-Mexico border. Through an analysis of migration stories shared by two groups of Mexican transnational language educators working in Mexico and the United States, Alberto Mora Vázquez, Nelly Paulina Trejo Guzmán, and Robert Crosnoe explore the realities of the circular nature of the US-Mexico migration dynamics for language professionals. They explore teachers’ professional and national identities as they unfold in the two contexts. The inequalities experienced in the two countries condition their sense of themselves and their national identities. Ultimately, depending on their location, a career in the language-education field affords very different possibilities among these professionals.

Alejandro E. Carrión’s reflexiones pedagógicas contribution follows with the inspiring story of his participation in the founding of the Borders and Identities Collaborative. This laudable participatory action research (PAR) collaborative at Northwestern University in Chicago brings together undergraduate students of color, students from alternative high schools, and engaged faculty of color to work together on projects that enhance the living and learning experiences of all involved. It offers a model worthy of being replicated in other contexts.

Stephanie M. Huezo shares a poignant reflection on the twelve-week bus caravan across seventy cities undertaken by the National TPS Alliance in 2018 to protest the termination of TPS and demand permanent residency. More than fifty TPS holders from El Salvador, Honduras, and Haiti undertook this arduous trip across the county to educate, build visibility, and create solidarity. The TPS community continues to fight in this precarious climate for all immigrants.

Finally, this issue also brings you two spirited interviews. Paula Cucurella dialogues with Daniel Chacon about the short story, “Fuck Shakespeare,” engaging the fascinating history of Chicano political activism at Fresno State University during the 1980s, and Sarah Quesada shares Achy Obejas’s reflections on her celebrated collection of short stories, The Tower of the Antilles, as well as her other literary works.