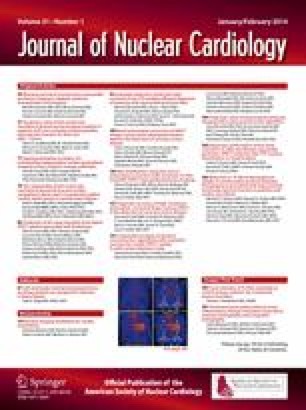 Short and lifetime cardiovascular risk estimates: Same wine, different bottles. Do we have the COURAGE to abandon risk scores?

Cardiovascular disease (CVD) is the leading cause of mortality worldwide with coronary heart disease disease (CHD) accounting for nearly half of all CVD deaths.1 Because half of first major coronary events occur in asymptomatic individuals, clinicians who want to implement appropriate primary prevention therapy must be able to accurately identify “at risk” individuals. Currently major CVD risk stratification based strategies such as the Framingham risk score (FRS) as well and the recent 2013 ACC/AHA CVD risk score form the cornerstone of CVD risk assessment and guide the intensity of preventive strategies based on estimates of 10-year risk.1,2 However, extensive literature has clearly documented the uncertainty of these short-term predictive models and the predilection to miss a large portion of those truly at risk, especially younger individuals and women.3-6

To overcome the limitations of the short-term risk, a new concept that is gaining popularity is to focus on lifetime risk estimates that potentially can allow identification of younger individuals with low short-term but high lifetime risks, who may be may benefit from intensive lifestyle modification as well likely to more accurately reassure those at low lifetime risk of their CHD risk.7,8

The following aspects of the study deserve further comment.

What is the added impact of lifetime risk assessment among those at low short-term (10 year) risk? If the presence of atherosclerosis is considered a surrogate for risk, using the study findings11 demonstrated in Figure 1, 37/100 individuals at low life time risk will have early atherosclerotic disease at will be have increased otherwise unidentified risk. Of these 20 (54%) were considered high LTR. However, nearly equal number (n = 17, 46%) was observed among the group considered at low LTR. Is this difference clinically meaningful? Furthermore, the overall accuracy (true positives and true negatives) for the presence/absence of any coronary atherosclerosis with additional stratification with lifetime risk assessment is estimated to be 55%, which one may equate to a coin toss (Table 1).
Table 1

This leads us to ponder the following question—if the goal is to accurately identify atherosclerotic risk for deciding further management strategies regarding whom to treat and not treat, should we even bother with LTR assessment? Why doesn’t the LTR approach perform better? We believe that these models offer no advance because they fail to integrate previous time-dependent risk exposure. Rather, like the FRS and the new 2013 AHA-ACC CVD risk calculator, they continue to emphasize one-time measurement of traditional risk factors and typically among middle-age individuals. They thus suffer from the same inherit limitations of other risk estimates based solely on office-based assessment risk factors and addition of biomarkers such as high sensitivity C-reactive protein.10

Can we reassure individuals with low lifetime risk that they are free of atherosclerotic disease? In our humble view, we cannot. Hulten et al brings to our attention the fact that in the absence of risk factors, and thus “low life time risk” status, the risk of presence of early atherosclerotic disease is not insignificant and can falsely reassure nearly one-third individuals. Of note, approximately 15% of these young individuals with low lifetime risk had at least moderate degree of coronary atherosclerosis (as denoted by CAC >100), which has been widely accepted to be associated with a very high short-term risk of cardiac events and mortality.

What is the prognostic value of coronary atherosclerosis detected in one third of those at low lifetime risk? This is a key question. The critics can rightly argue that the goal of these LTR assessment strategies is to delineate risk, and value of the presence of atherosclerotic disease noted in one-third of those with low LTR may have little impact on future cardiac events. Unfortunately, as acknowledged by the authors, due to the shorter duration of 2 years and low events within this young, asymptomatic population, this key question remained unanswered in the current study.

However there is data available that can guide us on this specific issue. Nasir et al.11 studied a cohort of 44,052 asymptomatic self-referred individuals referred for CAC testing and subsequently followed for all-cause mortality over a mean follow up of 5.6 ± 2 years. Individuals with 0 risk factors (i.e., low life time risk) and elevated CAC, a feature seen in nearly 15% of these individuals, had a mortality rate of 16.89/1,000 person-years, as compared to those traditionally considered at higher risk (≥3 risk factors) and CAC 0 had a mortality rate of 2.72/1,000 person-years. This study has however limited due to self-reported risk factor status, potential referral bias, and lack of CHD-specific mortality. However, these findings were recently verified in the prospective multi-ethnic study of atherosclerosis (MESA) cohort.12 In this study, there was a strikingly similar prevalence of coronary artery atherosclerotic disease (CAC > 0) of 32% as reported by Hulton et al. in this study among those with zero-risk factors. In a median follow-up slightly less than 10 years (7.5 years), in this group with no risks factors, likely to be considered at low “lifetime” risk, the estimated short-term (10 year) all CHD risk ranged from 3 to 11% across the spectrum of increasing CAC burden.14 This evidence clearly demonstrates that one cannot reliably equate absence of risk factors to low risk of CHD and supports future guidelines to consider identifying underlying atherosclerotic burden for earlier preventive strategies in this traditionally low risk group.

How can we identify a truly “low risk” individual? A major goal of CVD risk stratification strategies is not only to accurately identify those at risk for early initiation of preventive therapies, but also to appropriately identify individuals at truly low risk, among whom the yield of preventive pharmacotherapies may be limited and for using less healthcare resources in a population of patients unlikely to receive net benefit from intervention.

In this regard, CAC testing provides additional value over risk score estimates. The “Power of CAC = 0” confers a very low risk for future CVD events shown by a series of studies including a large meta-analysis, retrospective, and prospective studies with very low event rate of ~1 per 1000 patient-years (~1% 10-year event rate)13-15. However the true value of CAC = 0 lies appears to be realized in recent studies by accurately “de-risking” individuals already deemed high risk enough to be considered for lifelong preventive medications such as those with multiple risk factors,11,16-18 elderly,19 dyslipidemia, considered for polypill20 as well as diabetics.21,22 A common theme in all these studies is that a sizeable proportion of those traditionally considered at high risk have no signs of early atherosclerotic disease (CAC = 0), an extremely low risk of incident CVD, and—as a result—an unacceptably high number to treat (NNT) to prevent one cardiac event.23-25 For example Silverman estimated that even among individuals with 10-year FRS of >20%, the absence of CAC was associated with an actual risk of 2.5% in next 10 years and NNT of 285.12 These findings should result in more debate among the policy makers to re-assess if we can afford the luxury to treat a large number of individuals to prevent few events and whether the power of CAC = 0 can help in prioritizing how best to allocate our limited resources.

Is it Time for Paradigm Shift for Personalized Risk Assessment Strategies? The finding from Hulten et al support the emerging notions the decision-making process based on traditional risk factors (including assessment of LTR) to accurately determine early atherosclerotic disease, future risk of clinical CVD events, and as a result subsequent intensity of primary prevention as such assessments fall significantly short. With overwhelming evidence suggesting that these varying risk calculations based on traditional risk factors are clearly comparable to the “same wine, different bottles” analogy, we believe it’s time to seriously consider a paradigm shift where detection of subclinical atherosclerosis could serve as the initial step in evaluating cardiovascular risk.25,26 Our message is very clear: since risk factors and biomarkers cannot really rule out disease, they can only be used to raise risk estimates, and, thus, are inextricably tied to more treatment and unwanted downstream consequences. In this situation, prior to labeling one as low or high LTR, CAC testing provides an excellent opportunity to guide appropriate therapeutic choices by matching one’s clinical risk to limit both under and overtreatment. We need to realize that in the current era we need highly efficient tools to inform beyond making wild guesstimations (FRS, LTR, etc.). The question is, do we have the COURAGE to use them?