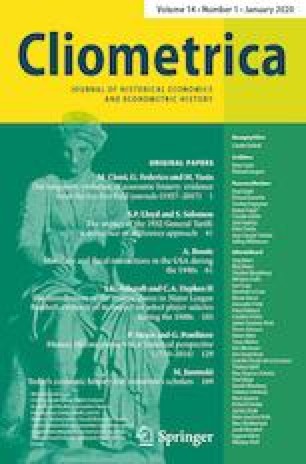 The introduction of the reserve clause in Major League Baseball: evidence of its impact on select player salaries during the 1880s

This paper investigates the impact of baseball’s reserve clause as it evolved from a “gentleman’s agreement” to a formal contract stipulation. Using data describing the salaries of 34 Major League Baseball players during the 1880s, we test whether average salaries, remuneration to marginal product, and the premium paid to a player for changing teams were materially impacted when the reserve clause became binding in 1887. The empirical results suggest that, controlling for player attributes and the overall macroeconomy, average real salaries in the sample fell by 6–9% after the binding reserve clause. We also find that the premium for moving to a new team was reduced by 70% after the binding reserve clause was implemented, supporting Rottenberg’s invariance principle.

Nature remains neutral with regard to jurisdictional claims in published maps and institutional affiliations.