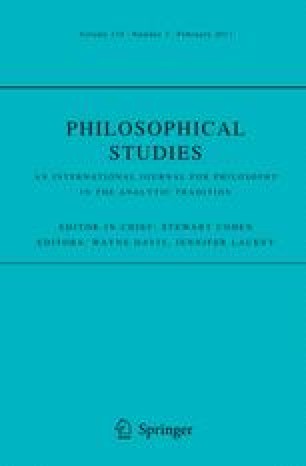 My primary target in this paper is a puzzle that emerges from the conjunction of several seemingly innocent assumptions in action theory and the metaphysics of moral responsibility. The puzzle I have in mind is this. On one widely held account of moral responsibility, an agent is morally responsible only for those actions or outcomes over which that agent exercises control. Recently, however, some have cited cases where agents appear to be morally responsible without exercising any control. This leads some to abandon the control-based account of responsibility and replace it with an alternative account. It leads others to deny the intuition that agents are responsible in these troublesome cases. After outlining the account of moral responsibility I have in mind, I look at some of the arguments made against the viability of this theory. I show that there are conceptual resources for salvaging the control account, focusing in particular on the nature of vigilance. I also argue that there is empirical data that supports the control account so conceived.

Thanks to Eleonore Stump, Jon Jacobs, Kevin Timpe, William T. Newsome, John Greco, Philip Swenson, Leigh Vicens, Anne Jeffrey, Fritz Warfield, Peter van Inwagen, Al Mele, John Schwenkler, Angela Smith, E.J. Coffman, Markus Kohl, David Palmer, Walter Sinnott-Armstrong, Michael Murray, Jesse Summers, Adina Roskies, Chandra Sripada, Katrina Sifferd, Holly Smith, Santiago Amaya, and Jorah Dannenberg for discussion and constructive criticism on these ideas. Special thanks to Manuel Vargas, Jonathan D. Cohen, Randy Clarke, Derk Pereboom, and Robert Audi, each of whom read at least one (and sometimes many) different drafts of this paper and provided extremely helpful feedback. Versions of this paper were presented at the 2014 Society of Christian Philosophers Eastern Meeting; the 2015 Interdisciplinary Perspectives on Moral Responsibility conference at Utah Valley University; the 2015 Tennessee Value and Agency Conference; the 2015 Free Will, Moral Responsibility, and Agency Conference at Florida State; and the Stanford Graduate Student Workshop (with special thanks to Robert Bassett for arranging the meeting). All of these meetings proved enormously fruitful and my thanks go to the audience members at each of those meetings for pressing insightful criticisms. Also, thanks to the Moral Attitudes and Decision-Making lab and the Imagination and Modal Cognition lab at Duke University and the Neuroscience of Cognitive Control lab at Princeton University for further discussion of these ideas, particularly the empirical dimensions of the work. I’m grateful to Florida State University for a research grant through the Philosophy and Science of Self-Control project and the Stanford University Neurobiology Department, both of whom funded part of this research.