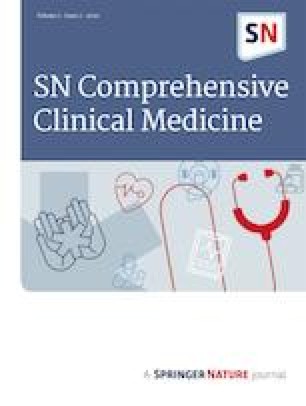 Zieve’s Syndrome: an Unusual Cause of Anemia

Zieve’s syndrome (ZS) is a rare condition that includes alcoholic hepatitis, hyperlipidemia, and hemolytic anemia. We describe a severe case of ZS in a 39-year-old female patient with refractory symptoms who ultimately succumbed to her liver injury 6 weeks from her initial presentation to the hospital despite multiple attempts at alcohol cessation rehabilitation. Clinicians need to maintain a high index of suspicion for ZS in patients with alcoholic hepatitis who have transfusion refractory anemia. Alcohol abstinence is essential for recovery. The major challenge with this syndrome remains early diagnosis, and our goal is that increased case reporting will raise clinician awareness.

This article is part of the Topical Collection on Medicine

Zieve’s syndrome (ZS) is a triad of alcoholic hepatitis, hyperlipidemia, and hemolytic anemia [1]. It is a rare condition that often goes undiagnosed, given its clinical similarities to alcoholic hepatitis and because clinicians rarely check a lipid profile in hospitalized patients with acute alcohol hepatitis [1]. Clinicians need to be aware of ZS for several reasons: First, hemolysis increases unconjugated bilirubin levels, leading to false inflation of the Maddrey’s discriminant function (MDF), which may lead to the unnecessary prescription of steroids [2]. Second, the anemia that occurs from hemolysis may be misinterpreted as a gastrointestinal bleed, leading to extra endoscopic procedures. Finally, since patients can present with fever and abdominal pain, diagnosis may be misconstrued for other causes such as sepsis or acute cholecystitis [2, 3, 4].

Zieve’s syndrome has been previously reported in the literature, especially among patients in eastern European countries [5]. We describe a severe case of ZS in a patient with refractory symptoms who ultimately succumbed to her liver injury 6 weeks from her initial presentation to the hospital.

A 39-year-old female with longstanding history of alcohol abuse presented with a 1-month history of progressive jaundice, abdominal swelling, and bilateral lower extremity edema. On admission, her labs were notable for hemoglobin of 4.5 mg/dL, mean corpuscular volume (MCV) of 131, platelet count of 53, total bilirubin of 14.4 mg/dL, and conjugated bilirubin of 5.2 mg/dL. Her alcohol level was 325 mg/dL. A right upper quadrant ultrasound was significant for cirrhosis and distended gallbladder without gallstones or wall thickening along with ascites. She was transfused four units of packed red blood cells (PRBCs), with an improvement in her hemoglobin to 7.6 mg/dL. Further workup of her anemia showed a reticulocyte count of 20.2%, lactate dehydrogenase level of 288 mg/dL, and a haptoglobin level which was undetectably low, suggestive of hemolysis. Workup for causes of cirrhosis was unremarkable (ceruloplasmin, iron studies, anti-liver/kidney antibody, anti-mitochondrial antibody, alpha-1 antitrypsin antibody, hepatitis A/B/C antibodies, total IgG, and anti-smooth muscle antibodies). Folic acid and vitamin B12 levels were within normal limits. Diagnostic paracentesis was consistent with portal hypertension. Her MELD was 16 and MDF was 60.4. Given the improvement in her clinical symptoms and stabilization of biochemical parameters, the primary and consulting teams felt it was appropriate for the patient to discharge with close outpatient follow-up. She was prescribed a 7-day course of prednisolone, referred to alcoholics anonymous, and discharged to an outpatient alcohol rehabilitation program.

Two weeks later, she presented to the emergency department with worsened bilateral lower extremity edema. She did not follow up for her outpatient hepatology appointment for assessment of her Lille score. She was unable to take the previously prescribed prednisolone due to significant nausea and vomiting. On admission, her hemoglobin was 6.0 mg/dL, platelet count was 45, MCV was 110, total bilirubin was 15.2 mg/dL, and conjugated bilirubin was 5.80 mg/dL. Her MELD was 23. A direct antiglobulin test was negative. Factor 8 and von-Willebrand factor levels were normal. Computed tomography scan of the chest, abdomen, and pelvis was negative for malignancy or hemorrhage. A peripheral smear showed schistocytes and acanthocytes (Fig. 1). She was transfused three units of PRBCs. A lipid profile showed a total cholesterol of 229, triglycerides of 95, high density lipoprotein of 22, and low-density lipoprotein of 195. She was discharged to an inpatient alcohol rehabilitation program.

Two weeks after discharge, she presented to the emergency department with jaundice, generalized weakness, and worsened RUQ abdominal pain. She left her inpatient rehabilitation program and had a 2-day alcohol binge prior to admission. Her hemoglobin was 4.5 mg/dL, platelet count was 60, MCV was 111, total bilirubin was 20.3 mg/dL, and conjugated bilirubin was 6.80 mg/dL (Fig. 2). Her MELD was 27. She was transfused with five units of PRBCs, but her hemoglobin did not increment above 6.5 mg/dL (Fig. 3). She developed severe hepatic encephalopathy without response to rifaximin or lactulose. Her hospital course was further complicated by hepatorenal syndrome. Her MELD score was 34.

A final diagnosis of Zieve’s syndrome was made based on the presence of alcohol hepatitis, transfusion-refractory hemolytic anemia, and hyperlipidemia. Despite multiple attempts at both outpatient and inpatient alcohol rehabilitation, the patient was unsuccessful in maintaining sobriety. Given her guarded prognosis, extensive discussions were had with the family, and she was transitioned to hospice care and passed away 5 days after her third discharge.

ZS is commonly undiagnosed and under-reported. Over 150 cases have been reported in non-English literature [5]. Of the 39 patients presented in full-text English language articles in the literature to date, eight cases were in women and thirty-one were in men. Patient’s age ranged from 28 to 65 years old (mean age 42.3 years). Average total bilirubin was 9.76 mg/dL. Average hemoglobin was 8.96 mg/dL. Average total cholesterol was 470. Average LDH was 257 mg/dL. Average retic count was 10.1%. Most patients did not receive prednisolone and fully recovered after hospital discharge if alcohol cessation was maintained (Table 1).
Table 1

Our patient was 39, younger than the average age of 42.3 years. She was also female, a gender seen in a minority of previously reported cases. She had a total bilirubin three times the average seen in prior cases, and a hemoglobin 33% lower than average. Although her total cholesterol and LDH were lower than previous cases, the severity of her labs indicates the morbidity of persistent alcoholism and ZS. Although initial management of our patient included packed red blood cell transfusions, peripheral blood smear confirmed significant hemolysis and evidence of end-stage liver disease. This confirmed one of the hallmark features of ZS—hemoglobin that fails to increment with repeated transfusions due to severe hemolysis and disruption in the red blood cell membrane [5, 7, 9]. A unique feature of our patient’s anemia was that it was macrocytic, despite significant hemolysis. This has only been reported in one other case report [5].

Hyperlipidemia in ZS occurs from increased fat mobilization from the liver, along with damaged pancreatic cells releasing lipids into the bloodstream [1, 10]. A lipid profile is not typically included in a workup of hemolysis or alcoholic hepatitis, but should be obtained if ZS is being considered [5, 6]. Our patient’s lipid panel was elevated, further suggesting Zieve’s syndrome as a diagnosis.

Most common findings on peripheral blood smear include spherocytes, reticulocytosis, and target cells [5, 9]. Alcohol abstinence is the mainstay of treatment for ZS, typically leading to full resolution of symptoms and lab abnormalities [5, 7]. Liver transplantation can be considered among patients who remain transfusion dependent despite alcohol abstinence [2]. Over-prescribing steroids can increase the risk of side effects including infections and bleeding [7]. Although most cases included in our review were able to abstain from alcohol and fully recover, our patient experienced multiple relapses and ultimately succumbed to her illness. This highlights the importance of alcohol abstinence in the recovery from ZS [8].

Clinicians need to maintain a high index of suspicion for ZS syndrome in patients with alcoholic hepatitis who have transfusion refractory anemia. Checking a lipid panel and evaluating for hemolysis is recommended. Alcohol abstinence is essential, and the role of steroids in ZS is not established. The major challenge with this syndrome remains early diagnosis, and our goal is that increased case reporting will raise clinician awareness.

The authors would like to thank the Departments of Internal Medicine and Gastroenterology for encouraging this research project.

This case report was exempt from institutional review board approval since de-identified patient information was used. Consent to publish this case report was obtained from the patient and her legally authorized representative prior to writing the manuscript.