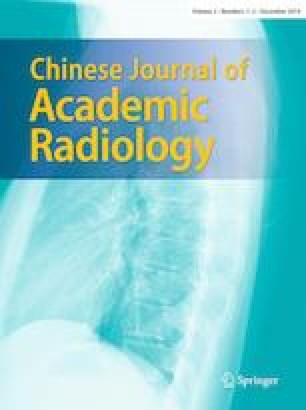 To study the value of whole-tumor histogram analysis which is based on apparent diffusion coefficient maps in grading diagnosis of ependymoma.

71 patients with ependymal tumors were retrospectively analyzed, including 13 cases of WHO grade I, 28 cases of WHO grade II, and 30 cases of WHO grade III. Mazda software was used to draw the region of interest (ROI) in the apparent diffusion coefficient maps of three groups on every layer of tumor level. The whole-tumor gray histogram analysis was carried to obtained nine characteristic parameters, including mean, variance, kurtosis, skewness, Perc.01%, Perc.10%, Perc.50%, Perc.90%, and Perc.99%. When the parameters satisfy the test of normal distribution and homogeneity of variance, single factor analysis of variance (ANOVA) was carried to compare the three groups and LSD t test was performed to compare the two groups. Besides, the ROC curve was used to analyze the diagnostic efficacy of the parameters.

Ependymoma originates from ependymal cells and glial epithelial cells in the ventricular system and the lining of the central spinal canal. The main clinical manifestations of patients with ependymoma are headache, dizziness, vomiting, and standing instability. According to the classification of 2016 WHO nervous system, ependymoma can be classified into grade I–III [1]. WHO type I ependymoma is a benign tumor, and WHO type II is between benign and malignant [2]. WHO type III, also known as anaplastic ependymoma, is a malignant ependymoma and the tumor cells are easily disseminated along the cerebrospinal fluid. And WHO type III of ependymoma has the characteristics of strong invasiveness, poor prognosis, and easy recurrence. Therefore, the preoperative classification of ependymoma is very important for treatment and prognosis. Previous literatures have used imaging features, ADC values, or dynamic enhancement curves to identify different grades of ependymoma [3, 4, 5]. However, the imaging features of benign and malignant ependymoma are often insignificant, which have little value in differentiating the type and grade of tumors. Histogram analysis is a new image analyzing method based on voxel distribution, which can provide more quantitative information, thus reflecting the heterogeneity and the diffusion characteristics of tumors in many aspects [6]. In this study, the ADC images of different grades of ependymoma were collected to explore the value of the whole-tumor histogram analysis based on ADC images in the classification and diagnosis of ependymoma.

A retrospective analysis was carried on MRI of 71 ependymoma cases confirmed by pathology in our hospital from February 2012 to December 2018. The age of the participants ranged from 1 to 74 years, with an average of (46.8 ± 3.5) years. Among them, there are 13 cases of WHO grade I, 28 cases in grade II and 30 cases were in grade III. And the basic data and tumor types of the participants are shown in Table 1. The inclusion criteria were: (1) the ependymoma confirmed by operation and pathology; (2) the patient did not undergo intracranial decompression, chemotherapy, or radiotherapy before conventional MRI examination. Besides, this study was approved by the Medical Ethics Committee of our hospital, and all the subjects signed the informed consent.
Table 1

Characteristics of patients with different grades of ependymoma

SPSS 21.0 statistical software was applied to analyze the data. Statistical descriptions of measurement data were made by mean ± standard deviation (mean ± SD). If the data conformed to normal distribution and the variance is homogeneous, one-way ANOVA is used for multigroup comparisons and LSD t test was used for two-group comparisons. When the data did not satisfy normal distribution or homogeneity of variance, Kruskal–Wallis test was used for multigroup comparisons and Bonferroni test was used for comparisons between two groups. We defined that P < 0.05 had significant difference. The ROC curve was established to determine the optimal threshold for differentiating the three groups of tumors. The AUC was calculated and the diagnostic efficiency of the parameters was analyzed by ROC curve.

Histogram data of each group with ependymoma (x̄ ̄± s)

The efficacy of variance, Perc.01%, and Perc.10% in differentiating WHO grade II from WHO grade I of ependymoma

The efficacy of Perc.01% and Perc.10% in differentiating WHO grade III from WHO grade I of ependymoma

The efficacy of variance, Perc.01%, and Perc.10% in differentiating WHO grade III from WHO grade II of ependymoma

Texture analysis, as a new technology, is more and more widely used in extracting features from medical images. Texture analysis of medical images can provide quantitative information for differential diagnosis, grading, and predicting therapeutic effect [7, 8]. Histogram is the most commonly used tool in texture analysis of medical images. Mazda software can generate histograms about given regions of interest in the images [9], and calculate a lot of texture parameters from histograms, such as mean, variance, percentile, etc. Mean value shows the absolute value of the diffusion amount, reflecting the heterogeneity and invasiveness of tumors to a certain extent. Low mean values indicate limited diffusion, while high mean values indicate increased diffusion. The variance reflects the discrete degree of the average gray value. The smaller the variance, the closer the data approached the average value, indicating that the texture of the tumors is more similar in the group [10]. The histogram skewness described the distribution symmetry of variable values, indicating the distribution asymmetry degree relative to the mean value [11]. The positive skewness indicated that the asymmetric tail of the distribution tended to larger values, and the distribution’s body was centered on the right side, while the vast majority of values (including the median) were on the left side of the mean value. The negative skewness indicated that the asymmetric tail of the distribution tended to smaller values. The larger the absolute value of skewness, the greater the skewing of distribution form. The kurtosis of histograms was the statistic describing the distribution steep degree of all values in the whole, which reflected the relative sharpness or flatness of a distribution compared with normal distribution [12]. A positive peak indicated a sharper distribution than normal distribution and a negative peak indicated a flatter distribution than normal distribution. Percentile represents the voxel value of the histogram.

In recent years, ADC values have been widely used in the classification and differential diagnosis of various brain tumors [13]. It is considered that there are many factors affecting ADC value of tumors, including cell density, size and arrangement of tumors, number of organelles in cells, etc. However, the main factor is the cell density. And the microscopic features of ependymoma are that the density of tumor cells is between medulloblastoma and low-grade astrocytoma, and therefore, the ADC value is between the ADC value of medulloblastoma and astrocytoma.

Up to now, there have been many reports on ADC histogram in grading glioma, most of which are about the application of texture analysis in heterogeneity of tumors [14, 15, 16, 17]. However, there are few reports about the use of texture analysis in ependymoma grading [18, 19]. In this study, we are aiming to explore the value of ADC-based whole-tumor histogram analysis in the grading diagnosis of ependymomas. By analyzing the nine parameters, we found that the Variance, Perc.01% and Perc.10% were significantly different among the three groups. ROC curve showed that the Perc.10% between WHO I and WHO II, WHO I and WHO III had high diagnostic efficiency. Also, the Perc.10% value of WHO grade I ependymoma was the highest, indicating that the voxel value of WHO grade I ependymoma was higher than that of other two grades. Lu et al. [20] found that the percentile of ADC histogram can be used to distinguish primary central nervous system lymphoma from active demyelinating lesions of tumors, similar to the results of this study. The variance between WHO II and WHO III has a high diagnostic efficiency. In this study, WHO I ependymoma had the smallest variance, and WHO II ependymoma and WHO III ependymoma had relatively larger variance. This was due to that the texture of WHO I ependymoma was relatively homogeneous, and those of WHO II and WHO III are relatively complex and heterogeneous. Wang et al. [21] found that histogram variance had a high diagnostic efficiency in grading and differentiating prostate cancer, which was similar to the results of this study.

Histogram analysis can provide non-invasive diagnostic information for grading diagnosis of ependymoma. In addition, the ROIs in this study include not only the parenchymal part of the tumor, but also the necrosis, cystic degeneration, and hemorrhage that reflect the heterogeneity of the tumor. Thus, the method of whole-tumor histogram analysis based on voxel distribution is more accurately and reliably in reflecting the heterogeneity of tumors, and it can avoid the sampling error caused by ROI in local area in the greatest extent, and provide more quantitative information for the identification or classification of tumors [22, 23].

There are some limitations in our research. First, it is a small-scale retrospective study in which the number of patients in three groups was unbalanced, especially the group of WHO I only had 13 cases, and we will collect more cases in the future studies; second, because of the low resolution of ADC maps, it is difficult to clearly define the edge of tumors on ADC maps. Our study defines the edge of tumors by referring T2WI and T1 enhanced images. However, there are still some problems in image registration between different sequences. It is expected that image fusion or computer intelligent image registration will be introduced to solve these problems in the future research.

To sum up, our research shows that the whole-tumor histogram analysis based on ADC maps is a non-invasive method that synthesizes all voxels of the entire tumor volume to obtain histogram parameters. Thus, the results are more objective variability and are helpful in grading diagnosis of ependymoma.