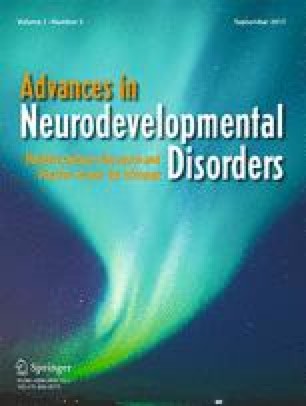 Assessment and Intervention with Patients with Severe Disorders of Consciousness

Much attention has been devoted to assessment and intervention with patients with disorders of consciousness (i.e., patients whose consciousness is affected by damage to the brain) (Bodien and Giacino 2016; Giacino et al. 2014; Gosseries et al. 2016; Laureys et al. 2006; Lopez-Rolon 2017; Stokes et al. 2016). Regarding assessment, the main viewpoint in recent literature underlines the importance of reliably determining the patients’ state of functioning (whether they are in a vegetative state or in a minimally conscious state) and suggests a variety of assessment tools that might be suitable for that purpose (Demertzi et al. 2015; Fingelkurts et al. 2016; Fins 2016; Lancioni et al. 2014a). An alternative viewpoint on the issue doubts the dichotomy between vegetative state (or Unresponsive Wakefulness Syndrome) and minimally conscious state and, in light of that, any specific needs to refine the assessment strategies and determine the dividing lines between those two states (Gosseries et al. 2014; Liberati et al. 2014).

Regarding intervention, multiple procedures (e.g., environmental and brain stimulation) have been advocated to improve the condition of patients with disorders of consciousness (Di Stefano et al. 2012; Georgiopoulos et al. 2010; Lancioni et al. 2014b; Lotze et al. 2011; Pape et al. 2015). Those procedures indicate diverse types of emphasis and theoretical backgrounds, which have clear implications (a) for the role of the assessment (for deciding whether the functioning level of the patient should be determined prior to the intervention) and (b) for the role of the patient within the intervention program set up for him or her (Hauger et al. 2015, 2017; Lancioni et al. 2014a). The goal of this paper is to reflect on both assessment and intervention by providing a brief account of main assessment and intervention procedures, drawing general considerations about their usability and potential, and envisaging possible lines of progress in those areas.

Main assessment tools for determining an individual’s functioning state include behavioral scales, neurophysiological strategies, neuroimaging techniques, and learning test strategies. Typically, more than one tool is used for the assessment. Behavioral scales are perhaps the most accessible and most frequently used assessment tools (Boly 2011; Lechinger et al. 2013; Seel et al. 2010). The Coma Recovery Scale-Revised (CRS-R) is considered to be the most dependable scale for identifying sensory and communication expressions or responses to objects that serve to determine the patient’s level of functioning (Boly 2011; Bosco et al. 2010; Bruno et al. 2011; Doig and Lane-Brown 2012; Godbolt et al. 2012; Kalmar and Giacino 2005; La Porta et al. 2013; Schnakers et al. 2009; Seel et al. 2010; Shiel et al. 2000). Problems with this scale (and similar scales) are likely to arise when patients do not possess the hand and head responses relevant for some of the scale items and/or are unable to comprehend verbal instructions (Bosco et al. 2009; Di Perri et al. 2016; Lancioni et al. 2014a; Owen and Coleman 2008; Schmitter-Edgecombe 2006).

Neuroimaging techniques, such as functional magnetic resonance imaging (fMRI), can help identify potential abilities even in cases with minimal (or no apparent) responsiveness (Bodart et al. 2013; Coleman and Pickard 2011; Harrison and Connolly 2013; Monti 2012; Owen 2013; Owen and Coleman 2008). Indeed, the use of those techniques has allowed researchers to reach important diagnostic conclusions (e.g., Blume et al. 2015; Monti et al. 2010; Owen et al. 2006). Notwithstanding the power of these techniques, their application remains a difficult methodological and practical challenge in most medical and care or rehabilitation contexts and might also lead to unreliable results in patients who have problems focusing on specific assessment stimuli or following verbal instructions (Bodien and Giacino 2016; Edlow et al. 2013; Harrison and Connolly 2013; Mashour and Avidan 2013; Vul and Pashler 2012). A similarly powerful and complex alternative to fMRI in this assessment area is positron emission tomography (PET) (Giacino et al. 2014; Rosanova et al. 2012; Stender et al. 2014, 2016).

Environmental stimulation is normally arranged and controlled by caregivers/therapists in charge of the patients and represents the most frequently used intervention approach (Abbate et al. 2014; Sullivan et al. 2017). In its basic form, this approach involves the presentation of simple, daily stimulus events such as music and verbal inputs during specific periods of time (Daveson 2010; Georgiopoulos et al. 2010; Giacino 1996; Hirschberg and Giacino 2011). In its more elaborate forms, this approach involves specific daily sessions with the presentation of intensive multisensory stimulation, a physically and verbally guided manipulation of relevant daily objects or exposure to emotional and autobiographical stories (e.g., Di Stefano et al. 2012; Pape et al. 2015). The most basic forms of stimulation are considered unlikely to have a significant impact on the patients’ levels of attention and direct involvement with the context or their long-term recovery prospects (Abbate et al. 2014; Lancioni et al. 2014b; Lombardi et al. 2002). The intensive/elaborate and emotionally charged forms of stimulation are considered more likely to have positive effects on the patients’ behavior and recovery process (Di Stefano et al. 2012; Lotze et al. 2011; Pape et al. 2015).

The use of TMS or tDCS represents a fairly common approach, whose implementation does not require any specific/direct involvement on the part of the patient (Chervyakov et al. 2015; Guerra et al. 2014; Pisani et al. 2015). While general support is available for this approach, the studies assessing its impact with patients with disorders of consciousness seem to suggest some caution. For example, Pape et al. (2009), Piccione et al. (2011), and Manganotti et al. (2013) reported differing results as to the effectiveness of repeated TMS in fostering the patients’ arousal and awareness. Angelakis et al. (2014), Naro et al. (2015, 2016), and Thibaut et al. (2014, 2017) reported promising effects of tDCS, but these effects were not necessarily robust or consistent across patients and were related to different types of measures (Lefaucheur et al. 2017).

The studies reporting on deep brain stimulation (i.e., electrical stimulation of the thalamus through implanted electrodes) have stressed that this approach might prove quite relevant in terms of its overall impact, that is, in terms of increase in patients’ alertness, awareness, and general responsiveness. Even so, great caution is required with respect to the use of this approach, as it remains an experimental, hospital-based methodology, which has been subject to limited research evaluation and presents serious medical risks connected to the implantation and maintenance of the electrodes (Giacino et al. 2012; Guerra et al. 2014; Schiff et al. 2007, 2009; Yamamoto et al. 2013).

Learning-based intervention programs are largely different from the aforementioned intervention approaches. Indeed, these programs are designed to monitor the patients’ responding and ensure that such responding becomes an effective means to manage stimulation control and/or social interaction requests independently of external assistance (Lancioni et al. 2014a, b, c, 2015; Wallace and Bradshaw 2011). In practice, the objective of these programs is to help the patients acquire an active role characterized by self-determination and positive behavioral engagement. Promoting such a role affords an opportunity to grow rather than a simple increase in stimulation input (Lancioni et al. 2014c; McNamee et al. 2012; Müller-Patz et al. 2013).

The first three approaches mentioned above (i.e., environmental stimulation arranged/mediated by a therapist, TMS or tDCS, and deep brain stimulation) are deemed applicable with patients in a vegetative state as well as patients in a minimally conscious state. The approach based on learning principles, on the other hand, can be considered functional/specific for patients in a minimally conscious state, that is, for patients who can learn the relationship between their responding and environmental events (Lancioni et al. 2014a, 2015). This approach allows them to plan their responding and make it meaningful, with consequent improvements in alertness/attention (Lancioni et al. 2014b, c).

Following the aforementioned statements about the different approaches, it could be argued that the adoption of any of the first three does not necessarily require preliminary assessment of the patient’s functioning state. The adoption of the last approach, by contrast, relies on and assumes the presence of a minimally conscious state that needs to be previously ascertained.

Two closing considerations could be formulated with regard to assessment. First, using supplements to (corrections of) the behavioral scales might be viewed as a practically relevant initiative to overcome the limitations of the scales and increase diagnostic accuracy. The aforementioned learning test strategies and the complementary motor behavior evaluation tool recently described by Pignat et al. (2016) could be interpreted as examples of those supplements/corrections (Di Perri et al. 2016; Lancioni et al. 2014a; Monti 2012). Second, repeating the assessment over time and using combinations of behavioral and electrophysiological or neuroimaging procedures for such an assessment would constitute important cautionary conditions to curb the risks connected with individual fluctuations and reduce misdiagnosis (Cortese et al. 2015; Dolce et al. 2015; Gilutz et al. 2015).

Two closing considerations could also be formulated with regard to intervention. First, additional data would be essential to determine the real impact of the different intervention procedures and the reliability/stability of such impact across patients. Second, comparisons between procedures could be critically important to establish their relative effects on a number of dimensions. For example, one could compare common programs of environmental stimulation with learning-based intervention programs on measures such as attention and alertness. To this end, one could gather data on eye-opening time, orienting, and head movements or on heart-rate variability under the different conditions (Dolce et al. 2015; Lancioni et al. 2014c; Riganello et al. 2013).

In conclusion, it could be argued that the assessment and intervention procedures available represent a massive resource for any professional working with patients with disorders of consciousness, but do not always ensure a satisfactory outcome due to limitations in applicability/reliability or general impact. New research efforts would need to (a) determine ways to make the assessment practically affordable and dependable (e.g., by envisaging supplements to or combinations of what is available; see above) and (b) clarify how best to measure the impact and implications of the intervention strategies so as to reach a new level of knowledge and advance in this area.

GEL conceived and wrote the paper, and AB, MFO’R, JS, and MOB contributed to the writing and editing of the paper.