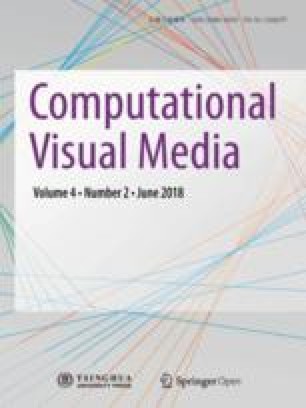 Interacting with digital contents in 3D is an essential task in various applications such as modeling packages, gaming, virtual reality, etc. Traditional interfaces using keyboard and mouse or trackball usually require a non-trivial amount of working space as well as a learning process. We present the design of EZ-Manipulator, a new 3D manipulation interface using smartphones that supports mobile, fast, and ambiguity-free interaction with 3D objects. Our system leverages the built-in multi-touch input and gyroscope sensor of smartphones to achieve 9 degrees-of-freedom axis-constrained manipulation and free-form rotation. Using EZ-Manipulator to manipulate objects in 3D is easy. The user merely has to perform intuitive singleor two-finger gestures and rotate the hand-held device to perform manipulations at fine-grained and coarse levels respectively.We further investigate the ambiguity in manipulation introduced by indirect manipulations using a multi-touch interface, and propose a dynamic virtual camera adjustment to effectively resolve the ambiguity. A preliminary study shows that our system has significant lower task completion time compared to conventional use of a keyboard–mouse interface, and provides a positive user experience to both novices and experts.

This article is published with open access at Springerlink.com

Po-Huan Tseng received his master degree from “National Tsing Hua University”, Taiwan, China. He is currently working at Synology as a software engineer. His research interests include computer graphics and human–computer interaction.

Shih-Hsuan Hung is a research assistant in the GAME center in “National Taiwan University of Science and Technology” (NTUST), Taipei, Taiwan, China. He received his M.S. degree in computer science and information engineering (CSIE) from NTUST in 2016. His research interests are in computer graphics and multimedia.

Pei-Ying Chiang is an assistant professor in CSIE at “National Taipei University of Technology”, Taipei, Taiwan, China. She received her M.S. and Ph.D. degrees in compucter science from University of Southern California in 2006 and 2011 respectively. Her research interests are in computer graphics and human–computer interaction.

Chih-Yuan Yao is an associate professor in CSIE at NTUST, Taipei, Taiwan, China. He received his M.S. and Ph.D. degrees in CSIE from “National Cheng Kung University”, Tainan, Taiwan, China, in 2003 and 2010 respectively. His research interest are in computer graphics and multimedia.

Open Access The articles published in this journal are distributed under the terms of the Creative Commons Attribution 4.0 International License (http://creativecommons.org/licenses/by/4.0/), which permits unrestricted use, distribution, and reproduction in any medium, provided you give appropriate credit to the original author(s) and the source, provide a link to the Creative Commons license, and indicate if changes were made.

Other papers from this open access journal are available free of charge from http://www.springer.com/journal/41095. To submit a manuscript, please go to https://www.editorialmanager.com/cvmj.