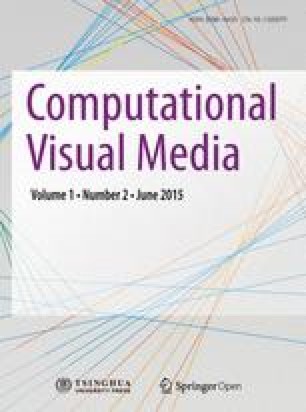 Modern computer graphics applications commonly feature very large virtual environments and diverse characters which perform different kinds of motions. To accelerate path planning in such a scenario, we propose the subregion graph data structure. It consists of subregions, which are clusters of locally connected waypoints inside a region, as well as subregion connectivities. We also present a fast algorithm to automatically generate a subregion graph from an enhanced waypoint graph map representation, which also supports various motion types and can be created from large virtual environments. Nevertheless, a subregion graph can be generated from any graphbased map representation. Our experiments show that a subregion graph is very compact relative to the input waypoint graph. By firstly planning a subregion path, and then limiting waypoint-level planning to this subregion path, over 8 times average speedup can be achieved, while average length ratios remain as low as 102.5%.

This article is published with open access at Springerlink.com

Henry Johan is a senior research fellow in Fraunhofer IDM@NTU (Singapore). Previously he was a postdoctoral fellow in the Department of Complexity Science and Engineering at the University of Tokyo (Japan). Then, he joined the School of Computer Engineering at Nanyang Technological University (Singapore) as an assistant professor. His research interests in computer graphics include rendering, animation, and shape retrieval. He received his B.S., M.S., and Ph.D. degrees in computer science from the University of Tokyo in 1999, 2001, and 2004, respectively.

Hock Soon Seah is a professor at the School of Computer Engineering (SCE) at Nanyang Technological University (NTU), Singapore. He directs the National Research Foundation MultiplAtform Game Innovation Centre (MAGIC), which is supported by the Singapore Media Development Authority, to champion efforts in research, development, education, commercialization, and impact of digital games in Singapore. He is a Fellow of the Singapore Academy of Engineering.

Open AccessThis article is distributed under the terms of the Creative Commons Attribution 4.0 International License (https://creativecommons.org/licenses/by/4.0), which permits use, duplication, adaptation, distribution, and reproduction in any medium or format, as long as you give appropriate credit to the original author(s) and the source, provide a link to the Creative Commons license, and indicate if changes were made.